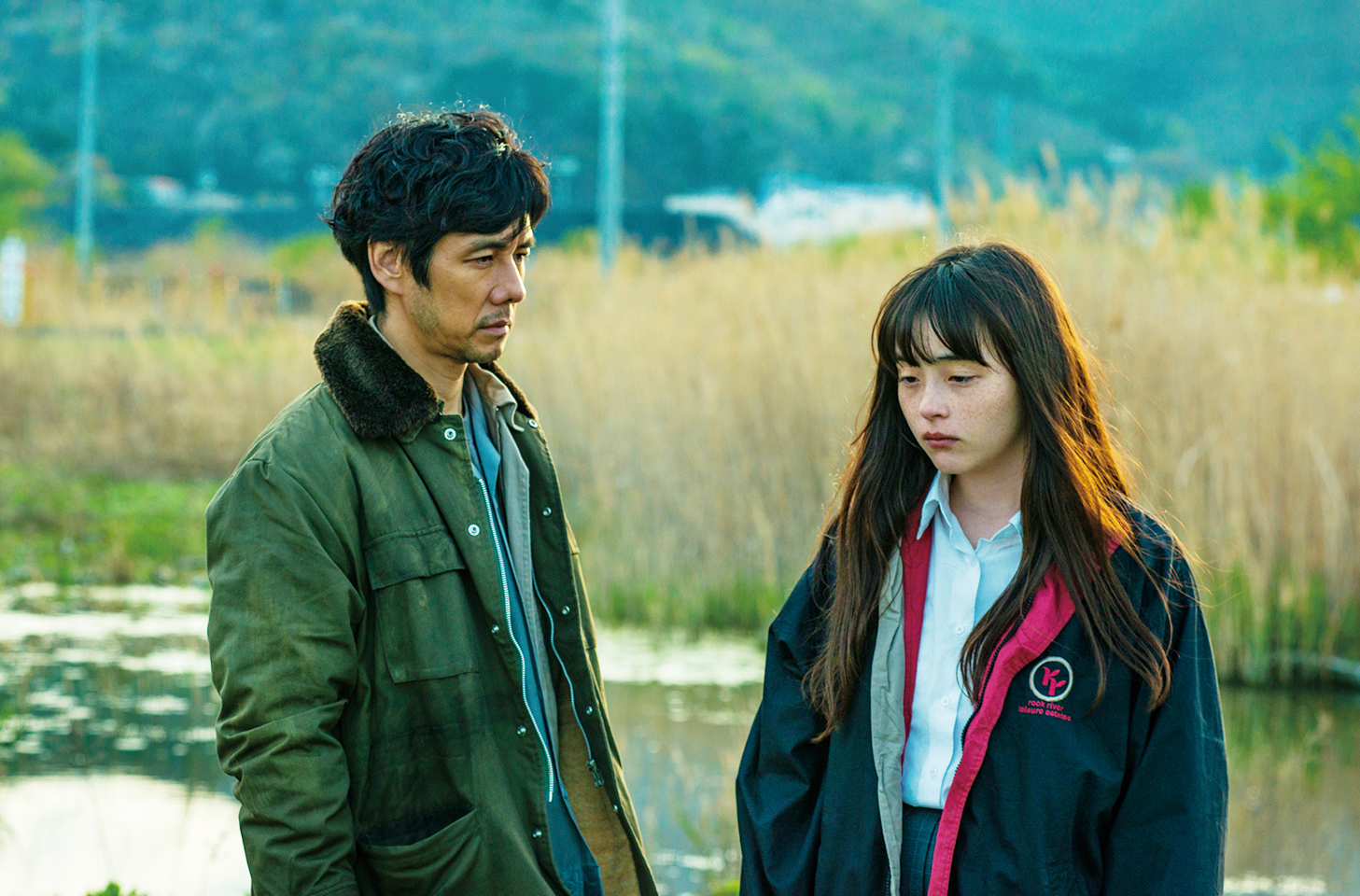 Otsuchi.  Every time 17-year-old Haru utters the name of her hometown it elicits a noticeable response.  People flinch, blanch at the mention of the place.  Some hope they’ve misheard the young woman.  “Otsuchi in Iwate Prefecture?” they ask.  As if there is an Otsuchi, Japan that wasn’t decimated by an earthquake and tsunami in 2011.  As if there is an Otsuchi, Japan where thousands of people weren’t swept out to sea, never to be seen again.

Voices in the Wind, the brilliant, heart-breaking new drama from Japanese director Nobuhiro Suwa, takes place eight years after the 2011 Great East Japan Earthquake.  It may have been nearly a decade since the catastrophic event, but the nation’s wounds are still fresh.  Residents of the region are looked upon with a combination of pity and reverence.  The incalculable losses are etched onto their faces and into their hearts.

Haru lost both of her parents and her brother in an instant.  She was nine-years-old.  She sees visions of her dead family.  They are smiling and laughing.  They haven’t aged a day … because they will never grow any older.  Haru lives with her aunt, far away from Otsuchi and her unfathomable loss.

She seems almost disoriented as she journeys through her days and weeks.  Her eyes take in everything, but nothing registers on her face.  The deaths of her family have left her perpetually stunned, unable to respond to the joys that life may bring her way.

When Haru’s aunt suffers a catastrophic stroke, her final ties to her day-to-day existence are cut.  She becomes unmoored from her life.  Haru leaves her aunt’s home in Hiroshima and begins a pilgrimage through Tokyo and Fukishima back to her hometown of Otsuchi. She walks and hitchhikes her way across the country. Along the way she meets a collection of characters:  a middle-aged workman living with his mother who suffers from dementia, a 40-year-old pregnant woman traveling with her brother and a man living out of his car who has suffered a horrible loss of his own.

The screenplay for Voices in the Wind is a wonder.  Each of these chance encounters is populated with living breathing characters.  The audience is instantly immersed in their lives. I wanted to know how the single mother-to-be copes with her unexpected pregnancy.  I needed to find out if the man living out of his car finds happiness.  The brilliant character development makes me long for a Voices in the Wind Cinematic Universe where I can follow the lives of its supporting characters in future films.

Serena Motola gives a brilliant, soulful performance as Haru.  She conveys more information about her character in a glance than many young actresses can with a monologue. I marvel at directors who put the success of their motion picture in the hands of young actors.  The casting process must be pure torture to find that teenager with an old soul you can trust with your entire production.  Suwa’s confidence in Serena Motola is well-placed.  She’s the heart and soul of the film.

Last year I championed House of Hummingbird, the newest film from Bora Kim that played the 2019 Fantasia Festival.  It told the story of 14-year-old Eunhee who suffers abuse and neglect at the hands of her parents and her brother.  Voices in the Wind is a perfect bookend to that film.  Haru bears the weight of losing her entire family while Eunhee is being broken by the actions of hers.  Both young women have retreated into themselves to avoid any further harm and heartbreak that life may bring their way.  We see them evolve and grow.  Both films avoid easy obvious resolutions, but we are left with the feeling that each girl’s happy ending is attainable.

Voices in the Wind is multi-faceted.  It’s a coming-of-age film, a road movie, a disaster film, a character drama.  Being so difficult to “label” is a testament to the originality of the film.  Ultimately, it’s a tale of the human spirit, and our need for one another.  Each of the supporting characters have one trait in common: kindness for a stranger in need.  In these angry, divisive times, that’s a beautiful thing to witness, and it makes Voices in the Wind one of the best films of 2020.

2 comments on “Voices in the Wind: 2020 Japan Cuts Film Festival”