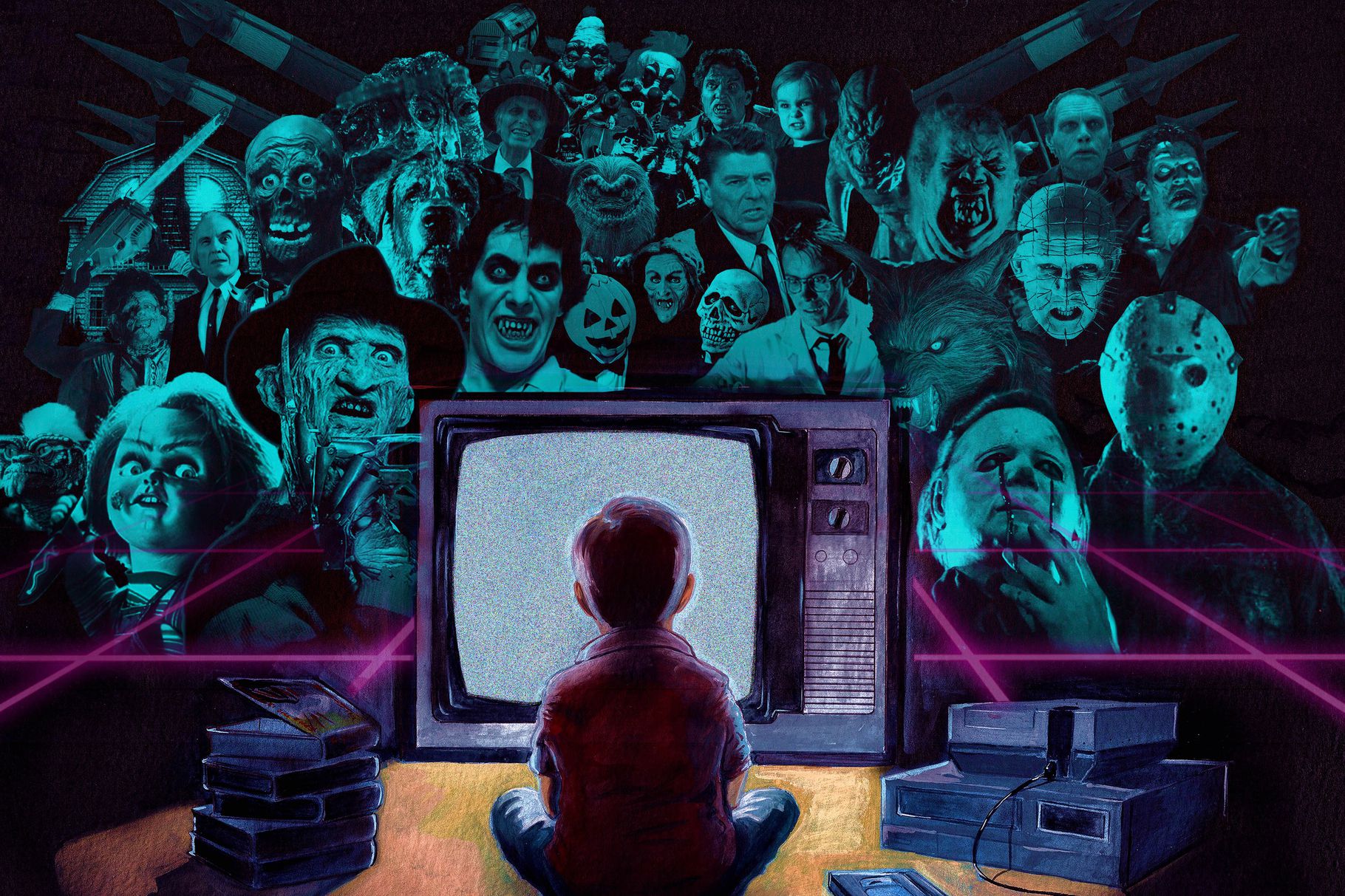 Shudder knows its audience.  In Search of Darkness is a 4.5 hour documentary on 1980’s horror films.  An encyclopedic and entertaining film about the genre that any horror geek will have fun diving into.

Filmmaker David A Weiner takes on 1980s horror with In Search of Darkness. The results are a fun deep dive into the decade where the slasher was king and the final girls ruled over them.

I could list off every horror film and creative that appears through the run time of In Search of Darkness but that would take about the length of the film.  Let us say just about everyone (there are a few exceptions) that show up in the documentary.  Luminaries like John Carpenter, George Romero, Heather Lampenkamp, Keith David, Tom Holland, Tom Adkins, and so many more discuss not only their films but the films of the genre.

By tackling the Genre year by year starting in 1980 and going to 1989 and beyond In Search of Darkness is able to take on trends, subgenres, actors, actresses, directors, special effects (and the gurus of the FX world), social commentaries and controversies.  Thankfully, most of the runtime is devoted to critiquing and dissection rather than sound clips of people recounting plots.

The tendency with these types of films is to be a giant clip package which In Search of Darkness adroitly bypasses.  Instead of the well-worn clips of our favorites, Weiner and editor Samuel Way use a plethora of rarely seen b-roll footage and behind-the-scenes stills.  When someone like The Evil Dead is discussed they opt to use footage from the original Super 8 short Cabin in the Woods.  Its these surprising and special Easter Eggs of sorts that will delight the horror fans.

Weiner ensures that even when films that have been discussed ad nauseum like The Lost Boys, they are discussed beyond the “Sexy Saxophone” cliché it’s become.  Rather than giving a huge amount of time to something like Carpenter’s The Thing (which is discussed), the film gives an ample amount of run time to Stan Winston’s Pumpkinhead and all but forgotten (even by horror fans) micro-classic. Even the huge franchises like Friday the 13th or Nightmare on Elm Street are discussed not as the series but as the Iconic Villains, special effects work and also the social undercurrents.

As with any documentary of this type many will wondering where certain films, stars, or filmmakers are.  It should be noted upfront that the only covers American made horror films. Those wanting to hear about 80s Fulci, or Argento will have to look elsewhere.  People like Kurt Russell, Jamie Lee Curtis, Stephen King and other Superstars that had starred/created iconic 80s horror are notably absent but are definitely discussed and talked about.

Most will nod in agreement and recognize every one of the titles discussed and have as much fun as those dissecting the films, troupes, and genre in all its glory.  In Search of Darkness is a great way to lose yourself in the 1980s milieu of the Horror genre.

In Search of Darkness debuts on Shudder July 31st