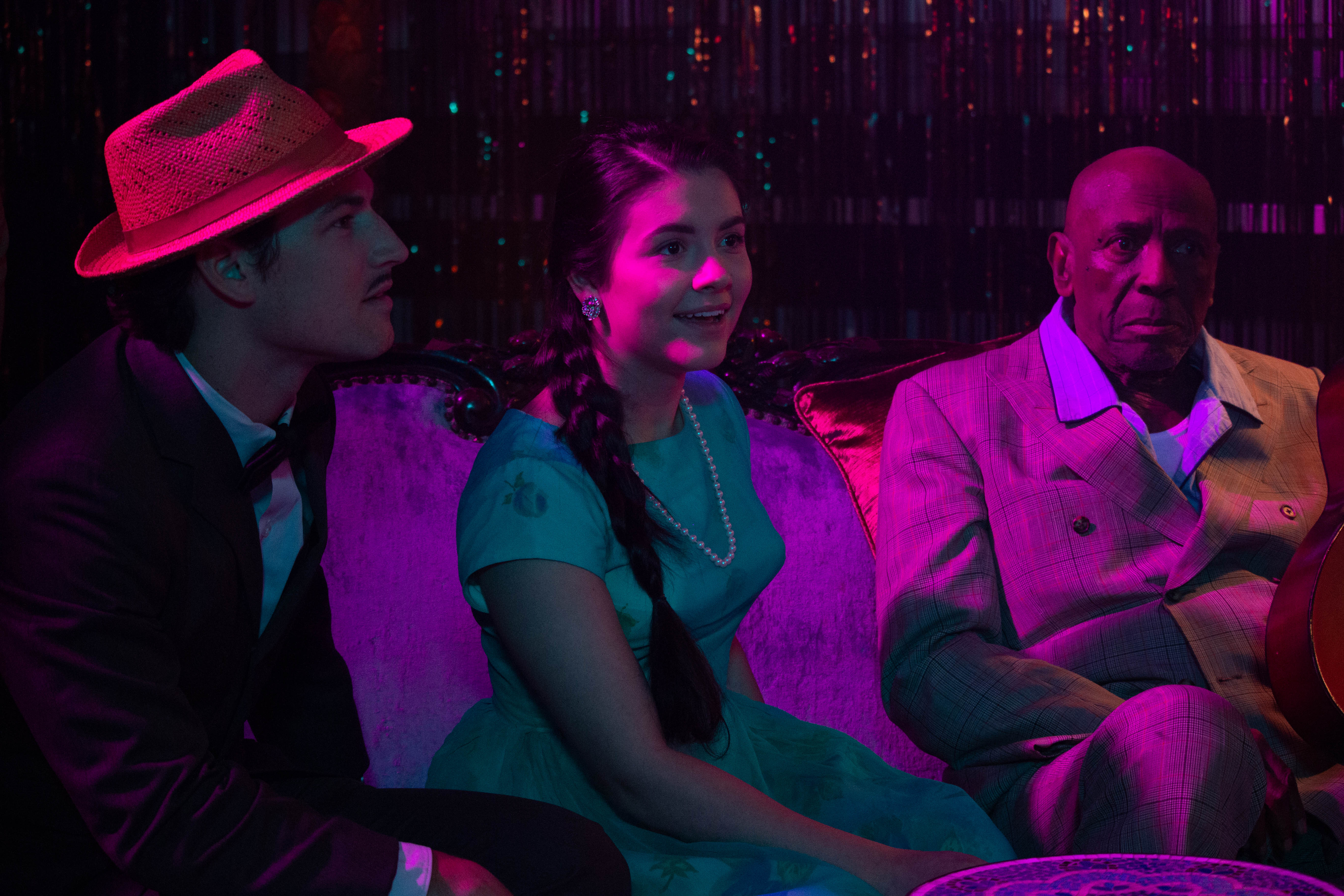 A simple yet heart-warming story of an octogenarian musician and a young care home employee who forge a friendship through a shared connection with Cuban music. Marie put on her dancing shoes to try a little salsa …

The opening titles of The Cuban promise music, movement and colour – everything you would expect of a visit to Havana.

However, there would be little point in calling Luis Garcia (Louis Gossett Jr) ‘The Cuban’ if the whole film was set in that particular location, and so we learn that Luis Garcia left that country a long time ago and is currently in the later years of his life, residing in a nursing home in Canada.

Living with both dementia and Alzheimer’s disease, Mr Garcia sits silently in his room, not eating or communicating. Until the arrival of pre-med student Mina (Ana Golja) that is, who tries to learn more about him, and with her love of Cuban music, sparks something inside Luis. As the days pass, he awakens enough to begin to share stories of his musical past with Mina, and their friendship blossoms.

The colours promised in the titles appear only occasionally, when Luis remembers past musical successes, lost love, and driving along El Malecon in Havana. His daily experience in the nursing home is grey and dim (I literally checked the settings on my screen to see if something was wrong) and even when the sun shines on Mina and her new friend, it feels muted. It’s only when Luis and Mina are sharing music and laughter that the colour truly seeps through.

It’s a delight to see the on-screen relationship between Louis Gossett Jr and Ana Golja develop; they are great together and entirely believable as friends, even when the focus of the story wobbles a little in stretching to include details on Mina’s family circumstances. She and her extended family are refugee immigrants from Afghanistan and there’s a whole different set of stories going on in the background which could provide a complete and interesting narrative of their own. The parallels are too lightly drawn to really mean much in the grand scheme of things, but it’s always a pleasure to watch Shohreh Aghdashloo in any role, and here portraying Mina’s aunt is no different.

There are some Cuban tunes that will be instantly recognisable to everyone and will get toes tapping, together with other musical compositions from Hilario Duran which definitely capture the atmosphere of the salsa scene of the 1950s – the soundtrack is also available for aficionados.

In essence, this is a simple tale of a caring relationship growing amid failing memories, but anyone who has experience of loved ones dealing with memory loss will see realistically touching details in Gossett Jr’s performance. Some of the more obvious clichés can’t be avoided, but The Cuban tells a heart-warming story with some lovely musical interludes and a couple of really strong performances at the centre.

The Cuban opens in select cities including Los Angeles, and some virtual cinemas, from July 31st.