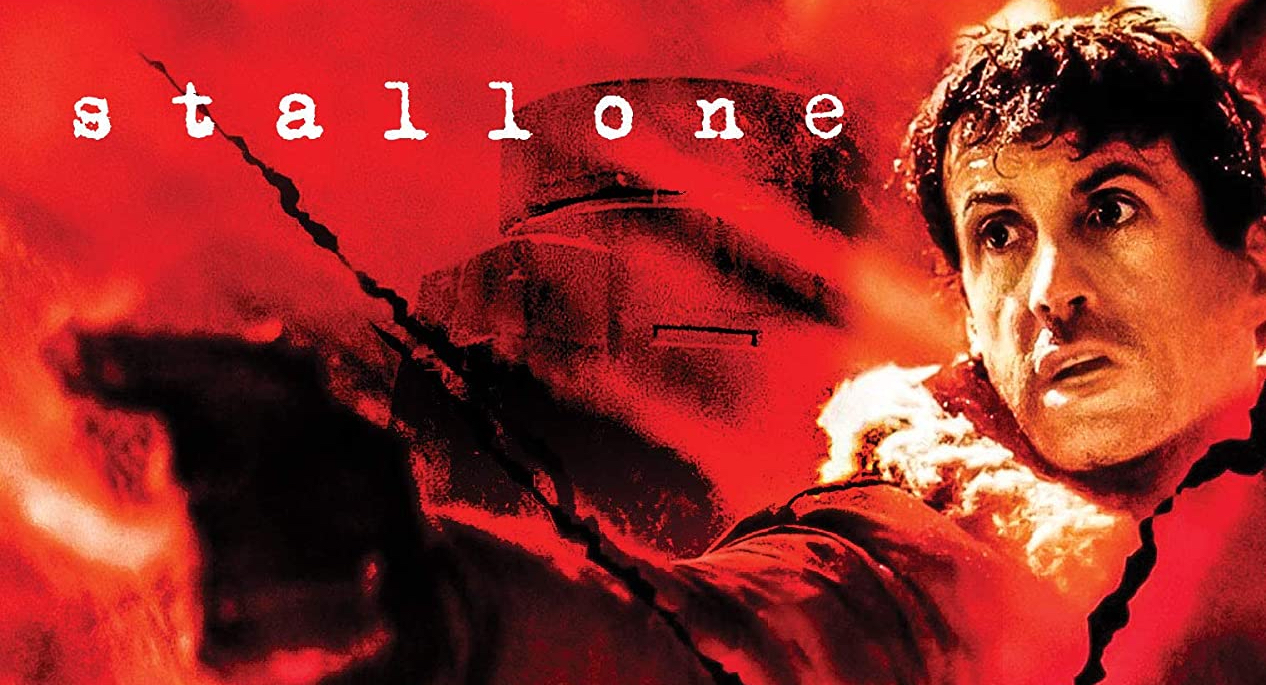 MVD Entertainment hits gold with this little-seen Sylvester Stallone starring Eye See You.  The Blu-Ray comes with the never-before-seen Director’s Cut and other great extras.

So, I’m a sucker for anything from Stallone.  I’ll give anything the actor does a chance.  Last year’s Rambo: Last Blood betrays everything that the Rambo series is/was but I watched the shit out of it.  Even though I’m not a fan I still bought the 4K UHD and will eventually watch that recently released director’s cut.

That aside, and fully disclosed, I’m here to tell you Eye See You/D-Tox is a kickass fucking movie.  Whichever movie you view, and they are tonally different, you’re going get a great ensemble piece that feels like it wanted to be Copland and if it had the breathing room, with this cast it could have been.  Eyes See You is the glossy Stallone Action Hero Whodunit version and D-Tox is the grittier Stallone as a part of an Ensemble version.

FBI Agent Malloy (Stallone) is on the hunt for a serial killer who kills cops.  The killer ups the ante and makes things personal for Malloy.  Malloy being bested swirls down a bottle of guilt that ends him up in a special d-tox facility for law enforcement officers.  No sooner than Malloy is attempting to share his feeling in group that the killer has struck again.  Malloy and others fear the worse, the serial killer is a cop amongst their ranks.  With the bodies piling up and a blizzard brewing outside Malloy has to do what he does best…

The biggest change between Eye See You and D-Tox are the way they’re constructed and its use of characters.  D-Tox, the preferred film, is told in a fragmented non-linear fashion.  The result is a film that is more dramatically accurate as it slowly reveals Malloy’s (Stallone) issues and gives a clearer picture that Malloy is a serious alcoholic, shakes, and all.  Malloy is more withdrawn, jittery, fewer tough-guy looks. Once he does take up the task at hand it seems less heroic and more out of necessity.

Eye See You is standard issue Stallone-tough guy giving him no reason to actual be at the facility other than “he sad”. Though both films share a great ensemble cast who work overtime in their respective roles.  In D-Tox, Stallone’s performance seems a part of a greater ensemble and works perfectly for this mystery type thriller.  Eye See You with the Stallone pseudo-man of action sticks out like a sore thumb in the midst of the ensemble cast.

At the end, both films are effective clever plays on the Agatha Christie murder mystery.  D-Tox is just more consistent in its tone, characters, and as an ensemble piece.

Eye See You’s Blu-Ray comes with an older transfer with newer encoding and compression.  The result is a Blu-Ray that is lightyears better than the decade-old DVD

D-Tox (1:34:41) – They listed the director’s cut of the film that is included on the disc in the special features.  This version is the only surviving copy and it was a VHS dub from an Avid Edit.  MVD has done a great job with taking this only source and ensuring it’s the best possible quality by reframing out the time code bars and giving us an anamorphic image.  To be perfectly honest, as I said in my review, the gritty nature of the image only enhances the experience.

Deleted Scenes are listed as such (the section does include a play-all option):

Interviews (divided into the individual actors)

Photo Gallery is a collection of approximately 38 Production stills, alter Movie Poster, and behind the scene stills.  All set to the song Love Is by Kit Hain that closes the film out.

Eye See You/D-Tox is an underseen gem of a mystery whodunit in either version.  MVD Entertainment has done right by giving the film a second chance on Blu-Ray.  Recommended!!!!