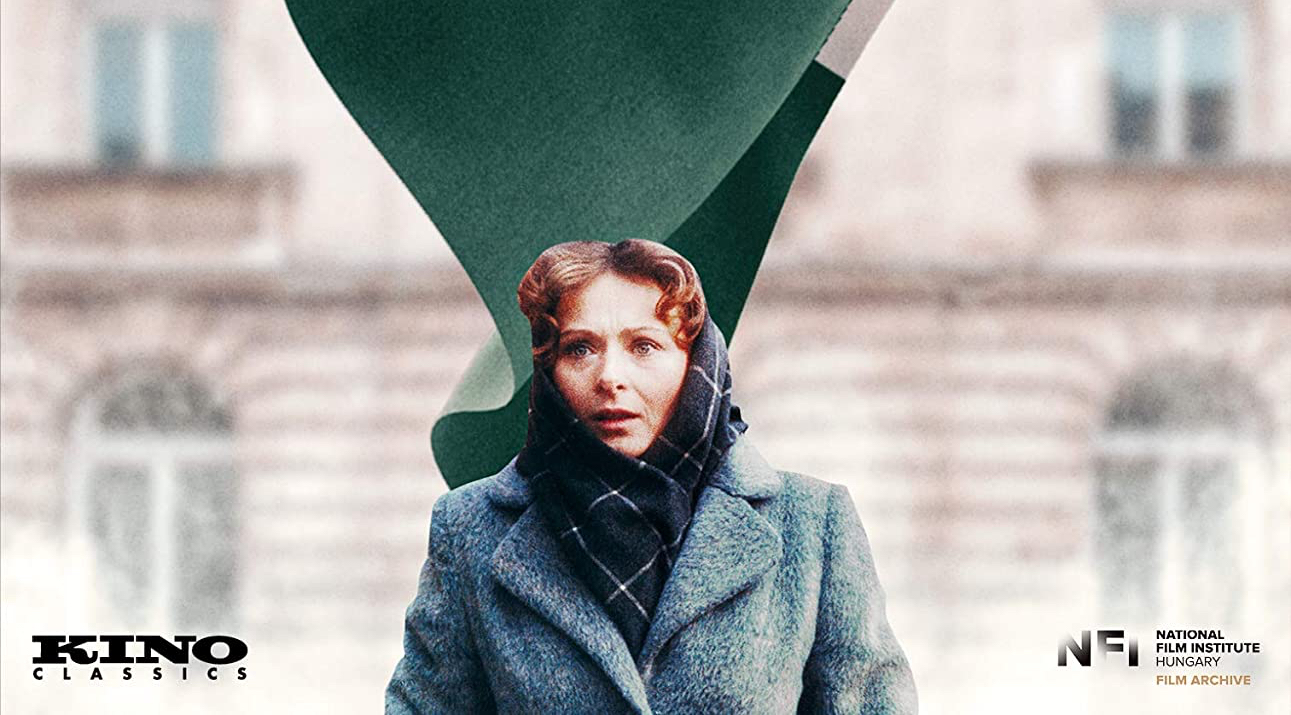 Kino Lorber continues its release of Writer/Director István Szabó’s most important work to Blu-Ray.  Next up is the beautiful war-time love-story Confidence, which has had a new 4K restoration.

The aptly titled Confidence only reaffirms this reviewer beginning love affair with the work of Hungarian Writer/Director István Szabó work in cinema.  This WWII-era film is as much a tense thriller as it is a tender love story.

In the waning days of WW2, married Kata (Ildikó Bánsági) is forced to pose as another man’s wife if she is to survive.  The man János (Péter Andorai) a resistance fighter like her husband is living with a suspicious older couple.  János has a harsh and intimidating paranoid nature and does not trust the delicate Kata.  If they are to survive their act must not seem as an act.  Any false move could end in their death at the hands of a Nazi firing squad.  As Kata begins to melt János’ cold and calculating nature the two who are both married begin an illicit affair.  An affair that may not have a happy ending even if they are to survive the tense situation of hiding in plain sight waiting for the war to end.

Confidence is ripe for rediscovery by any cineaste.  The claustrophobic nature of the piece seems almost designed perfectly for our shelter-in-place COVID-era.  The arguments of staying in-doors as a matter of life or death feel all too relatable.  Though, very different experience, this will lead to many finding common ground with this beautiful film which is essentially for all intents and purposes a two-hander.

Love stories are consistently dull affairs.  Fairy tales created with roadblocks to stop couples from being together.  Those roadblocks are oftentimes manufactured story machinations.  Much like action films they are comfort food having no real grounding in earthly affairs.

Confidence finds itself a love affair that is all too real, brief, and tempestuous. Kata and János’ affair is one that burns brightly for an all too real fleeting moment.  Two people that are thrown together and have nothing in common find commonality in their fight for survival.  They need one another in a time of pure and utter terror.  The only safety they have is the room in which they spend most of their time in.  The outside world is filled with conspirators, collaborators, people living in fear that if they say or even hear the wrong words they could be killed.  Their passion and love affair is burned out of necessity.  A need for warm contact. To feel there is more than the world that is crumbling outside right before their eyes.

Ildikó Bánsági and Péter Andorai are electrifying as the strangers matched together with no reason to trust one another but must.  Bánsági is heartbreaking as Kata.  Her work is astounding as a young woman forced into a situation that she has no concept or grasping of.  Andorai plays János as a man in a constant state of fear of everyone, including himself.  There is a grounded unfetter way they both inhabit their respective roles that allows everything that has meaning to never feel overwrought.

Writer/Director István Szabó has created a special love story that is unadorned of all pretense.  There is a beauty in the way that Szabó uses his frame so simply in the film never allowing Kata or János out of the frame.  Working with Cinematographer Lejos Koltai (whom the director worked with several times, including Mephisto and Colonel Redl), they create a film of greys and ambers. Their work with low light and 35mm is the work and art of cinematic dreams.  They way they shoot Kata and János’ physical consummation should be studied by filmmakers wanting to film a scene of true passion.  Their work here is pristine, elegant, and one would dare to say perfect.

Like their later work Mephisto, Confidence, is a true masterpiece.  Szabó shows the power of cinema at its simplest.  Two people in a room.  Nothing more.  Nothing less.  In that simple form, Confidence gives us a heartbreaking love-story that final moments rivals In the Mood For Love. One that will haunt you long after it has faded from your screen.

The.4K restoration work done here and presented beautifully on Blu-Ray by KL Studio Classic is nothing short of amazing.  Confidence was shot in low light with high speed filmstock.  The result is a beautifully ethereal image that is reproduced wonderfully on Blu-Ray.  Time and care was taken with this transfer making sure that the film’s contrast levels were perfectly rendered giving us an image that has definition in the darkest of scenes.