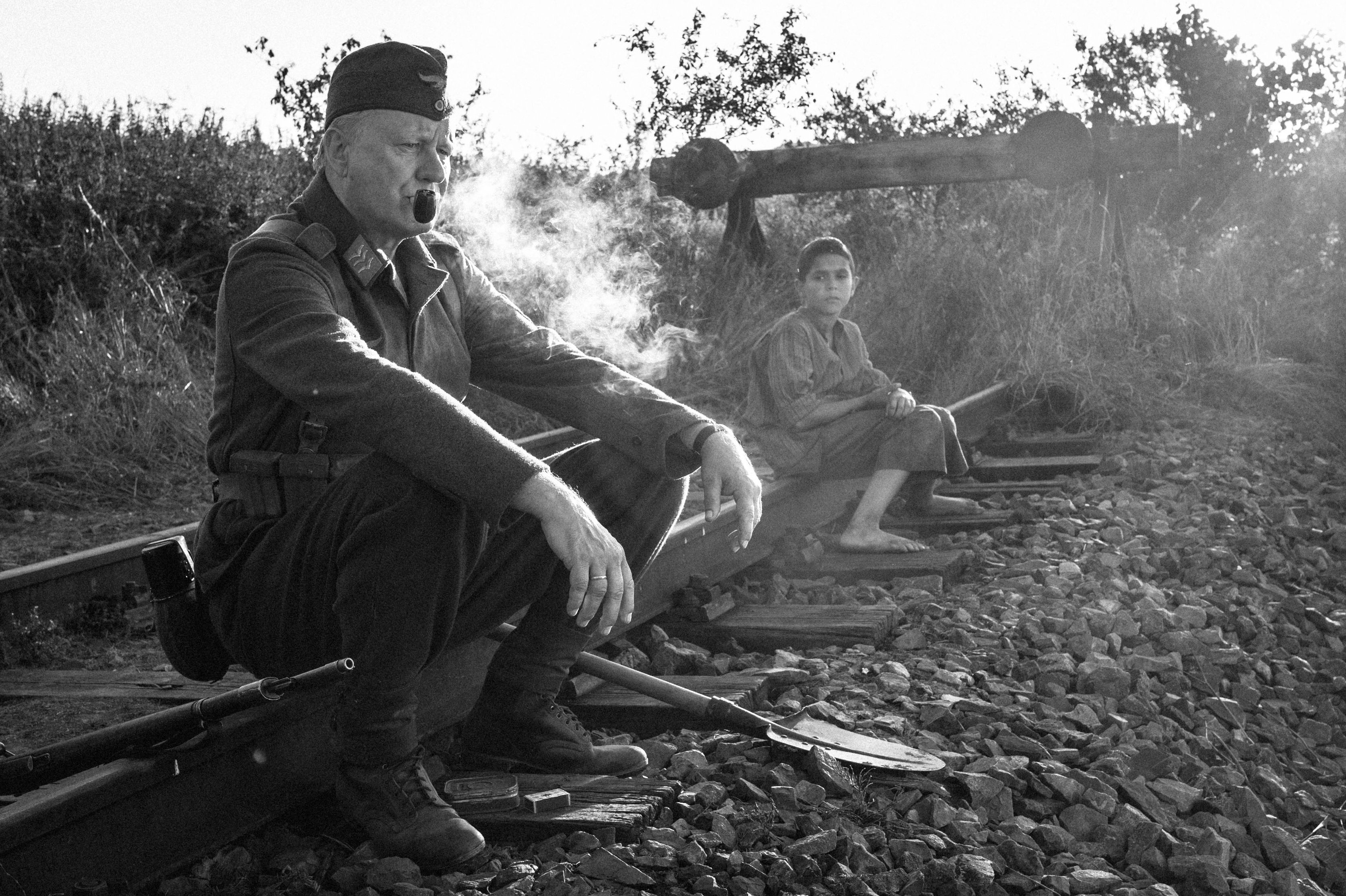 A film adaptation of Jerzy Kosiński’s acclaimed but controversial novel The Painted Bird always had the potential to be divisive. Czech director Václav Marhoul has turned his screenplay into something which begs to be viewed – but it’s not for the faint hearted.

The Painted Bird will definitely divide audiences. Whether the extreme violence depicted is ‘justified’ or not will depend on the extent to which viewers feel the meditation on evil which drives it is strong enough to balance it out.

Centering on an unnamed boy (non-professional first-timer Petr Kotlar, discovered accidentally), director Václav Marhoul’s eye follows a journey through isolated villages somewhere in Eastern Europe during World War II. And although life feels uniquely disconnected from the atrocities happening in towns and cities at the time, the violence which farmers and villagers mete out to each other and their livestock is just as harrowing.

The Boy’s journey begins in a remote farmhouse where he is being looked after by an elderly foster mother; his parents, themselves fleeing persecution, have sent him there to keep him safe. But events at the farmhouse mean that the boy has to leave, and he makes his way through the Eastern European countryside encountering a string of barbaric individuals who both feed him and abuse him, until he finally arrives in the city.

A small handful of the characters show a shred of humanity, notably a silent Stellan Skarsgård, along with Harvey Keitel and Barry Pepper. Others, such as Udo Kier and Julian Sands, are less benevolent. The question is, are these small acts of kindness enough to make us believe that mankind is at heart good? Or are these encounters the exceptions that prove the rule? The balance of The Painted Bird would suggest that the scales are heavily tipped towards man’s selfish and abominable brutality.

The use of black and white film is a strategic one. While invoking the time period, it also serves to provide a sliver of distance between the viewer and what’s happening on screen. The acts of violence are almost unbearable as they are; had we been offered them in colour, not only would the tone of the film have been significantly altered, but it would also have been rendered unwatchable. The cinematography is, of course, beautiful – a necessary contrast to the viciousness of the actions.

The film opens with the portrayal of some extreme animal cruelty which may be enough to put viewers off even within the first two minutes. The thought is present that, if the entire 169-minute runtime is to be in this tone, then the time to leave is right now, before any more is seen. There is a lot of obscene violence, people being unbelievably savage because of their own failings or sometimes for no obvious reason. Much of it is because the person or animal is different in some way – dark-eyed, different language, an outsider. The parallels to the larger historical picture are clear. As is the observation that evil is everywhere and comes in many forms.

It is a film to be seen, but definitely not enjoyed.

The Painted Bird opens in selected theatres, drive-ins, and on digital/VOD from July 17th