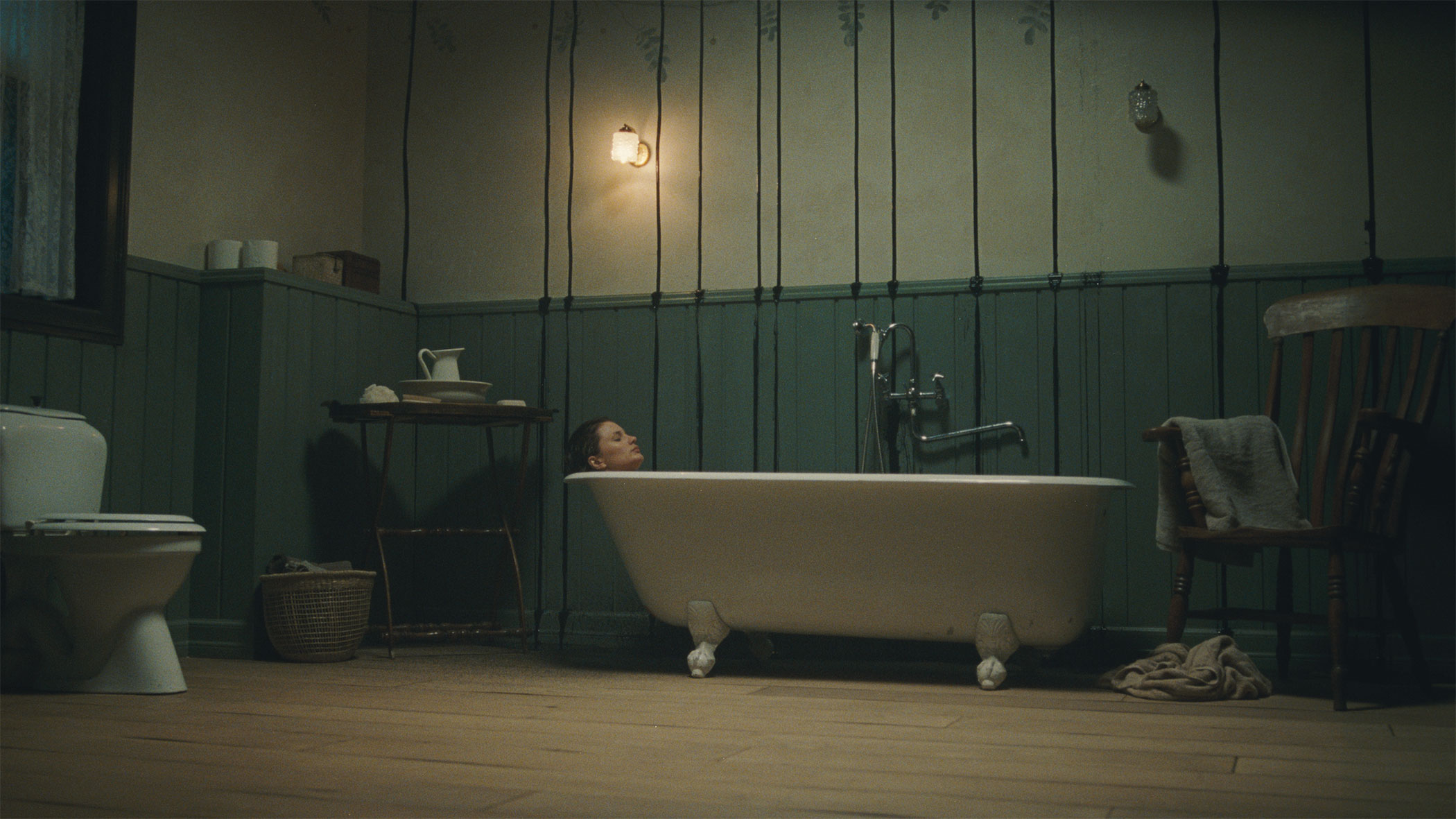 Many a horror film hopes to evoke Sam Raimi’s The Evil Dead.  Few if any come to within shouting distance of the seminal horror classic.  By going sideways and approaching the haunted cabin in the woods troupe completely differently, Lake of Death is a beautiful homage and an all-together different experience.

One year after her brother Bjørn’s (Patrick Walshe McBride) mysterious death, Lillian (Iben Alkerlie) along with her friends go to the location of his death; their family’s lakeside cabin.  Looking for a relaxing weekend her friends do not see the trauma this place invokes.  That trauma may summon something sinister that is tied to her brother and his death.

The setup is a cliché in our post-modern horror era.  Group of friends.  Cabin in the woods.  Sinister evil force at work.  One could almost hear the roar of the chainsaw beginning in the third act.  Luckily, this is not that movie.  Not by a long shot.

Writer/Director Nini Bull Robsahm’s film is considered, methodical, and deeply resonant. Robsahm guiding editor Bob Murawski, Cinematographer Axel Mustad, and Composer John Debney creates the kind of horror film that fans crave but rarely get.  One never tips the balance of horror and drama.  The beauty of Robsahm’s movie is how it delivers the expected scares and an unexpected deeper emotional brokenhearted soul.

As unexpected as the movie’s brokenhearted soul is the character that carries it.  Lillian is not your typical “final girl”.  A young woman coming to grips with an emotionally devastating event who possibly is unable to do so. There is a fragility to Alkerlie’s performance that is unexpected in a horror film of this type.  Audiences expect their heroines at some point to wield the aforementioned chainsaw to face off against evil.  Alkerlie’s work is similar to Emily Mortimer’s work in the recently released Relic.  A strong dramatic performance in the middle of an artful horror film.

Lake of Death is among the great films of 2020.  No need to add any prefix as it is as strong as any of the dramas that have been released this year.