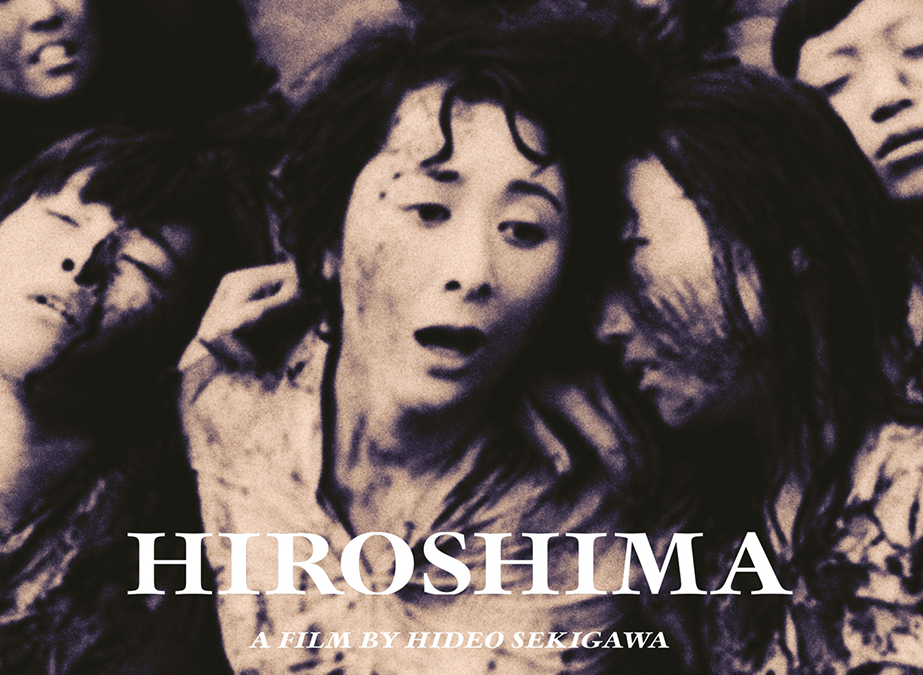 Largely out of circulation since its first showing in 1953, Hiroshima is a powerful indictment of the devastation inflicted by the atomic bomb, and an invocation to stop its use ever again.

Just seven years after the end of World War II, and a matter of months after General MacArthur and the occupying US troops finally left Japan, director Hideo Sekigawa began to make Hiroshima. The film is an extremely realistic dramatisation of the day that the US dropped an atom bomb on the city, and the immediate aftermath of that horrific event. Using first-hand accounts from survivors, and background extras who had been there at the time in crowd scenes, Sekigawa created a film so stark in its imagery and powerful in its message that it was deemed too sensitive to be released worldwide and has largely been out of circulation since 1953. An international edited version was shown in US cinemas in 1955, and this Arrow Academy version has reintroduced the cut scenes so that we now have access to the original version in time for the 75th anniversary of the event itself.

Opening in a classroom, the first section feels like the film is going to be totally didactic – one of the students becomes anxious and then collapses as the class listens to a radio documentary of how events began seven years ago. The teacher (Eiji Okada – Hiroshima Mon Amour) takes the opportunity to discover from his students just how many of them have ‘the A-bomb disease’ (leukaemia) or have been bullied because of the physical scars which they bear. As an outsider, yet still Japanese, even he had not realised how much these teenagers’ lives were affected by events which they experienced when they were children.

But half an hour in, the film firmly switches to showing – not telling – with a shockingly unexpected moment which has the audience catching its breath. It lasts a second, and then the following half hour is a dramatisation of such realistic imagery that its impact is jaw-dropping. Parents looking for their children, heroic teachers trying to lead their students to safety, fire approaching, then the black rain. The injuries, loss and suffering are absolutely horrendous, yet at the same time the film acknowledges the amazing fortitude of the survivors, the ordinary civilians of Hiroshima whose lives were changed forever by an act of military aggression. The moments where the teachers try to maintain the spirits of the children are heart-breaking.

In the final third, much is made of the conflict between science and the military on how (and what) to inform the public and wider world about what is happening in Japan. Life has to continue, but it is much changed; the teenagers of the 1950s who experienced everything are unwilling to be part of any future war effort and are desperate for peace; people are still falling ill from radiation sickness; little seems to have been learned.

Hiroshima absolutely stands on its own as a film and as a testament to the evil which humanity can wreak. It’s also a perfect companion piece to 1959’s Hiroshima Mon Amour, a film which uses some scenes (uncredited) from Hiroshima in a newsreel style, and also shares the same lead actor, Eiji Okada. Some of the same themes are also visited in Godzilla (1954), albeit in a different way.

With the danger of events of Hiroshima receding from human memory 75 years on, Hiroshima is a timely reminder of the atrocities committed in the name of war – and we need to be reminded. Those who experienced it directly, if they are still with us, are elderly now and the memories will die with them if experiences like Hiroshima are not circulated. It’s easy to see why such an event seared itself into the psyche of Japan.

Hiroshima is released by Arrow Academy on Blu-Ray on 13th July 2020.