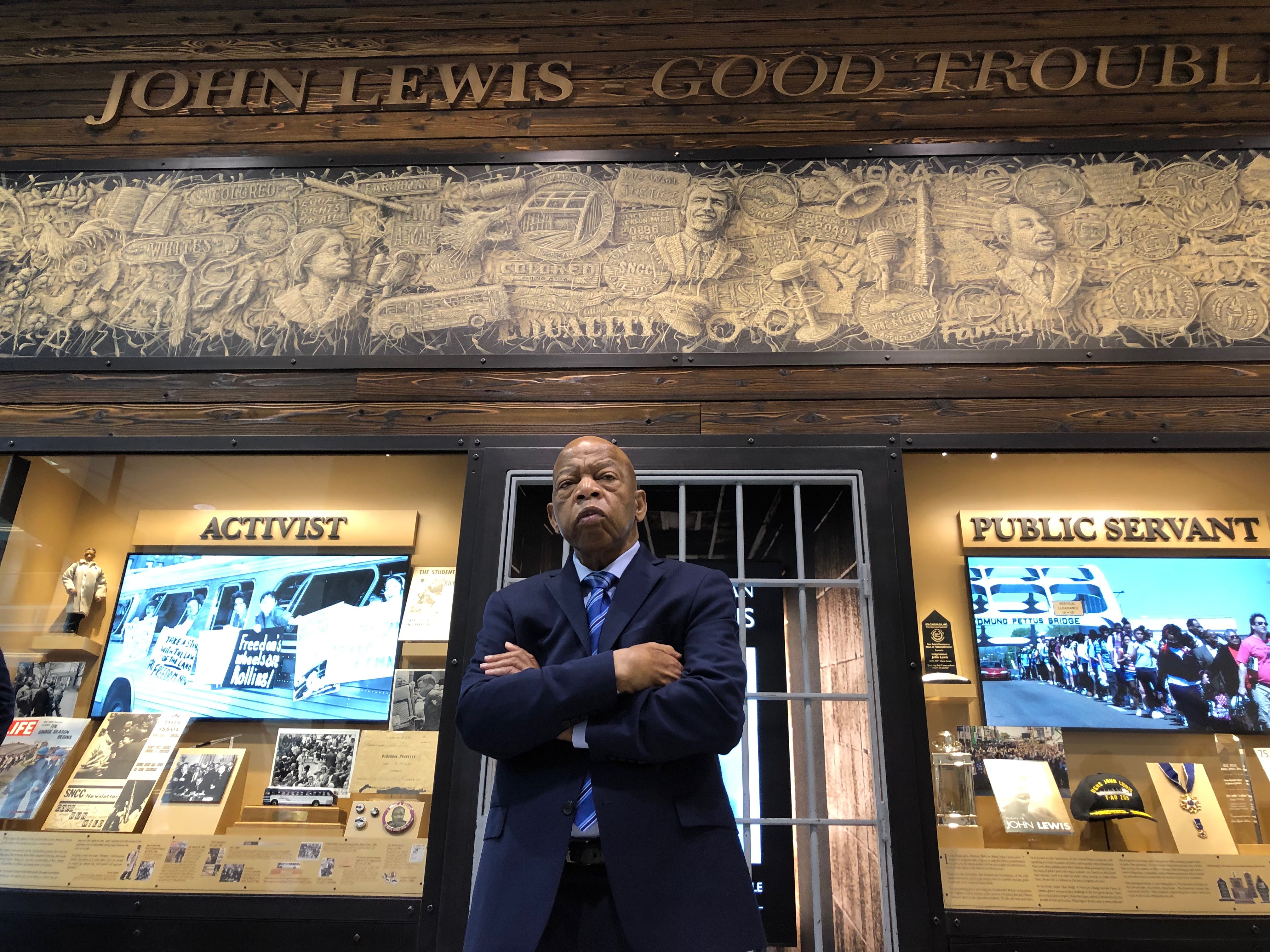 A beautiful portrait of Civil Rights Activist turned Congressman.  John Lewis: Good Trouble is the type of Documentary that is vital for our turbulent times.  One that shines a light on a true heroic leader who stands for something.

Congressman John Lewis has been arrested 45 times, 5 of them as a member of Congress.  He marched with Dr. King in Selma at the age of 20.  He’s spent 33 years in Congress.  He has sided on all of the good causes you can as a citizen of America.  Director Dawn Porter shines a light on a true American legend and hero with her documentary John Lewis: Good Trouble.

Far too often we concern ourselves with infotainment documentaries like Tiger King and the wasteland of junk food docuseries.  We often think that portraits of good people and truly important topics are well the cinematic equivalent of vegetables.  John Lewis: Good Trouble is not just vegetables, it’s a full course meal.  The biopic is not just a powerful reminder of how few heroes we have but is as engrossing and entertaining as anything you will see this year.

Rather than telling Congressman Lewis’ life, the film adroitly allows the him to speak about his life in his own words.  The result is a film that covers both the political present (Voter Suppression, the 2018 Congress), the Civil Rights movement in the 1960s (with his work with Dr. King and the march and protests in Selma), his personal life (his late wife, his faith, his early life and family), and the present day and age that finds even Lewis uncertain about where we are headed.

Director Dawn Porter does a beautiful job of creating a film that makes adroit connections with our current times and the past but never feeling like it’s a sledgehammer.  Working with Editor Jessica Congdon, Porter has created a film that beautifully uses both present-day and archival footage. The focus is always on contextualizing who Congressman Lewis was at any given moment in history.  The film beautifully fluxes in and out of eras as a way to give one an understanding of how much present day is not only dictated by the past but how much has been repeated.

John Lewis: Good Trouble is an uplifting portrait of a man who has done so much good for the country and continues to do so.