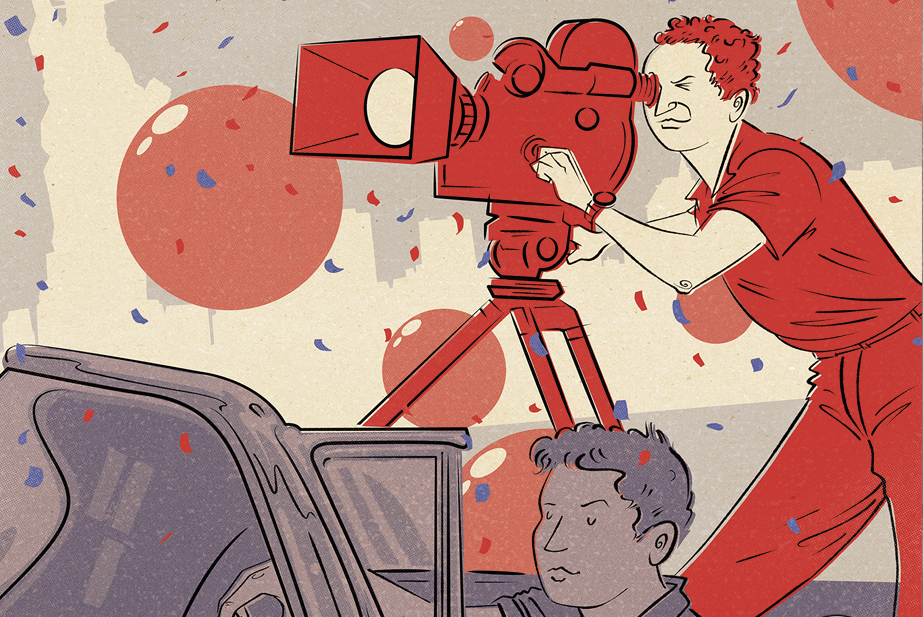 “If you don’t know what you want, come in because we have it.” A quintessential outsider’s view on The American Dream from a French director who has fallen in love with the country is the latest from Arrow Academy.

The title of this colourful, quirky and at times disconcerting documentary couldn’t be more accurate. The Frenchman in question is documentarian François Reichenbach (F for Fake, Portrait: Orson Welles) who, in the late 1950s, embarked on a trip across the United States pointing his camera at anything which took his fancy.

Over the 18 months of filming, he sought out what he describes as “the unusual in daily life” and edited his observations into this 90-minute photo album of something which has scratched at the shiny surface of the American dream but which really could have taken a shovel and dug a whole lot deeper.

But then, this is a contemporary portrait of the USA and while this may go some way to excusing Reichenbach’s objectivity, it’s hard to forget that his camera was turning only a year or so after Rosa Parks remained seated on a bus, and only months before four African American college students in Greensboro, North Carolina, refused to leave a “whites only” lunch counter without being served. In other words, for all the Mad Men-style images we see, and the Brady Bunch barbecues (sorry, cookouts), there’s a race divide which is very obvious to modern viewers and it’s hard not to wonder whether this was deliberate on the part of Reichenbach, or genuinely so much a part of the “daily life” he encountered that it failed to register.

More or less travelling from west to east (starting in San Francisco and ending in New York City), Reichenbach stops to watch suntanned young people flirting by the beach before falling into the Don and Betty stereotypes of becoming a man of business or a woman in search of a husband. There are hula hoops, conferences just for twins, Miss America pageants.

And then there are things which make one wonder whether it was ‘normal’ daily life or if an average American citizen at the time might have looked a bit puzzled too. For example, how normal were prison rodeos? (Answer – they are still going on today). Why would anyone make a horse jump from a diving platform into a swimming pool? What’s the purpose of training a chicken to play skittles so that it can be fed?

And something which has always puzzled this resident of the United Kingdom – ‘delivering’ newspapers by throwing them in the general direction of a house while cycling past.

The blond-haired, blue eyed pursue their desire for eternal youth and freedom, but some of the images speak for themselves even though they are sidestepped by Reichenbach’s voice over. While the white children demand (and get) hot dogs and burgers followed by ice creams the size of their heads, black children are shown playing in the rubble-strewn streets or in jail. We’re shown the beginning of the black carnival in New Orleans before moving over to the white carnival. Marching bands and prisoners are both segregated. There is opportunity to criticise or even comment, but it is not taken. No judgement is passed. Which is in many ways exactly how a documentary should be.

America as Seen By a Frenchman is woven together quite nicely; the transitions from one subject to another are crafted carefully and it all feels seamless. It is colourful as you would expect something from this era to be. There’s an air of nostalgia, but also a tenderness and fascination for a country which Reichenbach obviously loves and is loath to criticise.

America as Seen By a Frenchman is available from Arrow Academy on Blu-ray from 1st June 2020.