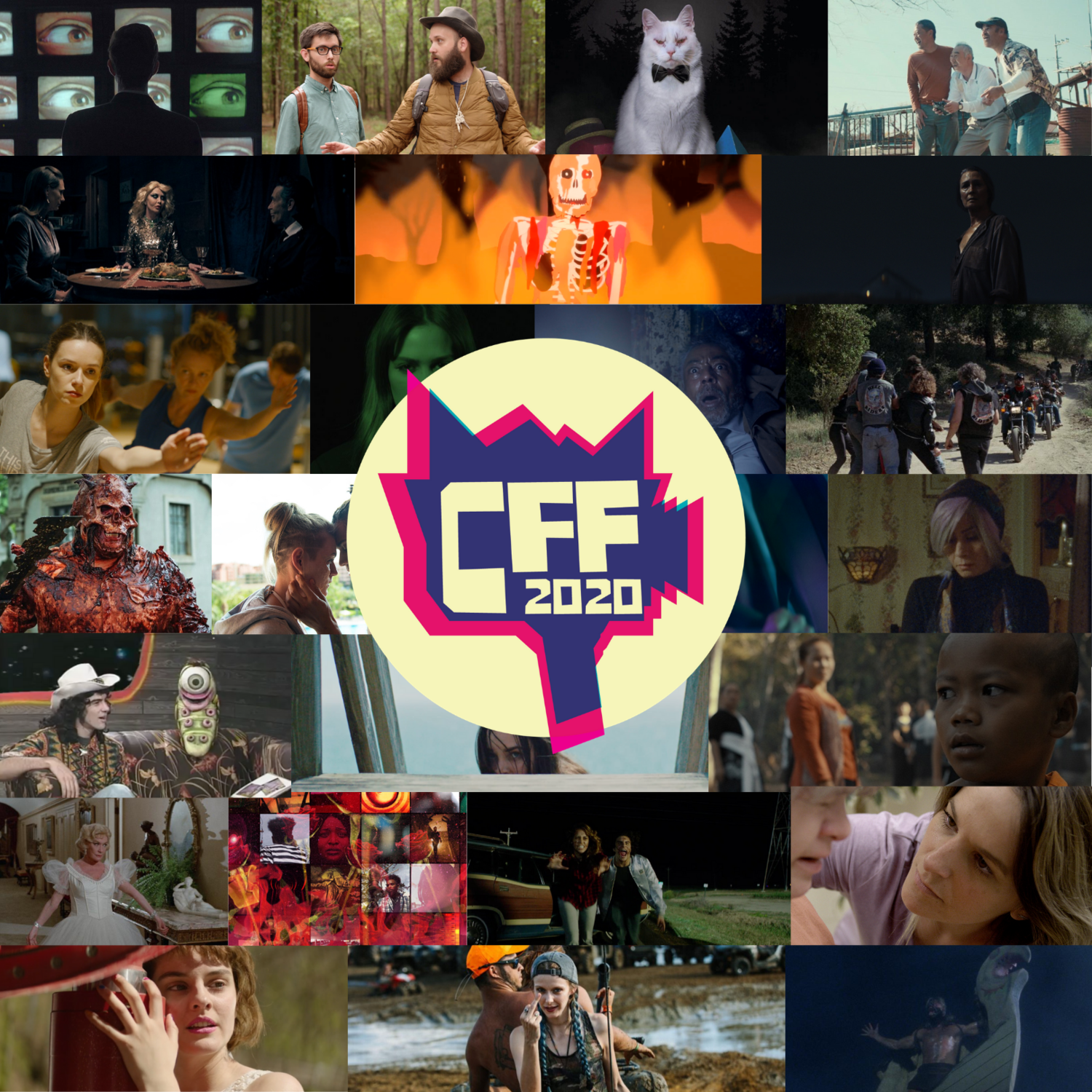 Adam continues his coverage of CFF 2020 with the Short films he saw at the Festival.

Confession, I’ve only recently become a fan of short films.  Recently as in the last decade.  I’m not sure why before I never loved them the way I do now.  Maybe I was never looking at the right Shorts.  At their best, Shorts can feel like a filmic equivalent of a Novella or Short Story.  Or an experiment in style or experimenting with the form.

My only wish is that I had the time to deep dive into all of the shorts that they had playing at the Festival this year.  No order here as I did not see them in this particular order but I will say that I did leave the best of the bests for last.

Amy Siemetz as the Herzog of His & Herzog is the comedic MVP of this short.  It does help to have an ample amount of knowledge of the work of Werner Herzog before proceeding into the short.  That will only enhance your enjoyment.  Not having that knowledge will not diminish what is a hilarious short about a couple in the midst of bad times. Bonus points for a specific cameo that literally had me rolling with laughter.

A couple’s argument in the middle of a Zombie Apocalypse.  You gotta love when anyone pushing the boundaries of the Zombie subgenre.  They also push the acceptable human behavior to that Spinal Tap 11 that makes this short the right amount of creepy horror.  Just not in the way you expect it to be.

I suspect that my reaction to this was directly tied to the fact that I recently rewatched The Deer Hunter and could not shake the film.  This was something I respected this one more than I liked it.  This is a glossy big-budget short that has its heart in the right place.  It just didn’t work for me.  I think it was the tone.  The sentimental tone wasn’t balanced right for me.  I know that the cast and crew’s hearts were in the right place but… just tonally didn’t work.

I don’t know anything scarier than the way that Junior High School girls treat each other.  That is at the center of Best Friends Forever a great horror film that gets you right to the point of how cliquish and mean those young women can be… and the equally mean endings of said cliquish young women.  It also brings up a huge blind spot in horror, one that I suspect could be exploited by these very talented filmmakers Emily Gagne and Josh Korngut in a longer format.  As it is right now… a piece of neon-soaked horror/slasher/haunted awesomeness.

This is truly a short film.  60-seconds plays like all great jokes the build-up matters as much as the payoff.  Both work here.  Sydney Clara Brafman… we see you and yes you have our attention.

As slick and glossy as shorts come.  This clever horror film that lives up to Dante-esque name is playful in a mean way.  Director Bishal Dutta gets huge points for managing to play with a certain conceit in a way that is more stylish than most big-budget studio films.

One of the best shorts I’ve seen in recent memory.  A film that will delight and disturb in equal measure.  Filmmaker Elain Xia’s work here is searing not because of the horror and violence, which there are ample amounts of, but the emotions behind everything.  Cici Lau is outright amazing in this piece and if there’s any justice hopefully the two will work together again as Xia has found the perfect partner in crime.

Wow.  Sometimes you see something that blows you away because of the scope and grandeur attempted.  A risky gambit is thrown down for no other reason than to be able to tell the story you want to tell.  Director Kevin McTurk and the small team of magicians have created a 16-minute epic that will rival anything you see this year.  The film gorgeously shot and executed is the type of Puppet work that we rarely see on screen.  The kind of work that the Henson Group does (it’s no surprise they had a part in producing the film) best ala The Dark Crystal and Labyrinth.  Starring the voices of Jason Scott Lee, James Hong, Franka Potente, and Christopher Lloyd the film is not to be missed.

We will be back soon with coverage of the Features / Q&A from CFF.