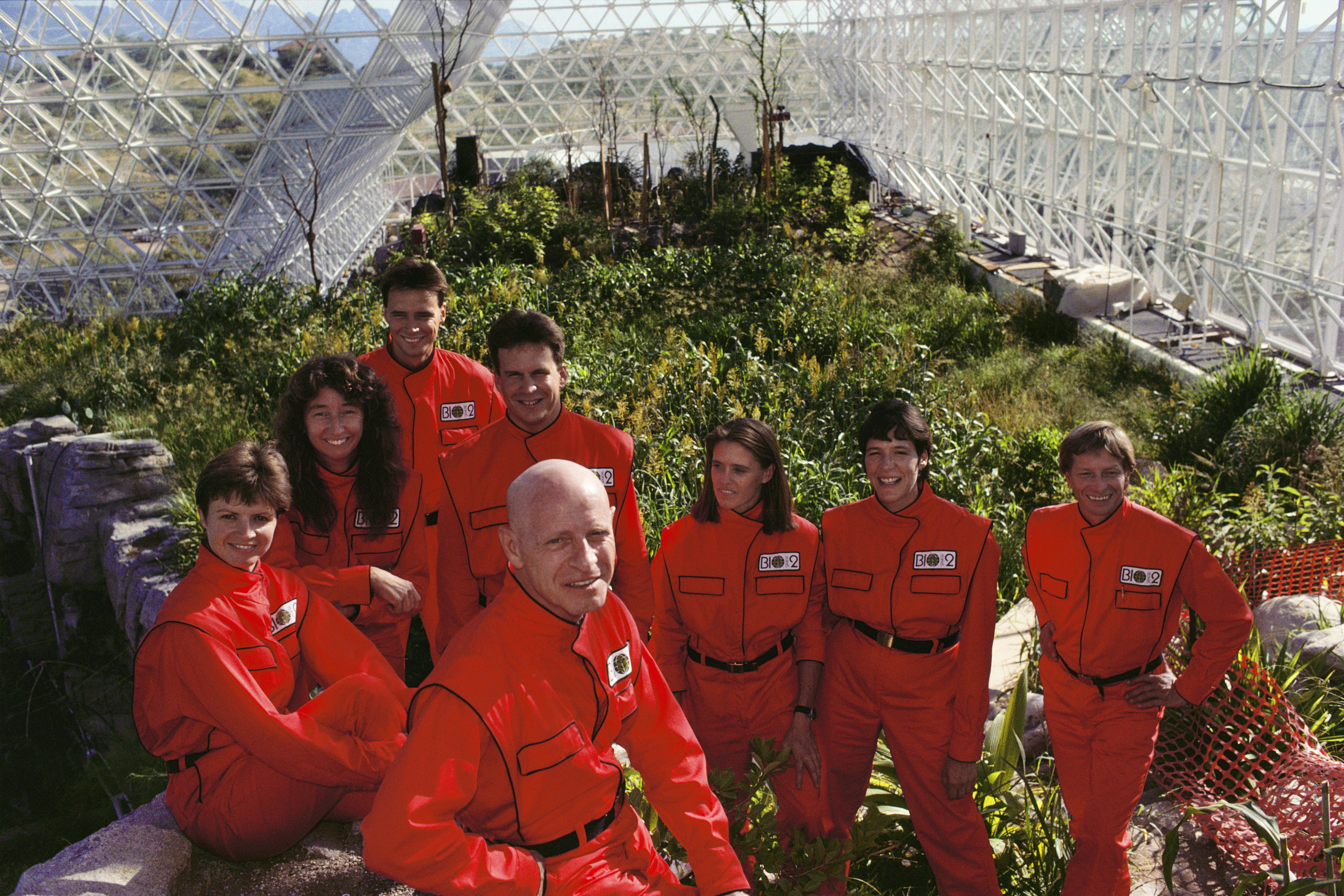 Neon has another winner on its hands with Spaceship Earth.  Adam takes a look at the film that will reengage you with Biosphere 2 and wipe away any memories of the early ‘90s trash that is Biodome.

Director Matt Wolf has created a documentary that gives insight, clarity and emotional relevancy to an early ‘90s too-wild-to-not-be-true Science Experiment: Biosphere 2.  Spaceship Earth is as compelling a film you’ll see this year.

In 1991 eight scientists entered into a $200 million glass enclosure known as Biosphere 2 (the 2 because Earth was considered Biosphere 1).  Their goal was for 2-years to study what life could be like in a man-made biosphere to see if life, including human, could be sustained for space travel.  By the end of the 2-year experiment the media and most pundits considered Biosphere 2 a joke and failure.

Spaceship Earth dispels most of the conjecture and what turns out to be rumors and gossip about Biosphere 2.  Wolf and his behind-the-scenes crew amassed over 600 hours of archival footage and thousands of still photographs to craft a non-fiction narrative that both illuminates as it entertains in a highly engrossing topic.  A topic that even if one thinks they know most of the story, will be genuinely surprised by many of the “only in real life” turn of events that happen.

The film adroitly tells the story of John Allen the entrepreneur/adventurer/possible cult leader beginning in the 1960s and forming various “developments” that led to the creation of the Heraclitus a proto-Biosphere 2.  The Heraclitus was an experiment to build and eventually launch a ship to sail around the world.  The successes and boldness of Allen’s ventures and the motley crew he puts together builds to the crescendo of the film and the creation of Biosphere 2.

It is during the Biosphere 2 experiment and all of the troubles inherent within this quarter of a billion-dollar research project is where the film really shines. Though much of the quirky optimism of the first half gives way to slowly impending cynicism as things begin to go wrong the film remains compulsively watchable.  In an age where we are all suffering through our own issues with being shut in, Spaceship Earth, is given an added sense of relevancy and urgency as we see the eight subjects begin to feel the effects of working and living in a confined space.

Though it is not this added relevancy that gives Spaceship Earth its sucker punch but rather the ending coda of what occurs after the experiment.  Wolf and his editor David Teague perfectly approach the final five-minutes for maximum effect.  It’s in these final moments that anyone that has followed the news in the last four years will not be shocked nor surprised by who and what occurred.

Spaceship Earth is a perfect documentary for the moment we are currently living in.

Neon is releasing Spaceship Earth on VOD May 8th