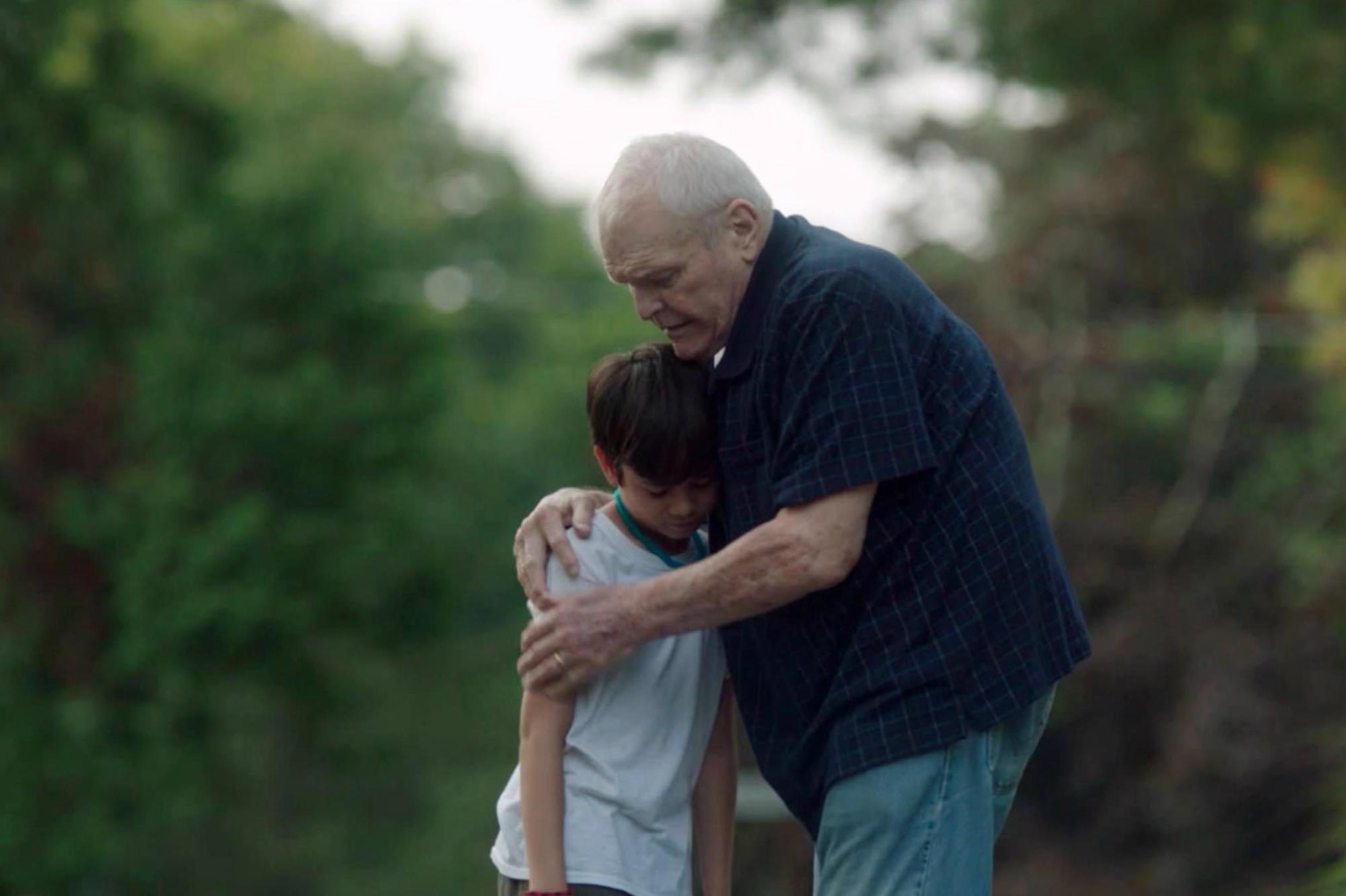 In these strange times, a gentle film about kindness from unexpected sources is possibly just what we need. Marie took a look at Andrew Ahn’s Driveways and was delightfully enchanted.

The opening few scenes of Driveways appear to be deliberately setting up audience expectations for a certain type of film. Kathy (Hong Chau), a single Asian mother, and her young son Cody (Lucas Jaye) are on a long drive. At their destination, a grizzly-looking old man (Del – Brian Dennehy in one of his final leading roles) sits on the neighbouring porch wearing a cap clearly indicating he is a veteran of the Korean War. Nothing is going to plan, and things are set up for fractious times.

However, director Andrew Ahn’s film is delightfully lacking in conflict in this respect, and instead shows us small acts of kindness and the goodness in people which allows the shy Cody to learn to express himself in his new environment while his mother is coming to terms with the legacy of her sister’s death. Cody is an intelligent, introverted child who finds it difficult to interact with other people and would rather play video games alone or read a manga comic book than kick a ball around. Being in a new situation, and under the watchful eye of the neighbour Del, Cody eventually blossoms in a relationship where there are no expectations of him.

So Driveways turns out to be Cody’s story, but it wouldn’t work at all without two beautifully delivered performances from Hong Chau and Brian Dennehy. Chau’s Kathy is resilient, resourceful and not afraid of hard work, but the task of clearing her sister’s house suddenly becomes overwhelming, triggered by an unexpected sympathetic comment from another woman. Chau portrays Kathy as the epitome of Eleanor Roosevelt’s comment that a woman is like a tea-bag – you only find out how strong she is when she’s in hot water.

And Brian Dennehy, sadly in one of his last roles, is unbelievably touching as the lonely army vet who gently takes the young Cody under his wing, seeing in the youngster missed opportunities with his own family in the past. There’s a sweet scene in a bingo hall when Del introduces Cody to his army friends which is incredibly touching in a very simple way, and which left an air of joy even after the movie was over.

Driveways is a very gentle, delightful look at how people form unexpected connections, and is a lovely reminder of how small kindnesses and a little thought for the welfare of others goes a long way, particularly in these strange times.