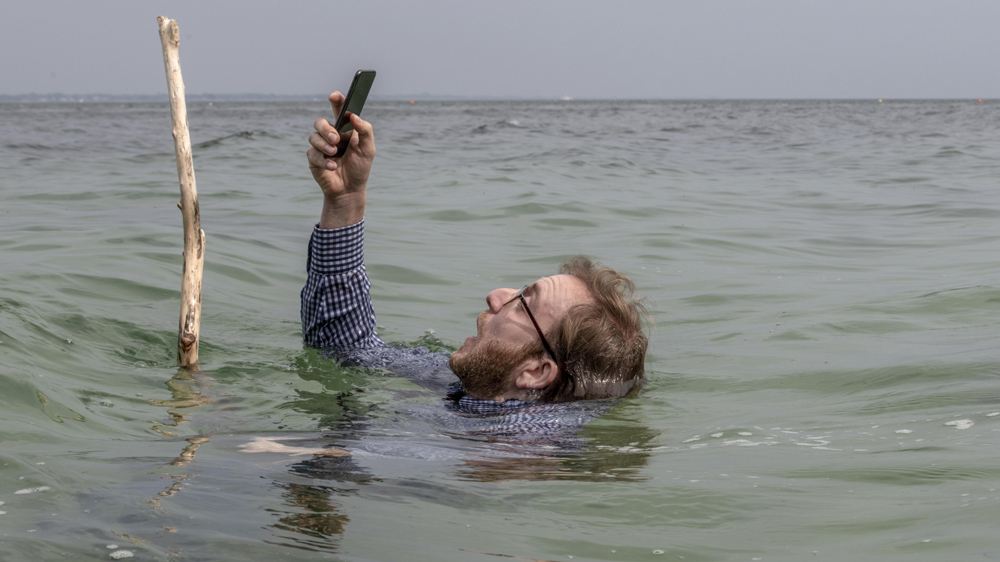 A loosely connected series of stories tell with darkly comedic wit and razor sharp satire the cost of technology, social media in our modern society. It’s not as bleak as Black Mirror and is much lighter on its feet.

What do social media influencers, an online romance, a dating app, a shopping algorithm, and massive a personal information leak have in common? In the film Selfie’s case, it is all in how people interact with technology to great comedic (sometimes darkly so) effect. Not an anthology film as much as a Pulp Fiction-style film of loosely interconnected vignettes that perfectly critique our modern age of too much sharing and not enough connections.

The film cleverly interconnects five stories in unexpected ways. A family of social media influencers desperately trying to hold onto their audience and the lengths they will go to. A teacher, who has no social media presence, begins one only to start a burgeon romance with a popular standup comedian. A guy in the world of on-line dating cheats the system to date the girl he stalks to unexpected results. A man who uses a shopping algorithm as his bible goes against what said algorithm tells him to buy with unexpected results. On the day of a couple’s wedding a massive personal information leak occurs, the only problem, the couple and their guest are stuck on an small island with no Cell or WIFI signal.

One would think that with five directors at the helm, Selfie would be a messy affair, it is by no means disjointed. In fact, filmmakers Tristan Aurounet, Thomas Bidegain, Marc Fitoussi, Cyril Gelblat, and Vianney Lebasque create the perfect melding of talents and similarly minded comedic sensibilities. This reviewer had no clue until the final credits that it was not a singular talent but five unique individuals that created wrote and directed the film. That uniformity of style and sensibility strengths the film which at times can fluctuate from wildly satirical to whimsical to grounded.

The same can be said for the acting talent involved. In this type of venture, style and acting approach can sometime ruin the entire affair. The ensemble is just that, a perfectly connected and attuned group that understand the subtle shifts in tone that are at play in each of the vignettes. Some actors intermingle between stories as the connecting threads but never feel out of place rather a tapestry of the whole piece.

Manu Payet is the standout comedic force of nature in the silliest (and best) storyline involving an Amazon style retailer and their literal almighty algorithm. Right behind him are Blanche Gardin and Maxence Tual as the matriarch and patriarch of the Perez family, the story that is the backbone of the film. They are alternately empathetic and highly repugnant as we chart their decent from fame to infamy (on the internet I guess there is no distinction).

Selfie is the type of unique stylish comedic film that one must see for themselves and not be ruined by reviews or reviewers. The wicked comedic delights held within are too good to be revealed by anyone other than the filmmakers very able storytelling acumen.