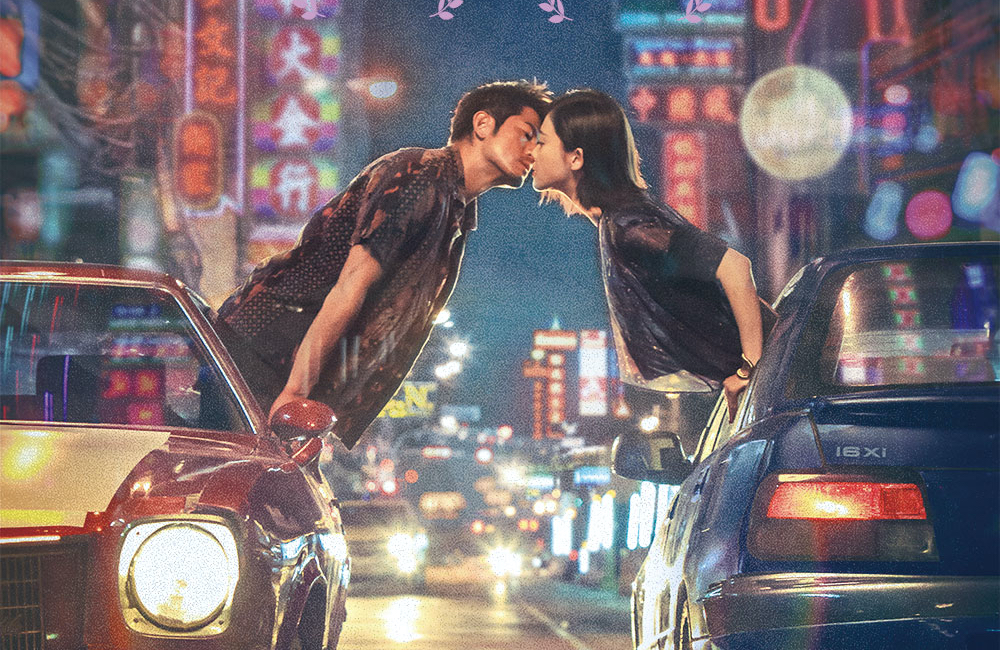 One Night Only is a rare hybrid; Romantic Crime Thriller.  Star Aaron Kwok and Yang Zishan shine in this unexpected film.

Romance is hard to do.  The kind of romance that One Night Only attempts, and succeeds at, is even more difficult.  Matt Wu’s directorial debut is a rare Crime film with a romance at the center of it that will find many fans of both genres.

Gao Ye (Kwok) has lost everything to gambling; fortune, family, friends, even his wife, and child.  Fresh out of Prison Gao Ye finds nothing left in this changed world other than the thrill of gambling his life away.  He does so with reckless abandon until much like any gambler his debts catch up to him.  Given 24 hours to clear his debts, events are set into motion that is out of Gao Ye’s control.

That includes meeting a prostitute Mo Mo (Yang) who intricates herself into his life.  Gao Ye does everything to shake this woman away from him including throwing her money away.  No matter the words or actions Mo Mo’s almost psychotic clinging to this damaged man.  Slowly, Gao Ye begins to bare his soul to a woman he just met and there may be a chance at redemption.  A slim chance coming out of this unscathed and possibly with a relationship with his estranged daughter.  Will the fates allow it, or will the harsh mistress of gambling smite down Gao Ye.

Kwok known in his native China and by many fans as one of the biggest stars in the world shows exactly why he has been that since the late 80s.  As Gao Ye, Kwok is allowed to play to his strengths as the wounded soul that you want to root for.  Gao Ye may do terrible things but Kwok’s charm and star power are always radiating.

Yang is outright amazing here having to play essentially dual roles here as Mo Mo.  Much of the amazing work cannot be discussed because it would ruin the second half of the film and the surprises that it holds.  One should have faith in the film though, as many will want to outright reject Mo Mo’s actions as ludicrous.  If the film is given a chance, one will find how special the role and the work that Yang has pulled off here.

Matt Wu’s film is one of unexpected and earned delights.  Wu directs the film with a stylish visual eye that’s always in service of the narrative and characters.  The director understands that we have to understand the lurid thrill of gambling in order for us to relate to Gao Ye.  The film’s visual style recalls the neon-soaked romanticism of War Kong Wai without the overwrought style for style’s sake.  Though unlike War Kong Wai, Wu evolves the style within the film as the narrative evolves to starker although still romantic third act.

The script written by Zhengdao Chen and Ryan Ren is sharp and hard-edged as any crime film released in recent memory.  There is no romanticism to the gangsters and gambling here.  The writers understand that for their film to work that the story needs to be both a crime thriller and a romance in equal balance.  There are truly terrible gut-punching moments of consequence in the film, and they never downplay those moments.  They also never downplay some truly dizzyingly romantic moments between the leads.

There is a mid-film car race the story crescendos on that both the writers and director Wu execute perfectly.  It’s the meeting of the two genres the film plays with.  It is the moment when our lovers find each other and find understanding.  It is also the moment that determines every action in the second half of the film.

One Night Only does what films rarely do and does it with beauty and grace.  At once the film is a fantastic crime thriller and a beautiful fatalistic romance. This one is the real deal and not to be missed.

One Night Only is on DVD and Blu-Ray now