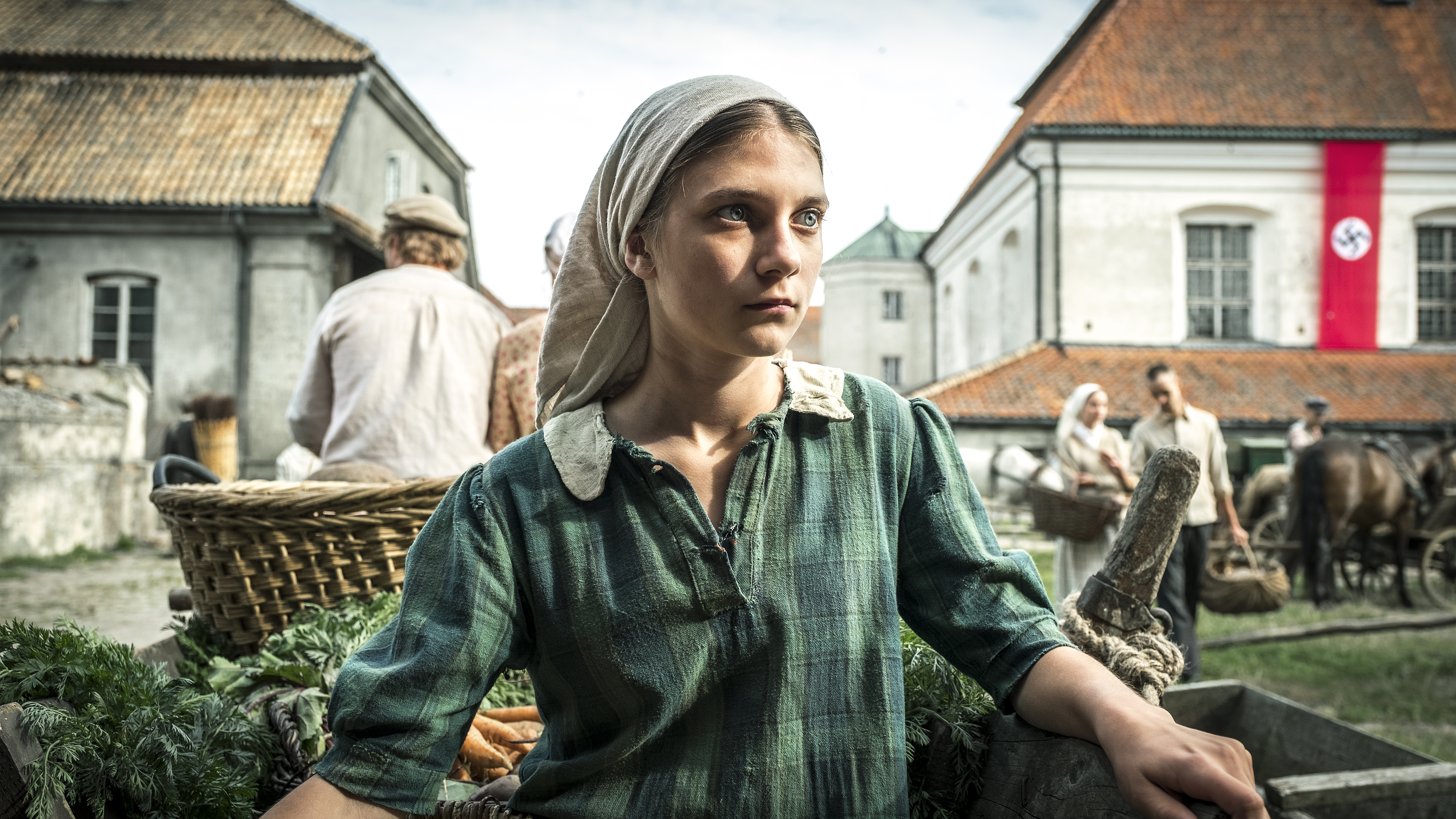 A tour-de-force performance from young newcomer Zuzanna Surowy is the highlight of this based-on-a-true-story drama about the life of a Jewish teenager trying to escape Nazi occupiers in her native Poland.

The Occupation (known everywhere apart from the UK as My Name is Sara – a much more appropriate title) is one of those stories which, if it wasn’t based on the real-life experiences of an actual person, would be hard to accept.

Living in a small village on the border between Poland and Ukraine in 1942, Sara Góralnik (newcomer Zuzanna Surowy) is a 13-year-old Polish Jew who escapes the imminent and life-threatening Nazi occupation by leaving her family behind and fleeing to the Ukrainian countryside. Stealing her Christian best friend’s identity, she finds cold refuge with a farming family who have secrets of their own.

From early on, it’s clear that Sara is a tough bunny. Not in a scrappy sense; but the mental fortitude that she needs to first survive and then maintain her existence is something extraordinary for a 13-year-old. The knowledge that she has picked up from her Christian friend comes to her rescue on more than one occasion, and Sara keeps her composure in situations under which most of us would probably crack.

The trouble is, this is something that we’ve seen so many times before. It’s fine, beautifully shot, and a genuine story, but it suggests little that viewers will not already be aware of. There are a few moments of brutality when the audience is reminded of the horrors perpetrated by the Nazis (an elderly priest taking a significant decision, for example) but I imagined I would have felt more anxiety more often for the duration of the film. And although the general history of WWII might well be known, the specifics of that region of Europe, including the influence of the Soviet Union on Ukraine prior to the German invasion, are skated over; the narrative might perhaps have benefitted from a little more context to truly understand the mind sets of the different characters met along the way.

That being said The Occupation is indeed a beautiful looking film, shot for the most part with natural light, resulting in huge contrasts between indoor fire lit settings and outdoor sweeping rural landscapes. Many of the images could be direct from paintings, and the silent moments are well-chosen.

Perhaps the best thing is the performance of Zuzanna Surowy as Sara. In her first acting role, she is an almost constant presence on screen – often with her face in close up as we examine her inner turmoil at war with her external mask. She is outstanding, and it will be interesting to see if she chooses to continue a career on screen as she matures.

The Occupation is released on DVD and digital download in the UK from 30th March 2020.