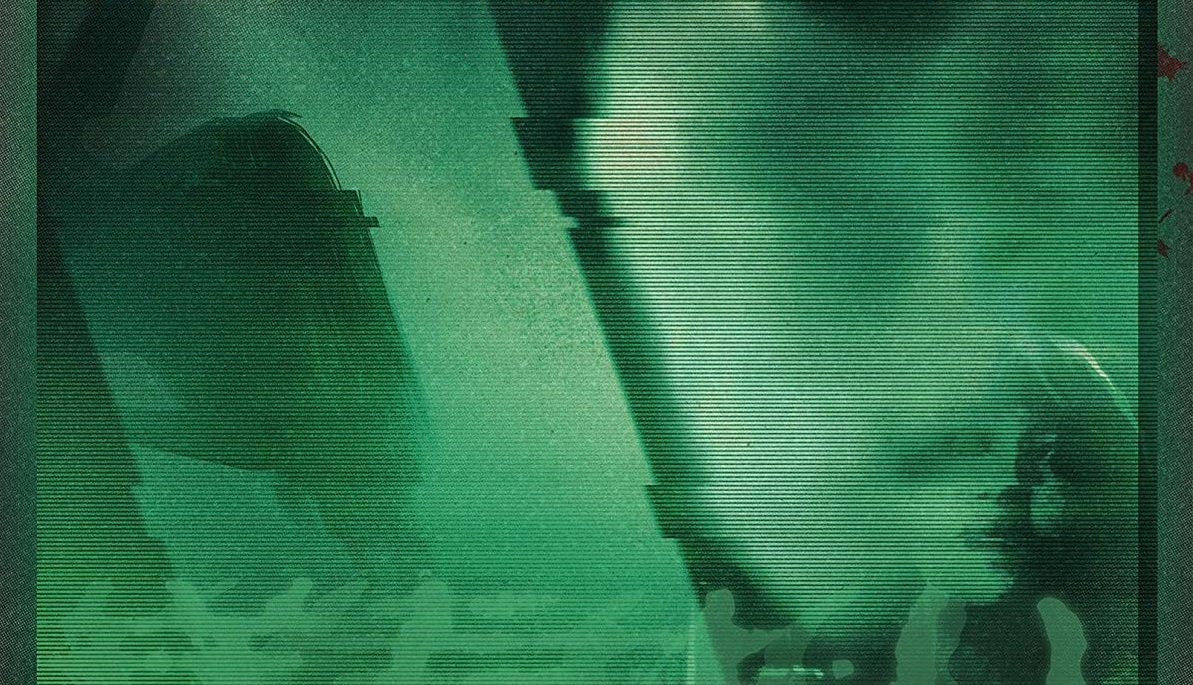 The J-Horror trilogy One Missed Call comes to Blu-Ray loaded with special features from Arrow Video.

Of the approximate 843 films that Takashi Miike has directed, One Missed Call stands as one of his most commercial ventures.  Hot on the heels of Ring, One Missed Call takes the idea of haunted technology and as in all Miike films; takes it up a notch.  Miike’s works so well with the given material because of the heighten places they take this haunting.  The best example is the mid-film set piece set in and around a TV News Station and their exploitation of one of the upcoming victims.  Miike’s sense of play and meanness work well with here which anyone who has seen the J-Horror entries about little girls with long hair will most certain see coming from a mile away.  What matters most is the execution, and this film does it better than almost all but one.

Rather than create a sequel with the same ghost avenging the same trespasses, Once Missed Call 2, creates an entirely new trespass.  Instead of the dangers of child abuse and Munchausen Syndrome by Proxy, we have racism and the abuse of the disabled (both big topics in Japan) as the pinpoints of vengeance for our wrathful spirit.  One Missed Call 2 manages to take the best of the original and spin it into a meaner narrative.  The ending set in a Chinese Coal Mine is perfectly bleak and dark as the subject matter it tackles.  Part of the surprise is how both OMC and OMC2 dovetail into each’s narrative perfectly in a way that’s a crafty bit of invention.

Most third entries are the worst entries in any series.  This is not the case with the One Missed Call: Final.  Taking a cue from The Final Destination Series, the film targets High School kids on a trip to South Korea, with death finding a way to take them all down one at a time in the most ridiculously fun and mean-spirited ways possible.  It does help that the filmmakers make no qualms about how shitty these kids are and what they have done with bullying a former fellow student. The ending is equal parts cheese-splattered maudlin as it is blood-splatter stark. This is part of the movies charm.  Equal parts hopeful and bleak.

Though not mentioned this transfer seems to be culled from a new 2K (or 4K Master).  The film’s darkly lit image is beautifully rendered on this edition.  The film has been given a wider space “to breath” so to speak on a single disc (rather than the next two which reside on one disc). The contrast levels are perfect and the slightest hint of grain give the image an organic feel.

The second film’s transfer image is brighter than the originals. Contrast levels still remaining consistent but the image has a bit more pop to it than the original, which appears to be by design of the director.

Again much like the second film, the third film appears to be brighter and color saturation has a bit more pop to it.  That appears to be by design by the directors.  Miike’s first film has always been darker in terms of lighting and color palette.  Here though the color palette is the same it’s not as subdued as the first.

Disclosure: The films were viewed on a Sony XBR76Z9D using a Sony UBP-X700 4K UHD Player

The Audio Commentary by Miike Expert Tom Mes. The commentary is a great deep dive on the prolific director’s work but staying specifically with this film and its importance. Topics discussed Japanese Occult Boom of the 70s, Technological Fears, the Sarin Gas Attacks all informed J-Horror, The Haunted School (a TV Series), the influence of Hammer Horror, Ridley Scott’s Alien, the over use of CGI, Structural and architectural philosophy, and so much more.

The Making is One Missed Call is a 57-minute making-of with Director Miike front and center. The doc uses a combination of raw b-roll footage and interviews from the premiere to create a unique making of Featurette. The best part of the making of is that it is edited in chronological order of the production giving people a sense of how discombobulated a film production can be.

Kou Shibasaki – a 6-minute interview that feels more EPK which is traditionally what the Japanese do and have done with other releases. Much of this footage has been used in the making-of documentary. They ask the actress standard questions about preparation for the role, what scares her, about working with Takashi Miike.

Shinichi Tsutsumi – a 3-minute interview that feels more EPK which is traditionally what the Japanese do and have done with other releases. Much of this footage has been used in the making-of documentary. They ask the actor about the film, interesting production stories and developing his character.

Kauze Fukiishi – a 2-minute interview that feels more EPK which is traditionally what the Japanese do and have done with other releases. Much of this footage has been used in the making-of documentary. They ask her one question which was working on the production and interesting anecdote from the set.

Takashi Miike – a 2-minute interview that feels more EPK which is traditionally what the Japanese do and have done with other releases. Much of this footage has been used in the making-of documentary. The director talks about working with actress Kauze Fukiishi, actor Shinichi Tsutumi and asks him to describe the movie in one word.

Interview with Takashi Miike – a 20-minute interview with the director discussing the film. Question prompts are displayed before he answers the questions. Miike a thoughtful and quiet man when it comes to his response. Even the most routine question they ask him comes with an eloquent answer. Also of note, Miike wears the most amazing of shirts during the interview. One would even say it’s a legendary fit.

Screening – is 14-minutes of b-roll footage of the stars, producers and director as they go on their press tour beginning with the Tokyo International Film Festival.

Live or Die – is 12-minutes of the live broadcast from the film. Arrow has cleverly put it together as a multi-angle Featurette allowing you to choose from two angles on your remote. The footage is the actual camera footage the production filmed.

A Day with the Mizunuma Family – a 3-minute Featurette that shows the raw footage that was recorded from the second act reveal of who is abusing the little girl of the story. This footage is just as raw and disturbing as it is in the film. Amazingly, this camcorder footage is as disturbing as it is in the film.  Much of that is thanks in large part to Miike’s use of DVcams early in his career.

Alternate Ending – a 3-minute “unseen” version of the finale. The featurette does warn at the beginning it is graphic. The ending does live up to Miike’s reputation for gore. It was the right decision to cut it and use the one they had in the film. I won’t ruin it but… please don’t be mad at me when you find it’s not what you think.

Rounding out the special features on the first disc for One Missed Call are the Theatrical Trailer (81-seconds, highly effective), Teaser Trailers (2 25-second teasers), and TV Spots (7 30-second spots that some use a very “emotional” pop song to strangers effect, others they use the phone call aspect as the hook very effectively, note most of them use the main heroine’s Scream)

The Making is One Missed Call 2 – a 32-minute making-of that mirrors the first making-of Featurette. The doc uses a combination of raw b-roll footage and interviews from the press tour to create the making of Featurette. Rather than have the making of be chronological they’ve opted to have it broken down by actor and their experience. This one is much heavier on the talking heads rather than the B-Roll footage that make that making-of on the first disc such a treat. The footage it does have is a treat because a lot of it is footage of the makeup effects work.

Gomu –a 4-minute short film by the director Renpei Tsukamoto . The shot on video short is a prequel of sorts. It bridges the two movies with a character. It’s short effective and actually kinda fun. It even ties to the third film with how the ghost works.

One Missed Call 2 / Deleted Scenes – a 10-minute Featurette where director Renpei Tsukamoto guides us through the 3 scenes he cut and why he cut them. They are; The House of GAO Shumei, Inside the Car, Coal Mine Entrance.

One Missed Call 2 / Music video – A Prayer for Love by Aki is a 5-minute long video. Artfully directed with scenes from the film intercut. If one is into early 2000s J-Pop it just great shot videos this will be something you’ll want to check out.

The Making of One Missed Call: Final – a 52-minute making-of Featurette. The doc uses different from its predecessors because of its slicker production values. They still use of raw b-roll footage and interviews from to create the making of Featurette this time there a very serious narrator joining the fun. This in fact appears to be a television special rather than a bonus feature created for a home video release. More gloss than content.

Maki and Meisa – a 15-minute Featurette about actresses Maki Horkita and Meisa Kuroki. Be warned this is a very Japanese style EPK interview. It was more than likely filmed for a Japanese entertainment show. Definitely a curiosity for sure.

Behind the scenes with Keun-Suk Jang – a 12-minute interview with the South Korean actor and male lead of the film. This seems similar to the Maki and Meisa featurette, recorded for a Japanese Entertainment Show.

The Love Story – another short film (12-minutes) this one tying to One Missed Call: Final. Rather than a short traditional narrative films, it’s a collage of pictures and moments. Like one a teenager would put together. It’s schmaltzy for sure. You’ve been warned. It is definitely NOT a horror short.

Candid Mimiko – a 15-minute guided tour of the locations of the film by the actress that plays Mimiko in all three films. This similar to the Maki and Meisa, and Keun-suk Jang featurette, it’s recorded for a Japanese Entertainment Show.

Rounding out the One Missed Call: Final special features is its 2-minute long theatrical trailer.

Arrow Video’s One Missed Call Trilogy is not to be missed.  The volume of the Special Features put this one over the top.  Highest possible recommendations!!!