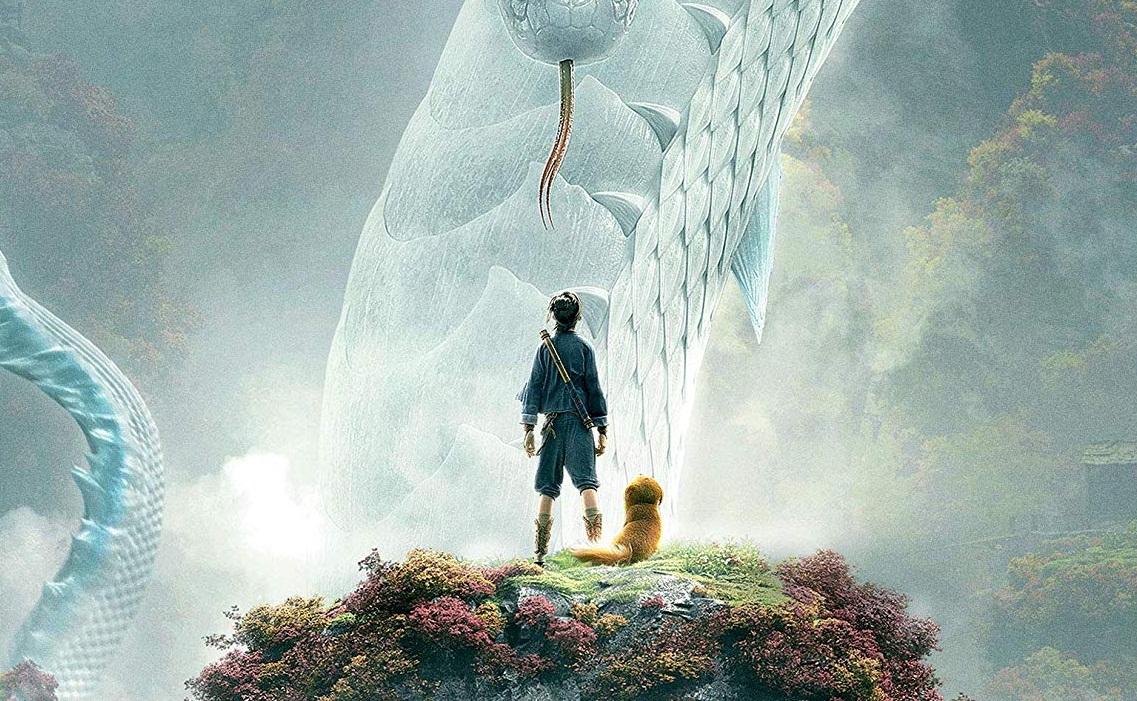 An often-told Chinese Fairytale gets the lush animated treatment.  White Snake is new from Shout Factory on Blu-Ray.

US audiences are not familiar with the Legend of the White Snake, at least those unfamiliar with Chinese Culture or their films.  White Snake takes this legend and skews it just a bit making it more of a romantic adventure story than previously told.

Blanca recounts a moment in her eternal life as a demon Snake when a poor farm boy Xuan fell in love with her.  Blanca an assassin sent to kill the Dark Emperor fails at her mission, worst still she has suffered from a case of amnesia.  Xuan finding her decides to help her find her flee from the general’s men who are hunting her.  Soon the two find there are larger stakes at play as the Dark Emperor wants Blanca and her kind to grow his supernatural powers.  Can Blanca and Xuan against all odd save China from the Emperor and accept each other’s love.

White Snake’s biggest asset is that the film is more romance than adventure.  That angle and the yearning and longing that directors Ji Zhao and Amp Wong bring to the film creates a unique blending of ravishing imagery and emotions.  That is not to say that the film is not filled with spectacular set pieces, it is, it is that the emotional core is put before action.  The results are a film that feels more like Wong Kar-wai and less Tsui Hark.

Those that are willing to give a less traditional animated feature a chance will be rewarded investing in White Snake.  The film uses animation as a tool and never suffers from the conventions of traditional US fare.  That is to say, White Snake is refreshingly mature and morose in its storytelling.  Something you rarely see, even in live-action.

Shout Factory has gotten a beautiful transfer of the film.  The Blu-Ray transfer glows with color reproduction and saturation the highlight of the transfer.  The gorgeous animation shines through this razor-sharp transfer.

Trailers – included are four trailers (totaling 6.5-minutes). 2 US Trailer (one English language the other Mandarin), 2 Chinese Trailers (both in Mandarin). The trailers are fascinating for anyone who wants to see the difference in marketing in countries.

Storyboards are actually a Storyboard Comparison featurette that runs about 5-minutes and shows various storyboards from pencils to animatics. Two scenes are shown; the umbrella flight and the destruction of the town.

Music Video – ORIGIN by Zhou Shen is a classic old school made for MTV style soundtrack music video with a montage of images from the film playing over the song. Runs about 3-minutes long.

Interview with Ji Zhao is a 16-minute sit-down interview with the director. There are Question prompts intercut with the director specifically talking about these points. Some of the talking points include how they adapted and why they adapted this very famous fairytale in animation form, the action scenes and how they were developed and referenced. It’s a great interview that gives more information on top of the Q&A.