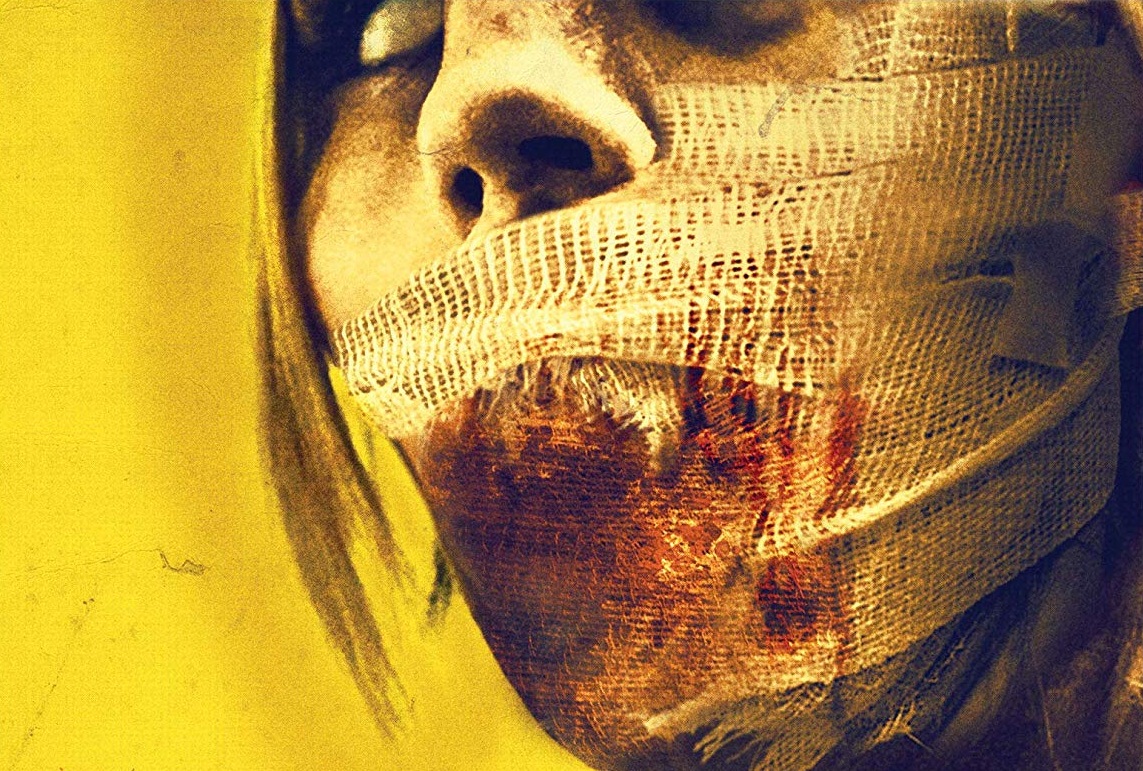 The Soska Sisters’ remake of the Cronenberg cult-classic Rabid updates the film for contemporary concerns.  The results are a visceral and thoughtful look at the Male Gaze, Toxicity, and so much more. New on Blu-Ray from Scream Factory!

I have been on record for the longest time not caring about remakes/reboots/reimaginations or whatever you’d like to call them. That isn’t to say that they will not pique my interest if done correctly.  Enter Jen and Sylvia Soska’s remake of David Cronenberg’s Rabid taking the plot threads created by Cronenberg.  Where Cronenberg discussed how technology disconnects everyone, the Soska’s look at female beauty, workplace toxicity, and how this relates to disconnection and the end of the world.

Rose (Laura Vandervoot) is a talented clothes designer that internally lacks confidence.  Her worldview, those around her all contribute to this.  Her lack of self-confidence stretches so deep that she does not see that her Boss Gunter (Mackenzie Grey) of the House of Gunter dotes on her and her ample talents.  Through a series of events at a Club Rose ends up disfigured.  This disfigurement only reassures her lack of confidence.  That is until deep diving on the internet she finds the Burroughs Institute, with their claim that through their stem cell research can literally perform miracles.  Rose, feeling nothing left to lose, literally gives herself over to the Institute’s founder Dr. William Burroughs (Ted Atherton).  As promised they perform a miracle transforming Rose’s disfigurements into perceived beauty in a matter of weeks.  Like all things too-good-to-be-true there is a cost.  That cost does not only effect Rose but the city and possibly the world.

Jen and Sylvia Soska create a film that is everything that was the prior film and nothing like the prior film.  The directors have found their own entry into the material that works, dares one says, better than Cronenberg’s original.  A horror film that deals with female beauty, STDs, male toxicity, global virus threats, and the end of the world seems like a lot but it all swirls together perfectly making a heady brew.  Though be warned, this is not a navel-gazing ponderous film, the sisters let the gore fly in some great set pieces that will have horror fans giggling and disgusted in delight.

Rabid is the kind of remake you wish that was made more.  Thoughtfully recontextualization of the original for a modern audience with a kick-ass amount of gore and Make-Up FX to satisfy even the most ardent of critics.  Yeah, Rabid kicks a lot of ass.

The Scream Factory transfer seems to be similar to the one released in the UK back in August.  Though this transfer seems to have better contrast and black levels.  This becomes vital as the film goes into a red-tinted hallucinatory final act.  The image is just as sharp and beautiful as one would expect from a modern transfer.

The audio commentary by Jen and Sylvia Soska is possibly the best commentary this reviewer has listened to in a long time. The Soska’s cover not just the production of the film, but the thematics and a deep dive into everything you could possibly want to know and also a lot you probably had no idea about. The directors are highly intelligent and hilarious as they dispense so much information not only about their views on filmmaking but also gender politics, the state of health and medicine around the world, David Cronenberg, their love of Sam Raimi’s Spider-Man 2, dating in the current era, Batman Returns’ influence, the fashion and how intrinsically involved it was, and so much more. I cannot recommend this enough.

Behind the Scenes with Jen and Sylvia Soska is a 16-minute interview. Beginning with their discussion of working with CM Punk, it’s exactly the kind of wild energy you expect if you have seen the sisters interview. They cover a lot during the interview including shooting in Canada, the effects, remaking Cronenberg amongst other things.

Interview with Laura Vandervoort is a 4-minute long EPK style and covers basic info about her role, how she got it and working with the Soska sisters.

Rounding out the special features is the 2-minute effective theatrical trailer.

The Soska Sisters’ Rabid is what exactly what horror fans want; horror with a bit more on its mind than usual.  Scream Factory gives the added bonus of a truly great Audio Commentary.  High Recommendations!!!!

Scream Factory’s Blu-Ray of Rabid is out February 4th