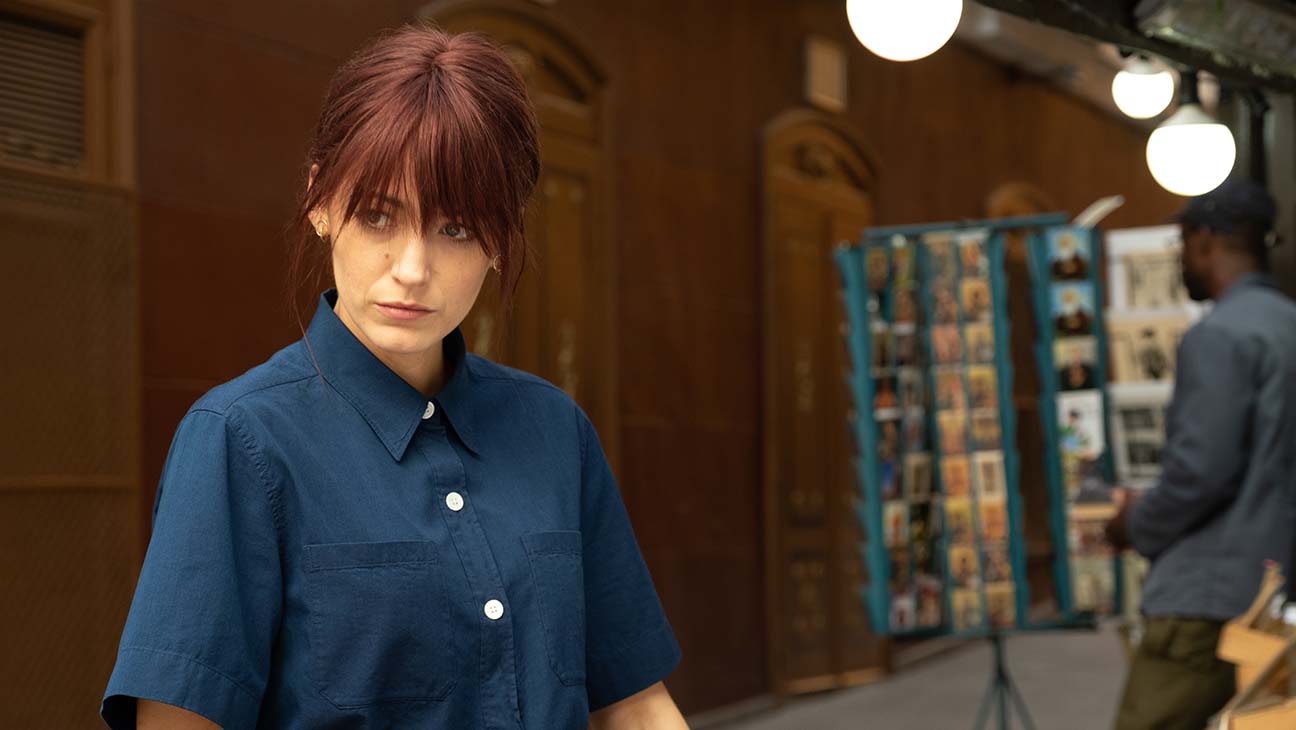 A game Jude Law and a few crackerjack action scenes cannot save the script and narrative issues in The Rhythm Section.

One hopes that director Reed Morano gets another shot at this sort of intense action drama as the clunky and clichéd script and narrative choices drown The Rhythm Section before it even has a chance to get moving.  The film does prove that Morano has a handle on action and given the right actors her work is dynamic.

Stephanie Patrick’s (Blake Lively) world shatters when her family is killed in a Terrorist Act.  A few years later she’s become a drug addict and sex work to “cope” with these events.  When she’s found by a journalist (Raza Jeffrey) it sets off a chain of events that leads Stephanie to the hard tutelage of Boyd (Jude Law).  Turning her from druggie sex worker into a sort-of-assassin, Stephanie proceeds to take down the terrorist cell that murdered her family.

The major issues with the film come from the narrative and script by Mark Burnell.  This is a case where the author should not have adapted his own work.  Every cliché and dated choice is on display here.  Rather than giving Stephanie a truly inspired story, they pull out the “drown my sorrows in drugs and meaningless sex” because you know… she’s a woman.  When they do finally have the character get some agency she’s inept at everything she does.  Now, this would not be a problem if this was the “realism” they were going for but as the third act begins Stephanie says, “I’m doing it my way”.  Stephanie’s Frank Sinatra moment, what is it? It amounts to having sex with the villain.

Morano’s execution of the action is anything but clichéd and is one of two reasons to seek out the film.  Her two major set pieces are expertly staged for maximum impact.  Morano understands the power of subjectivity in an action scene and manages to create a nervy mid-film car chase that will have you clenching your fists.  The final chase through Madrid is equally tense in its messiness and verisimilitude.

The other piece of delight comes from Jude Law as Boyd.  Law in his later years has finally emerged with the gruff and rough exterior that matches his performances.  Hunched over, serious, and deadpan masochistic Boyd is the hard-hard teacher and mentor that shapes soft poutine into dense Hanzo Steel.  Law relishes every minute of it with his accent all hanging out.  Watching Law as Boyd feels like what his interpretation of Bond would be and it’s the most exciting thing about the film.  He electrifies the film when he’s on-screen and the film almost comes to a halt when he isn’t.

The Rhythm Section proves two things.  One that director Reed Morano deserved better than this script.  Two Reed Morano and Jude Law should work together again, as soon as possible.  Pretty much everything else you can leave when you exit the theater.

The Rhythm Section is out now in theaters