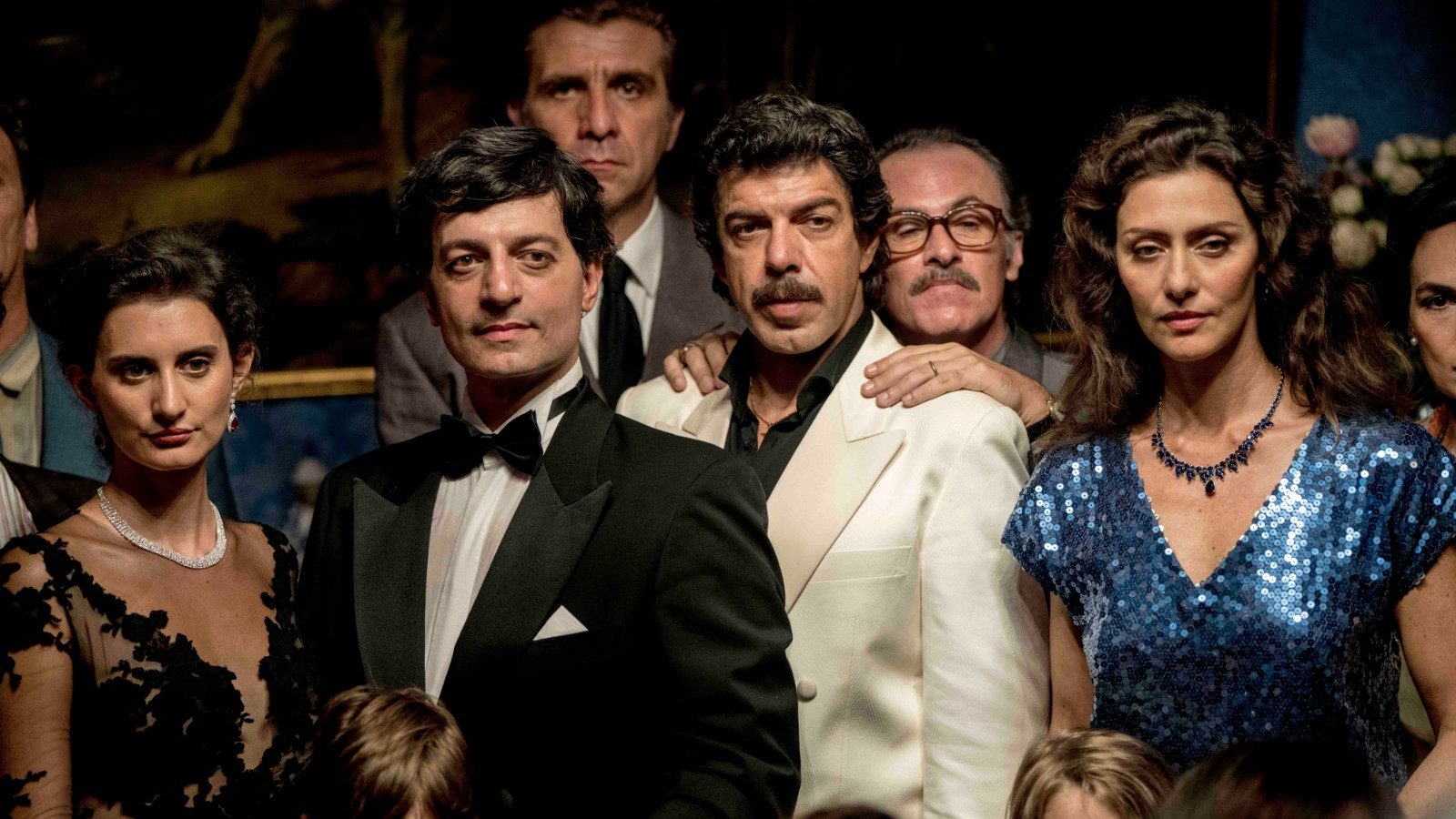 If there’s one Epic Gangster Film to see this awards season to see its Marco Bellocchio’s The Traitor.

Told over four decades and three continents, The Traitor is an Epic in every sense of the world.  By telling the story of Tommaso Buscetta, a real-life Mafia Don turned informant to the Italian Government, Bellocchio is able to fashion a story about the toll that this life takes.

The true-life story of Tommaso Buscetta who in 1984 after being captured, tortured, and a suicide attempt is extradited from Brazil back to his native Italy.  Buscetta has become an informant or pentito for the government.  Sticking to his own “code” on what he will and will not speak on, Buscetta gives the Italian government the information they need to begin to prosecute other Mafia Dons.  As the Dons begin their dangerous game of intimidation in and outside the courts Buscetta stands for what he thinks is right, even as his family and friends die around him.  Atonement for his past sins, but will his present and demons of the past ever allow him to have peace.

By eschewing all of the normal conventions of this specific genre (re the gangster picture) Bellocchio has created something at times funny, humane, thrilling, sad, and ugly.  By rejecting the normal conventions and clichés, Bellocchio goes deeper into the pathology of these Dons.  There are no long montages set to specific of the era needle drops by the Rolling Stones.  When people are murdered it’s done in a quick, stark, violent manner that is done before it’s over or has people begging for their lives.

The bulk of the film is set in courtrooms, adjacent corridors, and rooms in the halls of Italian justice.  Bellocchio shows us the trails that Buscetta must testify at, his fellow Dons arguing with him an almost comedic pitch.  Showing us Men of duality, who speak of honor but if they are crossed or feel they have been wronged have no compunction in murdering their fellow Dons’ and families in the most terrifying of manners.  The film adds a layer of true complexity beyond anything an audience normally sees in the gangster film milieu.

Even Buscetta, the protagonist of the film, is shown in these dark and complex tones, as he stands righteous and indignant towards his fellow Mafia Dons.  The man is no better, only on the other side of the law, and having not been convicted.  Played masterfully by Pierfrancesco Favino, Buscetta is a man looking at the crimes he has committed thinking that atonement for those is the testifying against others in his position.  In his eyes because he never “sold drugs” that makes him the exception to the other Dons.  Bellocchio and Favino never for one-second show Buscetta as a man of heroism but rather a man who’s done terrible things, trying to amend for those sins.  Sins he may never be able to atone for, something that Buscetta is keenly aware of.  Favino creates someone who is at once sympathetic and terrible in equal measure.

Everything Bellocchio is saying comes starkly clear in the final moments of the film as he shows the ending to a story that Buscetta had attempted to tell at the beginning of the story.  As this story unfolds we understand the deeply rooted effects of the Mafia in Italy.  This haunting moment played as a coda to everything that has come before it.

As the piercing tone of the violence still echoes through the night veiled, we have witnessed the true ending of Buscetta.  Not in the moments of an old man fear that he will not die in his bed but the one of youth with life before him.  Youth who has made his decision but simultaneously running away from what he has done.

Make no mistake; Marco Bellocchio’s The Traitor is a haunting effective piece of cinema that will find its place in the pantheon of Classic Crime Cinema.