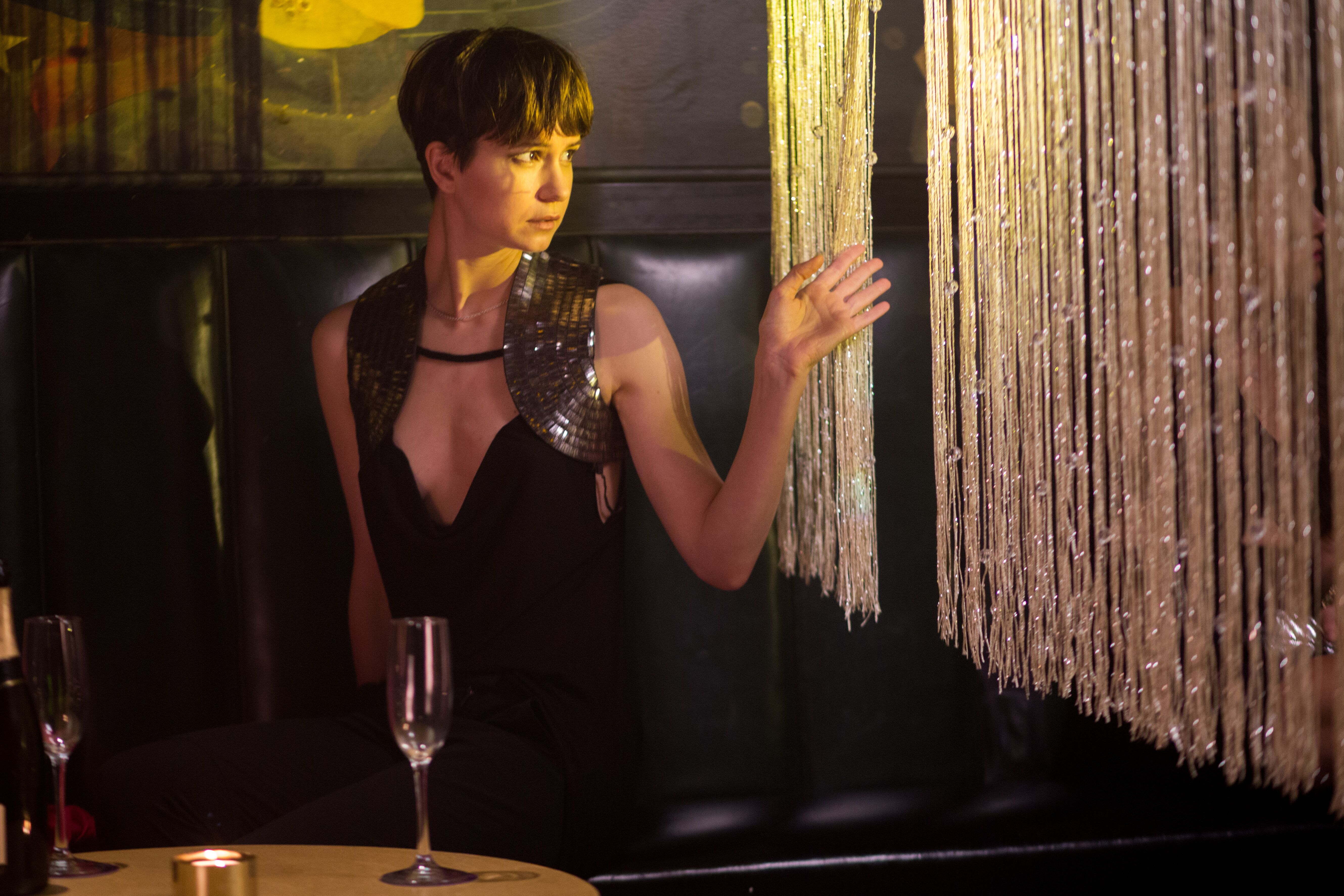 A famous actor dies with a gunshot. A year later, his photographer wife uncovers something which causes her to confront the incident again, dredging up secrets and lies from the past. State Like Sleep has all the hallmarks of a psychological thriller, almost a modern noir,  with the additional screen benefit of Katherine Waterston and Michael Shannon.

Waterston is easily the best thing about State Like Sleep. Her character, also called Katherine, wafts through hotel rooms, streets and bars in a haze of confused and suppressed grief, trying to piece together the mystery of her husband’s death. The only thing holding her back is a really poor wig that’s so dominant, it feels like it’s earned its own IMDb page.

And then suddenly, it’s Michael Shannon to the rescue. Playing a type that’s far removed from some of his recent roles, we first meet Shannon as a sleazy drunk trying to get into the wrong hotel room. He and Waterston share the best scenes in the film; two strangers who learn that they are able to tell the truth to one another, but can’t open up to anyone else. Shannon’s character is as adrift as Waterston’s but for different reasons, and their individual isolation draws them together physically at first, then emotionally.

There are some strange subplots that go nowhere, and others (involving Katherine’s mother and sister) which seem strangely important but whose relevance is sidelined until it’s almost too late. They serve only to render the narrative jagged and peculiar, raising expectations for the viewer that aren’t met.

But giving the film the benefit of the doubt, the main source of confusion is actually in the marketing. Until the very final scene I thought I was watching a slow-paced, low-rate Lynchian pseudo-erotic noir which baffled me in not a good way. The last scene, although terrible and cringeworthy in its own right, made me realise that I’d been watching the film wrong all along. I just haven’t had the inclination to go back and watch it again, but if you forget the mystery and focus on the grief, I’m sure it’ll be better all round.