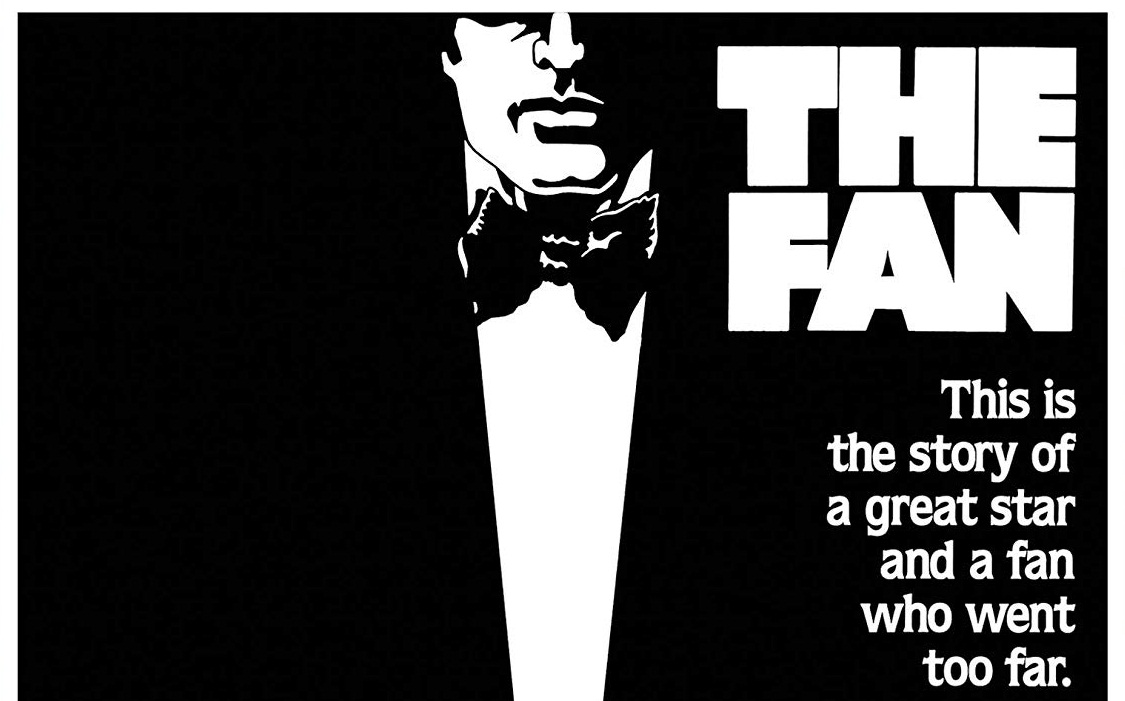 Scream Factory has released, the under seen Lauren Bacall-starring The Fan to Blu-Ray. The stalker-thriller comes to homevideo filled with extras features.

Not to be mistaken with the 1996 Tony Scott Directed film, though they are both about stalkers, this The Fan is not as flashy as Scott’s film.  Rather The Fan is a middling film that toes the line but never fully commits to being the gory overwrought slasher you want it to be.

Sally Ross (Bacall) is a Star on what could be the possible downslope.  She’s in a new musical that seems to be imploding on itself.  Do not tell this or any other disparaging remarks to Douglas (Michael Biehn).  A record store employee by day, a stalker by night; Douglas sends daily letters to his Star. Armed with his typewriter (this is the 80s after all) and a cache of knives, Douglas invades into Sally’s personal life.  As he ups the ante in various ways, Sally and those around her are in danger.  Will Sally be able to survive Douglas’s homicidal obsession.

The biggest issue with The Fan is its lack of commitment to being a straight thriller or gore-filled horror film.  Studio interference caused most of these issues but even either side of the coin is only slightly effective.  The set pieces though complex, in execution, lacks the sort of Brian De Palma-esque flair needed to truly be great.  Though that is not to take away from those moments as it’s in those pieces where Biehn is literally stalking prey is where the film comes alive.

Unfortunately, the rest of the film does not equal to what Biehn is doing until the twenty-minute finale that is inspired but without the weight of an entire film around it.  Stapleton is the best performer besides Biehn.  Both Bacall and Gardener sleepwalk through the film.  Though it should be noted that this reviewer wasn’t sure if Bacall’s performance was informed by the fact she was angry for having been hoodwinked into this film or was just that fed up with acting.

The Fan is well worth your time if you’re a Michael Biehn fan or need to see everything that Lauren Bacall ever did.  If not a “fan” of either one will only be frustrated at far it does or doesn’t go depending on your tastes.

Unfortunately, the bad news keeps coming for fans of The Fan.  The transfer sourced from an older transfer does not have Scream Factory’s usual luster.  One is not sure if it was the film stock of the era (during that time film stock was cheap and not all that great) or the transfer they used but everything is a bit soft and almost too grainy.

They include the Following:

The commentary by David DeCoteau and David Del Valle is hosted by Jeff Nelson (VP of Marketing). Beginning with a discussion of their love of the film, and also how John Lennon’s Assassination led to Paramount picking up the film. The men do a great job of deep-diving into the film, the history behind the production/release, the thriller-horror hybrid, it’s cult status, and so much more. Definitely worth a listen.

Number One Fan – Interview with Michael Biehn is an all-new 25-minute interview. If anyone has watched or listened to Biehn recently will know how honest and unfiltered the actor is. He discusses how he was cast, his excitement over the role because of the lack of work. Meeting Lauren Bacall, working on the film, the changes including the change in director is discussed, Maureen Stapleton anecdotes that’s crazy, his less-than-great relationship with Bacall, and some truly candid comments about this part of his career.

Fan Service – Interview with Edward Bianchi is an all-new 38-minute interview with the director. The director’s interview has some overlap with Biehn’s interview with the Stapleton story (but not the extent as Biehn did). Bianchi discusses a huge accident that happened during production. Also some tidbits about composer Pino Donaggio, how Lennon’s assassination affected the box office and the film’s reception and a gallows humor comment from Joel Silver. It’s an interesting interview.

Fanning the Flames – Interview with Editor Alan Heim is an all-new 18-minute interview with the editor. Heim discusses how he moved from All The Jazz to The Fan and how that came about and his need to work. How he tried to get out of the project but could not once the film changed from a traditional thriller to a thriller-horror hybrid. A discussion of how Bacall’s attitude (which is confirmed by both Biehn and Bianchi. Heim is great about the technical discussion about editing, editing with coverage, and the less than great footage of the song and dance scene. Heim more than anyone approaches the subject of the film being a cult item for the gay community.

Rounding out the special features is a Theatrical Trailer, TV Spots and a Still Gallery. The 2-minute trailer is effective, the 3 30-second TV spots less so, and the still gallery runs automatically and can be paused but not navigated.

The Fan is a mixed bag that may not please either fans of psychological thrillers or fans of horror films.  Scream Factory’s special features do make this an instant-purchase for any fan of the film.