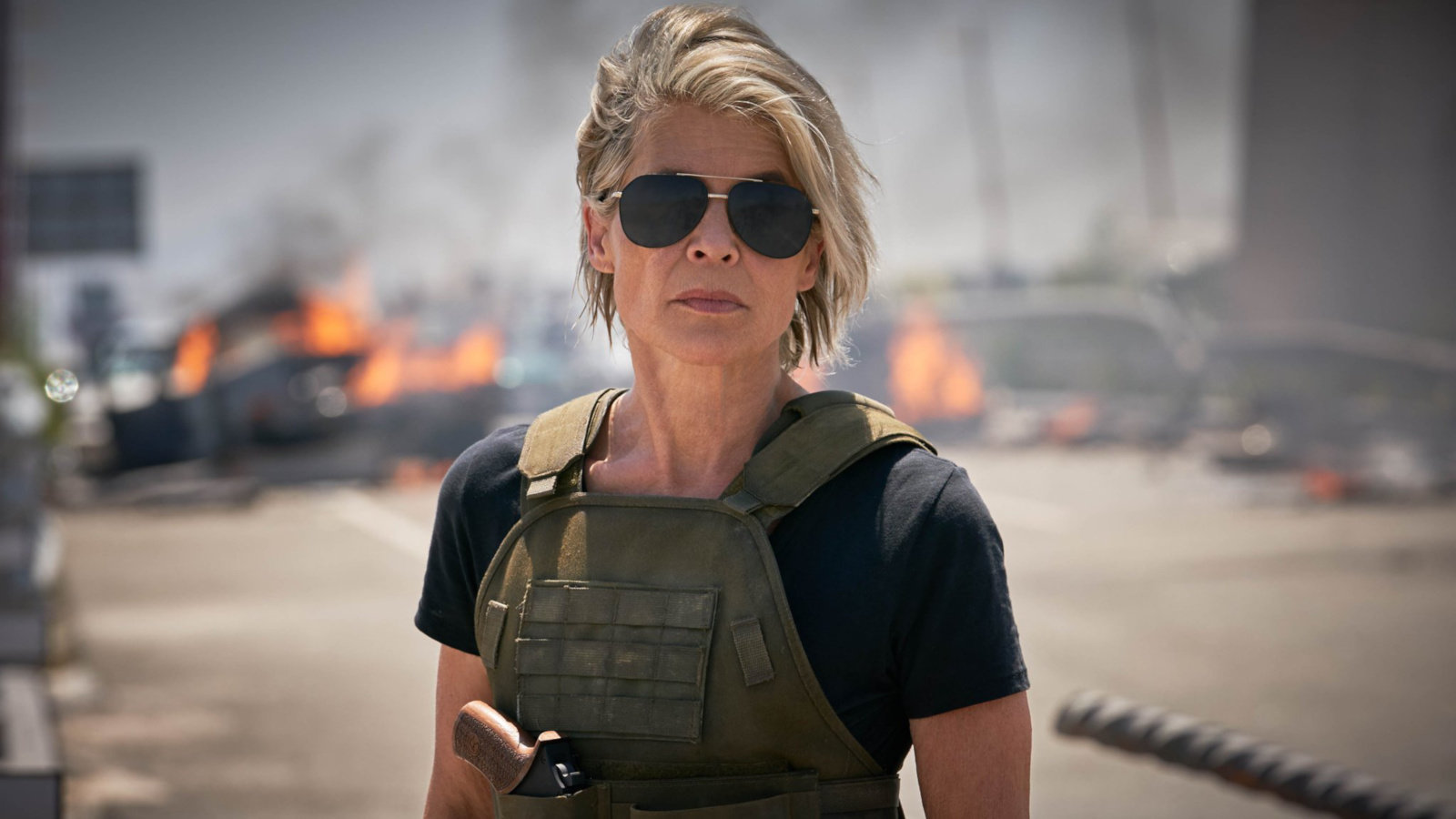 Prepare yourself. This is going to be a shocker.  A good Terminator film!  Who would have thunk that adding Linda Hamilton could be so potent of a kick start to a dead franchise?

In Hollywood, there is a pervasive thought “Always bet on James Cameron”.  The writer-director-producing Legend has always turned risky gambles into Box Office Gold (see Avatar and Titanic both predicted to be massive failures).  It was only a matter of time until Cameron went back to the property that made him; The Terminator.  After three terrible film entries, a solid TV series, the franchise has gone back to its roots and what made it great in the first place; Linda Hamilton.

This is no mere stunt but rather a return to what made the first two films so great.  The journey of Sarah Connor continued from the original two.  The film wastes neither time nor pleasantries in getting into the specifics of what occurred post-Terminator 2: Judgement Day.  As it is a James Cameron guided production, one will instantly know this; nothing good. One would think with SIX credited screenwriters are a recipe for disaster, but the script has the right amount of smarts to bob and weave in unexpected ways while keeping the “on the run” style of storytelling that made the first two features so compelling. They also give Hamilton enough space to create the same kind of physical performance she was so keenly good at in the first films.

Out of the limelight, with a few exceptions, for close to twenty-years the Hamilton comes out swinging hard and fast.  As Sarah Connor, she reclaims her throne as an action movie star and eventually an Icon.  Hamilton does not let any vanity in the way of this performance.  Sarah Connor isn’t just a badass; she’s been worn down from decades of war not just against machines but law enforcement.  Rather than some clunky dialog scene explaining this Hamilton just embodies that 50-mile of bad road. There is a physicality a way that Hamilton has of just being that is still amazing three decades on.  Even when playing against Schwarzenegger, the actress is magnetic on-screen.  The most beautiful moments you will see on-screen in a big-budget film this year will be the unfettered way that Hamilton owns the screen not by beauty but by her presence on screen.  It is as though she is Sarah Connor coming in from the cold to warn us and protect us.

The one complaint about the film is that the action set pieces are not as geographically clear and concise as known in Cameron’s filmography.  In fact, director Tim Miller’s excessive use of shaky cam in the first action set piece will have people worried this could go off the rails.  This seems to be employed to give the film kinetic energy but only manages to just fall flat.  This seems to be a single occurrence.  The filming and set pieces get better as the film races towards its end.  In fact the huge 30-minute finale is some of the best big-budget action of 2019.

None of this or any other pieces matter if bringing back Sarah Connor was a 5-minute cameo gimmick or did not work.  For those that have been pining for the true hero of this dusty franchise to make her return, this will be the biggest and best of presents one can be given.  2019 has been an expected turn for films as a whole, the fact that there is a good Terminator film proves this exponentially.

Believe the hype; Linda Hamilton and Sarah Connor are back.  By the end of Terminator – Dark Fate you’ll want more of both the Star and Character.