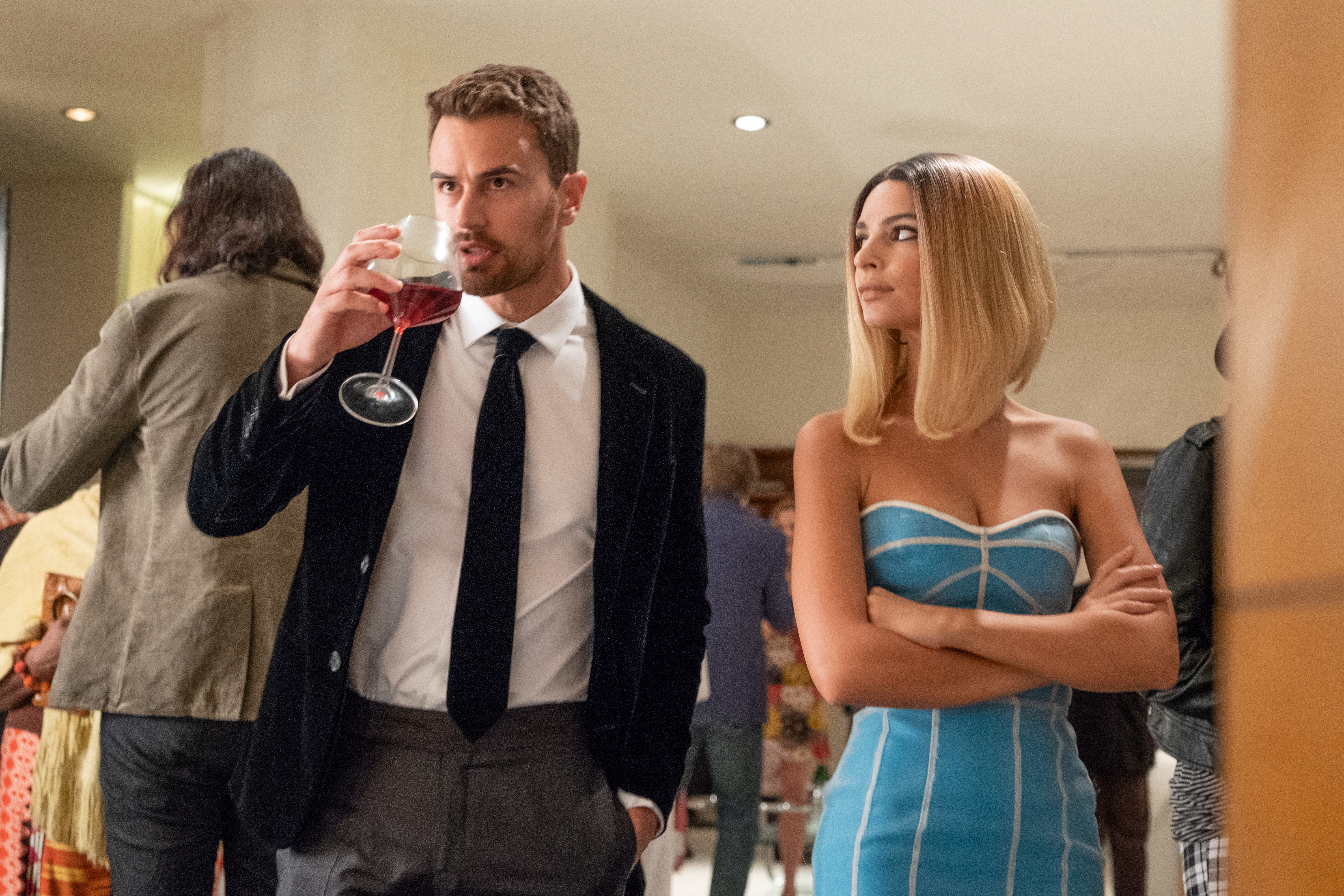 Does exactly what it says on the tin. Theo James and Emily Ratajkowski lie and steal their way through artsy parties in an alliance of necessity, with only a selection of poor wigs and borrowed cocktail dresses to support them.

Lying and Stealing opens with a couple of consecutive tracking shots at an elegant party which are clearly designed to invoke Alfred Hitchcock and put us in the mood for an intriguing heist, or a thriller of some sort.

The first sets the scene – sweeping in across a swimming pool into the centre of a glitzy party at night, with well-heeled guests swilling champagne in celebration of a book launch.

The second follows our protagonist Ivan (Theo James); we watch over his shoulder as he parks in the garage, walks upstairs through the kitchen, helps himself to a bottle of wine from the rack on his way, then presents the bottle as a gift to his hostess. He’s a smooth operator, with only a few hints to the sober eye giving away that he’s an imposter; the drunken guests each think he’s just with someone else.

Unfortunately, Elyse (Emily Ratajkowski) is more obvious as an intruder, wearing one of a sequence of poorly-cut wigs which draws immediate attention. Whether this is deliberate or down to a lack of funding, I’m not totally sure. In any case, the two form an alliance to right some wrongs – it’s not really a heist, nor a fraud, just two beautiful people being clever together against the bad guys.

Lying and Stealing, apart from being one of the worst film titles in a long while, is entertaining enough for a leisurely-paced tale of smartly-dressed subterfuge. It doesn’t have the quick wit or humour of more renowned heist movies, but Ratajkowski and James are watchable as they go about their conning business. It would be great to see both of them stretched a little more (and for Ratajkowski to keep her clothes on – she’s better when she does).

The movie may have a boring title, but the scene where a grown-ass man pees in the drawer of his colleague’s desk was one of the funniest things I’ve seen on screen for a long time. I bet a few people have longed to do that someday or other …

Lying and Stealing is available on digital download from 11th November 2019.