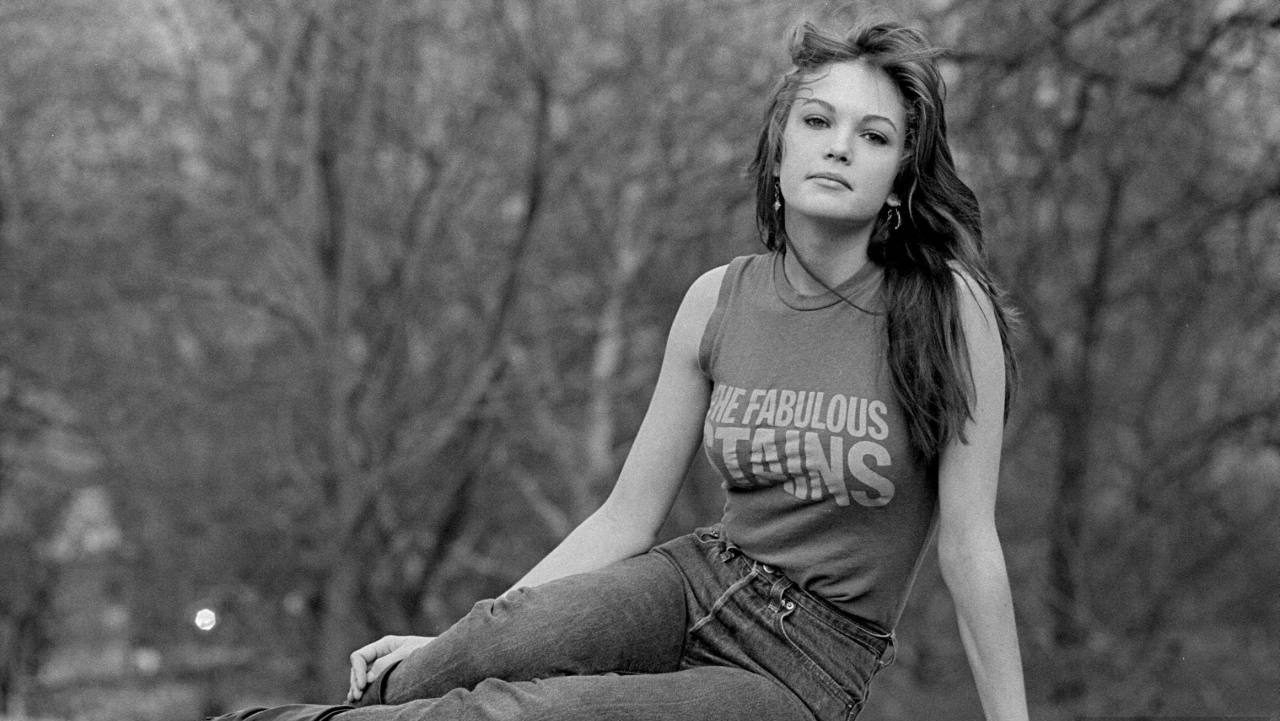 The Second Volume of Her Story continues with a look at Actor Diane Lane. Kristen looks at Lane in the almost forgotten but amazing Ladies and Gentlemen The Fabulous Stains and her most well-known starring role in Unfaithful as an entry point into the entirety of Lane’s career.

This year will mark 40 years since actress Diane Lane made her film debut in the romantic comedy A Little Romance. In that time she’s starred in nearly 70 television shows and movies, yet egregiously has only been nominated once for an Academy Award. Lane seems like the equivalent of a character actress, always solid and fun to watch, but with her movie-star beauty, it’s remarkably shocking that she hasn’t been put in the pantheon of stars like Julia Roberts. Why is that? Let’s look at two of her features to answer the immortal question: Why is Diane Lane not a bigger star?

There were several films from Lane’s career as a teenage star to draw from, including A Little Romance. Instead, it seemed appropriate to pick a movie that showed Lane’s range as a performer while simultaneously explaining why her career has taken the turns it has. In 1982 she starred in the quasi-musical Ladies and Gentlemen, The Fabulous Stains. Directed by music mogul Lou Adler, the film follows fictional band the Stains and its colorful frontwoman, Corinne (Lane).

Ladies and Gentlemen, the Fabulous Stains is a unique film, especially in regards to its release in the 1980s. It’s said that the first test screening went so poorly the movie was heavily delayed, with a tacked-on happy ending filmed years later. It was only through a cult following that the movie developed fans at all, most of whom discovered it via late-night television. But in looking at the 1980s presentation of teen girlhood, Ladies and Gentlemen, the Fabulous Stains is speaking to the culture at the time. Earlier in the decade Adrian Lyne helmed Foxes, starring Jodie Foster, and Ron Maxwell helmed the Tatum O’Neal summer camp feature, Little Darlings.

The Fabulous Stains is certainly inhabiting the same space, all three stories are focuses on wayward and disaffected teen girls who find their family and sense of belonging outside their home. The Fabulous Stains is probably far more closer in tone to Foxes with both movies examining how the streets of the big city are where young women are finding their individuality. Like Foxes, the Fabulous Stains also has a somewhat dour ending, though the aforementioned happy conclusion wherein Corinne and her friends find rockstar immortality undoes all that. But, really, what the Fabulous Stains has over its predecessors is an anarchic spirit enhanced by Lane’s dazzling performance.

It’d be easy to present Corinne as a wounded creature, but there’s a ferocity to Lane’s performance. An unseen interviewer asks Corinne during the opening scene about how she can smoke after her mother died of lung cancer, and Lane simply picks up two cigarettes and stuffs them in her mouth. She’s a character with an awareness that everything women do they’ll simultaneously be shamed for doing. It’s ironic that twenty years later Lane would be nominated for a performance where her character does engage in something she wants and is shamed for it, that being her role as the philandering wife Connie in 2002’s Unfaithful.

Looking at Corinne Burns is looking at Lane’s entire body of work. She’s made her bread and butter off playing women with an inner spirit and fire to them, as is the case with her role as Toni Mannix in the 2006 biopic Hollywoodland. Like Corinne, Toni is aware of how women are treated in Hollywood and has galvanized herself for what happens when men leave her, that doesn’t mean she’s happy when she’s dumped for a younger woman. Yet Toni Mannix in Hollywood is a character part that doesn’t necessarily require a big-name actress, but it certainly helps.

Ageism has also seemed to indirectly affect Lane’s career, as she’s remained a sexual figure in several features (Unfaithful, the utterly insane Serenity), but she’s too often mired in wifely roles. Her turn as Cleo Trumbo in the 2015 biopic of the acclaimed blacklisted writer, Dalton Trumbo, is both a character actress part but one that requires little more than a woman with some mild tenacity. The role is well beneath her and could effectively be played by anyone, yet that seems to be the standard of Lane’s career. It almost feels at times like her beauty works against her. As her character Corinne lays out in the Fabulous Stains, it’s not enough to just be pretty. Corinne dyes her hair a skunk-like color when she isn’t hiding it under a giant knit beret. There is an anger and hesitation to her character, particularly around men and it seems to be telling throughout the rest of her career.

It’s ironic that Lane would eventually turn to director Adrian Lyne, he of Foxes fame. Though unlike Corinne Burns, Lane’s Connie Sumner is an average housewife drawn into an illicit affair that has all the hallmarks of Lyne’s work as a director. Connie is certainly progressive in that the story is about her sexuality and desire, but the third act turn into murder and mayhem – indicative of most of Lyne’s oeuvre – ends up putting the onus on men again. Men, including her husband played by Richard Gere, are the ones propelling the action, not her. She becomes a prize, a pawn in this quasi-take on Hitchcock.

It’s frustrating because Diane Lane deserves to be anchoring A-list dramas, being feted with awards regularly. Or maybe, like Kathleen Turner and other female stars of the ‘80s, she’s just uninterested in that. The question is how much of her career trajectory is based on Hollywood’s belief that her beauty overshadows her talent? The question will never be answered definitively, so we’ll just have to be content with the amazing body of work Diane Lane continues to give us. She’s a queen and we need to bow down!