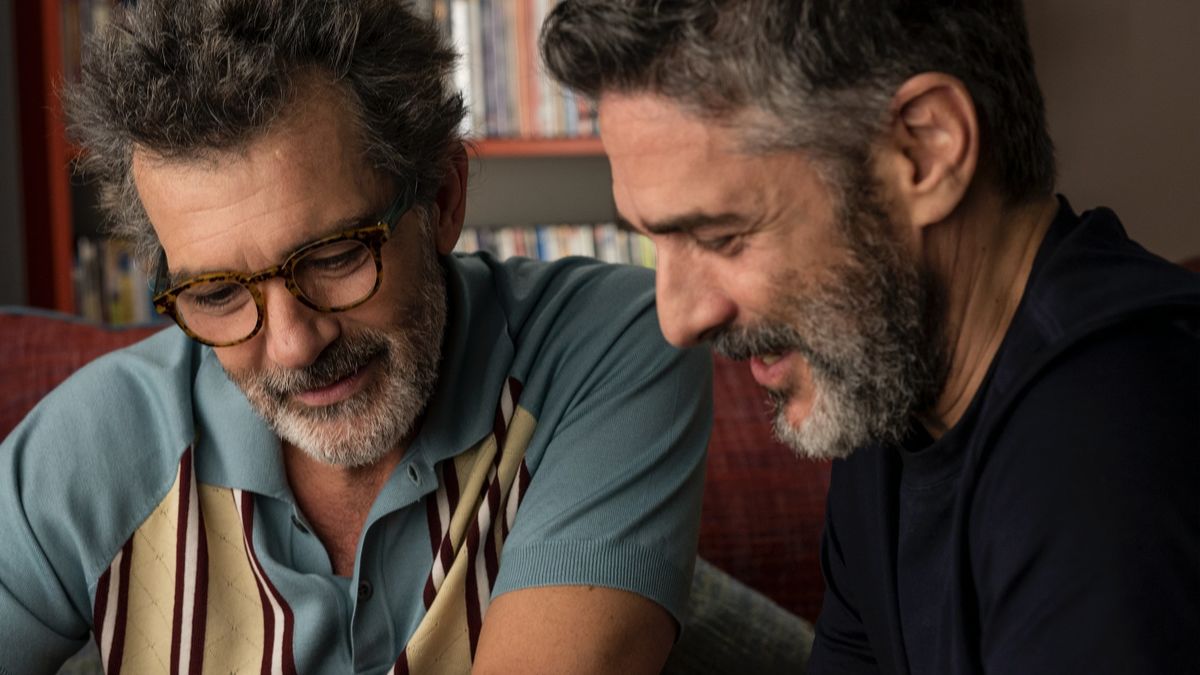 Pedro Almodóvar‘s latest offering is both familiar and different, says Marie, finding the Spanish director in a more introspective mood.

Pain and Glory is definitely ‘un film de Almodóvar’, even if it is a more gentle approach to events compared with the Spanish director’s previous work.

Reuniting with old friends and muses Antonio Banderas and Penélope Cruz, Almodóvar weaves flashback and present-day together in what at first appears to be drug-induced memory – or is it just the ageing director reminiscing on things past? Writer and film director Salvador Mallo (Banderas) declares himself unable to make films anymore, as the constant pain he feels means he no longer has the physical strength to meet the demands of movie directing. A retrospective of his work forces him back into contact with actor Alberto (Asier Etxeandia), with whom he had a massive fall out decades ago, and they attempt to rebuild some long-burned bridges in the name of art. In orbit around a demanding and dependent Salvador is personal assistant Mercedes (Nora Navas, looking remarkably – and deliberately, one suspects – like Carmen Maura in Women on the Verge of a Nervous Breakdown).

Clearly, that reference to the earlier Almodóvar film is not merely coincidental. Anyone who has seen early work from the director will recognise several parallels with his 1987 film Law of Desire, which features a difficult relationship between a director, played by Eusebio Poncela, and a young actor –  none other than Antonio Banderas. In Law of Desire, Carmen Maura plays the trans sister in the orbit of the director, and there’s even a lighthouse lurking in both films, making for me a definite connection between the two. Almodóvar is clearly doing some thinking through his life choices in the intervening years and reaches some heart-breaking moments of clarity in the process.

None more so than his relationship with his mother played in early flashbacks by Penélope Cruz, and later by Julieta Serrano. By putting some deeply personal conversations between mother and son on the screen, Almodóvar appears to be trying to right some personal wrongs in the only way he knows how.

And yet despite the themes of physical pain, of loss, of failure as a friend, lover, and son, Almodóvar maintains his customary light-touch; Pain and Glory is as funny as it is dramatic, making the introspection less weighty and yet more real at the same time.

If Pedro Almodóvar was using Pain and Glory as a way to apologise to Antonio Banderas for bad behaviour 30 years ago, he couldn’t have done better than create this role for him; Banderas is the best I’ve ever seen him. He carries himself with the gait of a man who is in constant physical pain and fear of death, showing us the frustration of ageing, the sorrow of loneliness, and the paralysis of writer’s block.

It may be a more introspective and less manic slice of Almodóvar’s oeuvre, but Pain and Glory will surely please aficionados and newcomers alike.