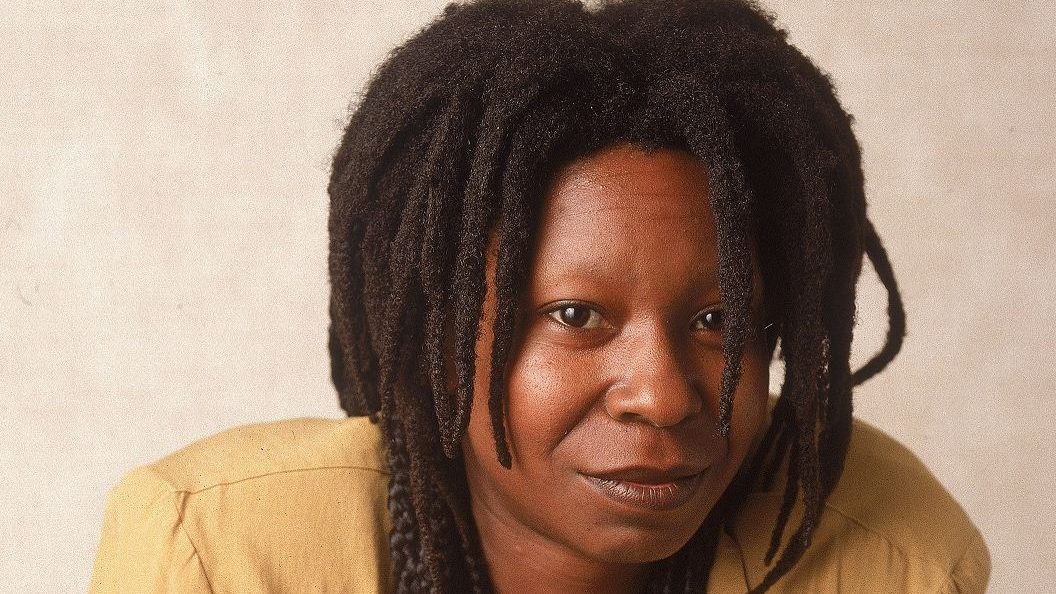 The Second Volume of Her Story continues with a look at Actor and Comedian Whoopi Goldberg. Kristen looks at the film that netted Goldberg her Oscar and the one that turned her into a Comedic Superstar.

To a generation of people, Whoopi Goldberg is little more than one of the talking heads on The View. Though New York native still acts, boasting nearly 180 credits to her name, the era of Whoopi has been in rearview for awhile. It’s hard to recall the time where Whoopi Goldberg was a bankable name, top-lining movies and becoming one of the highest paid actresses of the ‘90s. But that’s why Her-Story exists. This month we’ll be looking at the time when Goldberg was Queen and the trio of titles that cemented her status as one of the most respected women of color in Hollywood at the time.

Goldberg burst onto the scene in 1985, taking on the highly coveted leading role of Celie Johnson in Steven Spielberg’s adaptation of The Color Purple. The role nabbed her an Oscar nomination, but regardless of the acclaim, Goldberg would toil throughout the rest of the ‘80s. Goldberg wasn’t the first choice for the role that would eventually nab her the Oscar, put-upon charlatan turned actual psychic Oda Mae Brown in Jerry Zucker’s Ghost. The director and screenwriter had to be convinced of Goldberg’s credentials by its leading man, Patrick Swayze.

It’s interesting to question why Goldberg was denied an Oscar for playing Celie yet rewarded for playing Oda Mae. Ghost tells the story of Sam Wheat (Swayze), a banker murdered and trapped on Earth yet determined to make sure his girlfriend, Molly (Demi Moore) is safe. Goldberg doesn’t arrive till the forty-minute mark of a two-hour feature. Her Oda Mae Brown is a woman content to bilk people for all their worth. Despite her mother and grandmother possessing the “gift” of communing with the dead, Oda Mae has never received the call.

Goldberg’s performance is the only one of levity in the entirety of Ghost. She throws out fun one-liners but generally acts as the conduit between Sam and Molly, the living incarnation that can commune with both the living and the dead.

Goldberg’s win remains one of the more controversial wins and it’s easy to see why. As a character Oda Mae isn’t particularly insightful. Her history is ill-defined, particularly in comparison to Sam and Molly’s love that appears to transcend death. The audience knows she comes from a family of clairvoyants, but that it’s passed her over. She lives with her two sisters in a poor part of New York, but that’s it. She’s funny, flirting heavily with the “sassy black woman” trope common in the ‘90s, and she ultimately fades into the narrative background before it comes to a close.

The narrative for her winning makes sense if you follow the Academy Awards. In this case, it’s hard not to see Goldberg’s comedic performance triumphing as being a “make-up” for failing to give her the award when she truly deserved it for The Color Purple. And while we’re still debating #OscarsSoWhite it was heavily felt in the early ‘90s. When Goldberg won she was only the second Black woman to win a Best Supporting Actress and the first black woman to win in fifty years. By that point a Black woman had never won an Oscar in the Leading Actress category, a record that wouldn’t be broken for another eleven years after Goldberg’s win; Halle Berry would become the first Black woman to win for Lead Actress with 2001’s Monster’s Ball.

In comparison to Goldberg’s first major success, 1986’s Jumpin’ Jack Flash, Ghost seems tailor-made for a woman of color. JJF took a typical premise, that of an old-school spy thriller, and immediately flipped the genre on its head by casting a non-white woman. Yet in Ghost, Goldberg is mired in playing a character that seems written for a black woman to play: loud, brash, and living in poverty. But it won her the Oscar.

Goldberg followed this up with the 1992 Disney comedy, Sister Act, about a lounge singer forced into a makeshift witness protection program by hiding out as a nun. The film, directed by Dirty Dancing helmer, Emile Ardolino, is pure Disney but elevated by Goldberg’s frisky performance. The film never plays on the obvious racial makeup of the movie, wherein Goldberg is the only Black woman in the entire convent, but it doesn’t need to. The film positions the women as all outcasts, trying to infuse some life into a church that, like Oda Mae’s home in Ghost, isn’t affluent. Goldberg’s character, Deloris, is definitely loud and brash, but there’s never an air of sassiness. In fact, her lone conflict with Maggie Smith’s Reverend Mother ends up being solved through the progressive appreciation women have for each other. Most importantly, it’d be impossible to see another performer from the ‘90s in the role of Deloris, though white actresses like Rene Russo were considered.

Sister Act was a massive success, becoming one of the highest grossing films of 1992 in a filmic landscape that was heavily white and male. (The movies that grossed more than Sister Act that year included Lethal Weapon 3, Patriot Games, and Batman Returns.) For a Black woman, Goldberg was breaking barriers by her sheer presence. With Sister Act she was perceived as bankable. A serious leading lady. Even the poster simply put “WHOOPI” across the top, leaving Goldberg in the pantheon of one-named legends like Cher and Madonna.

So when Disney greenlit a sequel, Goldberg came prepared to fight for her value. For Sister Act 2: Back in the Habit, Goldberg netted a whopping $7 million paycheck, a shockingly high amount, particularly for a performer of color. Yet it was this high paycheck that left pundits demanding that the movie “justify” Goldberg’s high price tag. So when Sister Act 2: Back in Habit dropped in theaters, reviews turned savage. The film had transitioned away from being about a singer becoming nun and instead was a deriviative Our Miss Brooks story wherein Deloris must help the nuns’ failing music class get some self-confidence in the hopes of saving the school they attend. It’s main claim to fame was giving singer Lauryn Hill and actress Jennifer Love Hewitt their first roles, but that was it. By that point, the creators simply thought having Goldberg was enough; she didn’t actually need to do anything. It ultiamtely misses the point of what made Sister Act, and Goldberg, so relatable.

Goldberg has always worked steadily, in both television and films, though she’s never been as respected as she was during that time in the 1990s. Regardless, what she did for women of color in Hollywood can’t be quantified. She changed the game for the better.