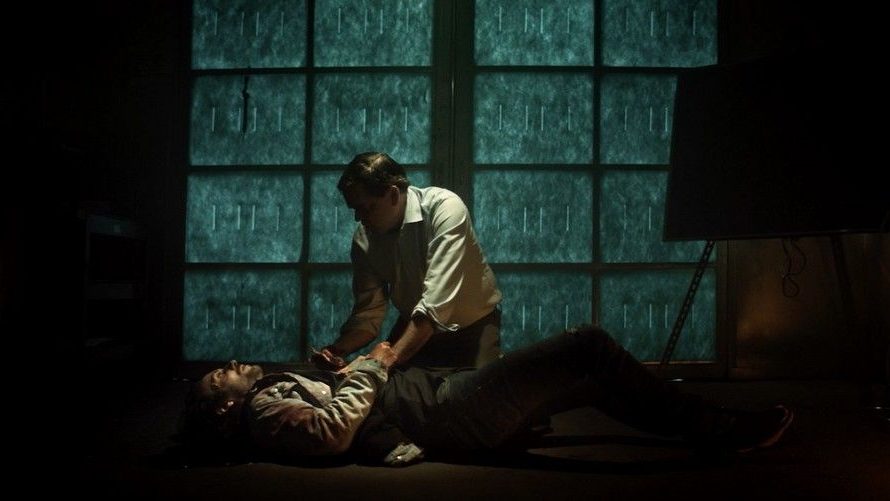 Crime Film With a Sci-Fi Twist Has Genuine Heart

I’m a sucker for films about time loops and time travel paradoxes. These films have practically become a sub-genre over the past 20 years. You know you’re a serious movie nerd when the phrase “quantum entanglement” doesn’t make you think of a physics class from college, but makes you think of recent genre films like Nacho Vigalondo’s Time Crimes (2007), James Ward Byrkit’s Coherence (2013) and The Spierig Brothers’ Predestination (2014). As recently as last month, the 2019 Fantasia International Film Festival featured The Incredible Shrinking Wknd, a new time loop character drama from Spain. As our daily lives and the technology that surrounds us become more and more sophisticated, these narratives seem more and more relevant. Honestly, they almost seem more and more possible.

Volition, the new film from writer-director Tony Dean Smith and his screenwriting brother, Ryan W. Smith, is a worthy addition to the time paradox sub-genre even if it doesn’t quite reach the lofty cinematic heights of Time Crimes or Coherence. It’s an enjoyable mind-bender with a solid cast that’s fully committed to the chaos unfolding on-screen. If you haven’t seen the other films I’ve referenced, then Volition may work even greater magic on you. Given my vast experience with these types of “puzzle” films, I knew what clues to look for along the way, and Volition offered fewer outright surprises for me as a result. Instead of being ambushed by the twists in the narrative, I found myself enjoying each piece of the puzzle as it snapped into place.

James (Adrian Glynn McMorran) has been clairvoyant since childhood. He gets “flashes” of events to come, although he never sees enough to alter his future. The visions act as signposts — yes, that’s a nod to the Twilight Zone — that let him know he’s on the right course. But, when his recent visions seem to culminate in his untimely demise, James wants nothing more than to alter his destiny. He’s always seen his life as predetermined, fated, and now he’s hoping that his theory is flawed.

The days leading up to his fatal shooting are filled with variables. Two local hoods (Frank Cassini, Aleks Paunovic) are looking to rip-off a local crime boss (John Cassini) and blame the robbery on James. It also happens to be the day that James meets Angela, the woman of his dreams or rather the woman of his visions (Magda Apanowicz). As these people enter his immediate orbit, James learns secrets from his past that may affect his future. So, the not-so-simple question is: Can James tamper with one or more of these variables and change his impending death? Or do all his options lead to a fatal conclusion?

In a recent interview, writer-director Tony Dean Smith referred to “choice points” — those moments in life that shape our character, our reputation. They are pivot points for our future, metaphorical fulcrums on which our lives hinge. Volition asks us what we would do if we could change those pivotal decisions after we’ve seen the results of our choices. And what’s the price of altering those crucial moments? Will we lose things that we cherish in the pursuit of an altered future?

The Smith brothers make the wise decision to ground their fantastical narrative in real emotion. We believe it’s love at first sight for James because he’s seen visions of this woman for years. Our protagonist doesn’t care as much about the stolen diamonds he’s in charge of transporting as he is finding some happiness in his life, and that’s something with which audiences can identify. Volition has actual emotional stakes. It’s not just a genre exercise. We want to see James live to love another day. Does he? You’ll have to see the film to find out. I’ll never tell — now or in the future.