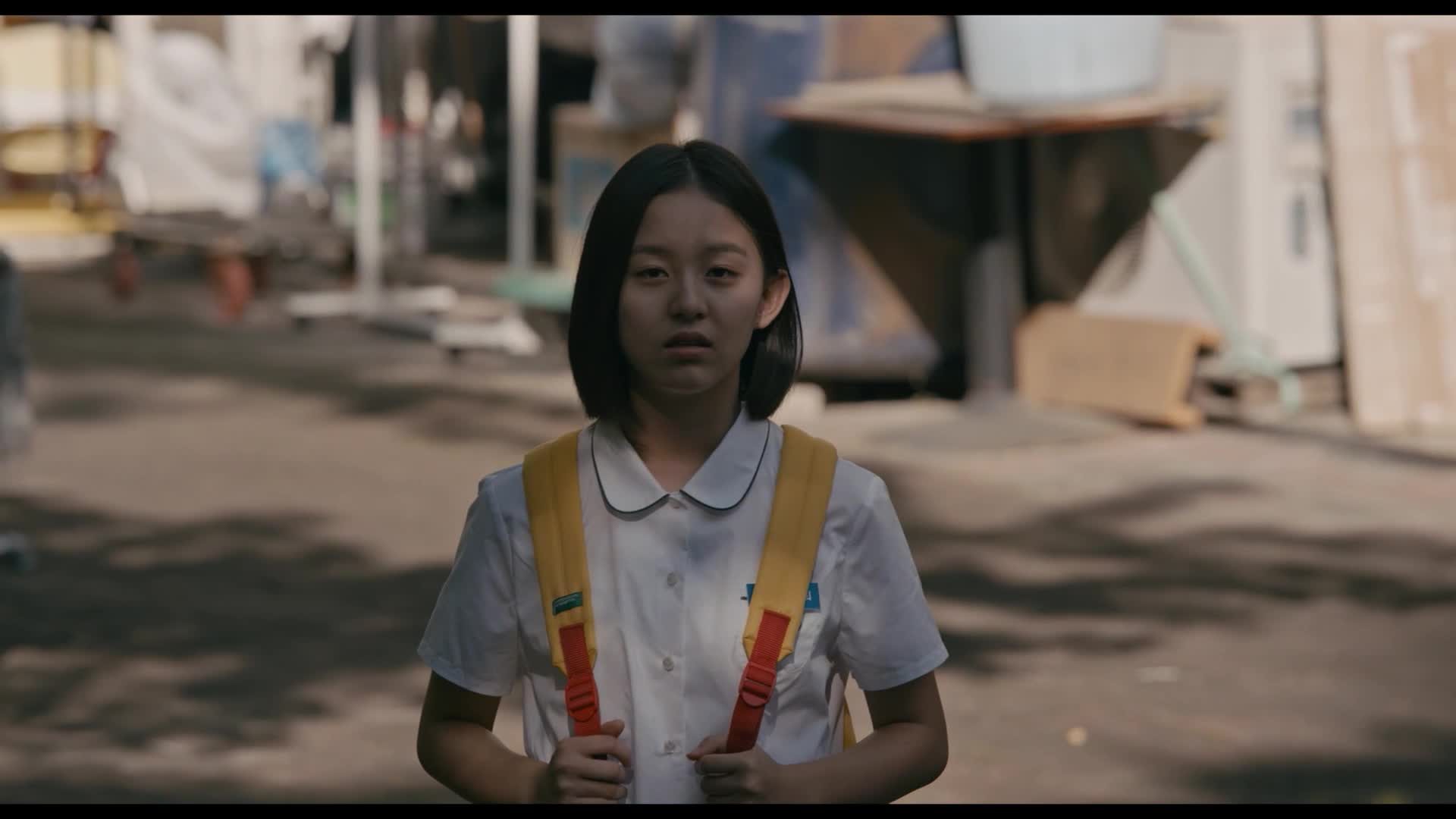 House of Hummingbird, the debut feature film from writer-director Kim Bora, proves the power of great casting. Her entire coming-of-age film rests on the narrow shoulders of young Ji-Hu Park who plays Eun-hee, a 14-year-old girl trying to find her identity in the paternalistic, class-conscious landscape of early-1990’s South Korea. Park may be small in stature, but her soulful eyes will pierce your heart time after time during this thoughtful drama. Give Kim Bora credit for placing her career in the hands of a child actor, but give Ji-Hu Park even more credit for delivering one of the best performances of 2019.

Eun-hee lives in an abusive household, but her mistreatment is so systemic and systematic that you may not notice at first. Her father screams at her. Her mother treats her with cold indifference. And her brother literally beats her. In one darkly funny moment, Eun-hee’s father chastises her brother for hitting his sister. Not because he struck her, but because he struck her in front of their father.

The degree of Eun-hee’s neglect is more often revealed through the quiet moments in the film. She attends important medical appointments by herself. Her mother can’t be bothered to sign a consent form for a minor surgical procedure. She lies alone in her hospital bed, convalescing with older patients who tend to her needs. When Eun-hee returns home from the hospital, her home appears to be empty. The audience waits for a surprise Welcome Home greeting that never comes. Eun-hee might as well be invisible if not for the fact it would make it more difficult for her brother to slap her.

Thankfully, Eun-hee has her boyfriend (of sorts), some female classmates and her “cram school” tutor who sporadically provide love and support. But, even those relationships are fraught with drama. Her boyfriend is the son of a doctor. Eun-hee’s parents own a grocery store. When Eun-hee crosses paths with her boyfriend’s mother, the woman asks, “Is this the girl from the rice cake shop?” With that single question, Eun-hee might as well be summarily dismissed from his life.

One female classmate takes a romantic interest in our young protagonist. We’ve seen Eun-hee’s interest in boys throughout the film and can’t help but think her consideration of a same-sex relationship is purely for the companionship. It’s not a sexual decision. It’s a consideration born of loneliness. She doesn’t know how to react when another person desires her company and sees her as having value.

House of Hummingbird is both human and humane. Its characters, issues and themes are dealt with matter-of-factly. They are not dressed up in melodrama. There are no villains per se. In fact the men in Eun-hee’s life (father, brother, boyfriend) are oblivious to the degree of pain they cause her. They know they belittle her with their treatment, but they don’t seem to grasp the degree to which their abuse resonates within Eun-hee. Their routine misogyny is simply a way of life.

House of Hummingbird has an interesting title given that hummingbirds are not found in South Korea or any part of Asia. If they exist in that part of the world, they live in captivity as the part of some enthusiast’s collection. Like a captive hummingbird Eun-hee is trapped inside the four walls of her home until she is befriended by her “cram school” tutor who opens Eun-hee’s mind to different ways of viewing the world. At one point in the film she writes to her tutor, “When will my life start to shine?” She knows she is destined for more than the mundane life she currently leads if only her soul can survive her day-to-day existence until she attains the freedom of going to college.

“It takes some time to learn to like yourself,” Eun-hee’s tutor tells her, and House of Hummingbird focuses on that journey. We see Eun-hee’s many struggles and some minor triumphs. Bruce Springsteen once sang, “It’s a sad man, my friend, who’s living in his own skin and can’t stand the company.” House of Hummingbird poignantly shows us how we’re always trying to find that sense of harmony with ourselves.

There’s a natural tendency to assume that very personal character dramas are autobiographical for a writer-director like Kim Bora. Perhaps the 1990’s time frame was designed to throw viewers off that mental track, to change the names to protect the not-so innocent people in her own life. Or maybe not. It’s ultimately irrelevant. House of Hummingbird is a powerful film regardless of its origin story. If this is autobiographical, then that young girl with the soulful eyes has grown up to make a helluva debut film.