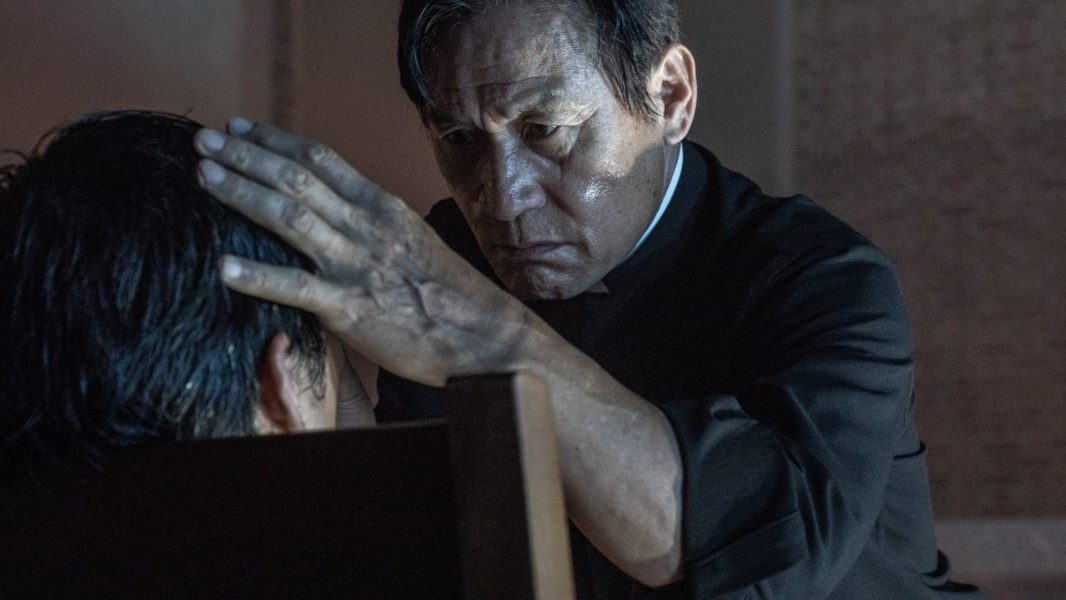 Horror Film Proves to Be a Pleasant Festival Surprise

The Divine Fury, the new film from South Korean writer-director Jason Kim, is marketed as a meeting of The Exorcist and the world of mixed martial arts. While that’s not entirely misleading, it is a bit reductive. This isn’t I Opened a Can of Whup Ass on the Devil (well, not until really late in the third act). But, that’s a good thing. Mindless action can certainly be fun, but with the recent exception of the John Wick films, it can also quickly wear out its welcome. Thankfully, there’s a surprising depth of character to this genre mash-up, and as a result, it’s a much better film than you’re likely expecting.

Seo-Joon Park plays Yong-hoo, a religiously devout young boy who dearly loves his police officer father. When his father is injured in the line of duty, the outcome of the incident shatters Yong-hoo’s faith. Years later Yong-hoo has attained international fame as a mixed martial arts fighter, but his heart is still filled by the loss of his father and his rage at God for failing him at such a crucial moment.

When Yong-hoo develops bleeding from his palms (stigmata), he seeks the counsel of Father Ahn (Sung-Ki Ahn). Their relationship draws back the curtain on a war between Good and Evil. Demonic possession and exorcisms are a daily battle in Father Ahn’s world. Having shirked his religious faith, Yong-hoo is skeptical, but when earthly explanations for his condition cannot be found, he slowly begins to consider that supernatural forces are at work in his life and in the world around him.

The Divine Fury manages to take cliches and spin genre gold out of them. How many times have we seen the young boy who loses his father and can’t seem to move past the loss? How many times have we seen that young boy grow up and make a connection with a surrogate father figure who needs his help? They are well-worn tropes, but Jason Kim’s screenplay breathes new life into them. The Divine Fury expertly pulls at your heartstrings. Genre films are often fun, but they rarely make the audience feel anything.

While Seo-Joon Park provides the young action stud part of the formula, the heart of the film is Sung-Ki Ahn as Father Ahn. The actor infuses Father Ahn with a depth of humanity rarely seen in genre films. Playing the strong silent type often results in a bland, boring performance with everything interesting being drained from the actor in the pursuit of “seriousness”. These roles tend to trade personality for a forced sense of gravitas. Ahn, however, plays the aging exorcist as a world-weary man of faith who has seen more evil than Yong-hoo could fathom yet he hasn’t lost his own heart for humanity. His world-weariness hasn’t turned to cynicism and jadedness. He’s like a kindly grandfather … who has the inner strength to face down the Devil himself.

The world of cinema is vast. If you picked a single country in the entire world and spent the rest of your spare time watching films solely from that country, you’d never see everything that country has to offer. When you watch films from all over the world, you leave unseen gems in your wake every day. The Divine Fury is one of those genre diamonds in the rough, and if not for the Fantasia International Film Festival, I likely would’ve missed it. I’m glad I didn’t.