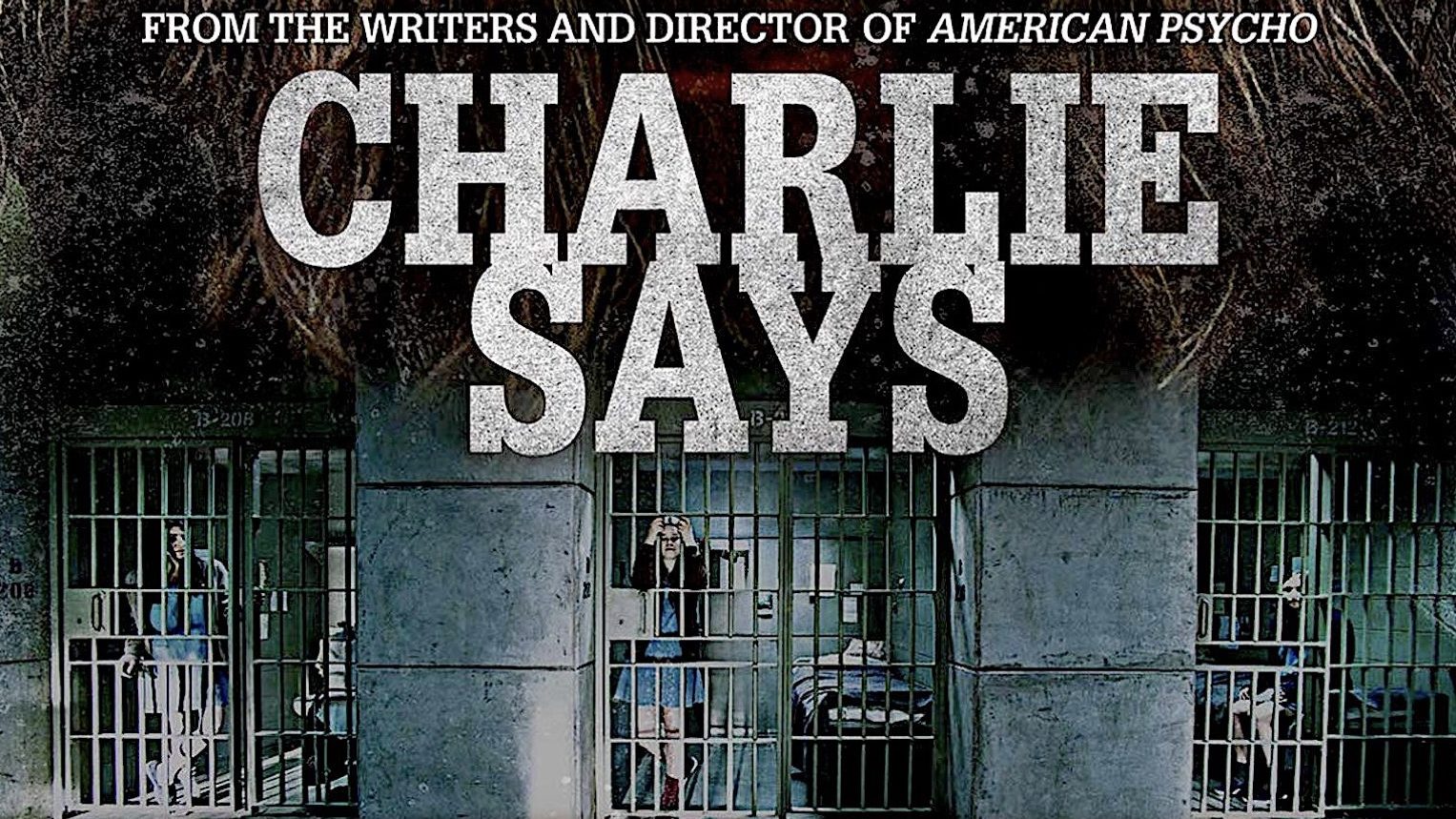 If you’re looking for a film about Manson Family, Charlie Says from Director Mary Harron is the film you want to see.  The film is new to Blu-Ray from Shout Factory.

One thing that Charlie Says is not is a Charles Manson Biopic.  Director Mary Harron and Screenwriter Guinevere Turner have turned their attention to the women that were the victimized and systematically abused by Manson as their entry point into the void that is Manson.

Framed between their time with Manson and their time in Prison the film focuses on Leslie Van Houten (Hannah Murray), Patricia Krenwinkel (Sosie Bacon), and Susan Atkins (Marianne Rendón).  In Prison Van Houten, Krenwinkel, and Atkins have been confined in the “Death Row” wing of the prison for fear of escape and what they will do in general population.  Karlene Faith (Merrit Wever), a graduate student, has been brought in to see if she can help these women make a healthy transition.  Over the course of Karlene’s months with these women, we are given a look into just how Manson (Matt Smith) was able to systematically tear them down emotionally, physically, and psychologically.  Using sex, intimidation, verbal, and physical abuse not only towards them but everyone Manson is a shadow that looms large over these women’s lives years removed from the man.

Harron and Turner have made a film that focuses on less on the monster that is Charles Manson and on the damage the violence left in his wake.  It’s refreshing to see the film that is devoid of even the slightest of hero-worship that other Manson films have done, unintentionally.  Harron is purposeful in her use of the notorious figure.  Rather than make him an all-powerful cult demi-god that many films have, she shoots him for what he was; a perverse sociopath of the highest order.  Harron and Turner’s Manson is a manipulative little weasel that at every turn is attempting to break someone for his own ego’s massaging.  Manson is always shown from above, weakened and shriveled, hunched over waiting to spring into action at the slightest bit of provocation.  The way they deal with Manson and pull the power away from his image but still retaining the danger is one of the directorial and screenwriting highlights of 2019.

The demystifying of the Manson image allows Harron and Turner’s film to really focus on the forgotten victims of the Manson family reign; the family.  By focusing on Van Houten, Krenwinkel, and Atkins we are given a portrait of Manson’s abuse took shape as.  Though they never allow these women off the hook for their parts in horrifying crimes, they do show compassion and understanding.  Charlie Says shows these women as victimized and preyed upon by someone who used their traumas as weapons against them.  The film deals in shades of grays rather than absolutes that can sometimes be the status quo in historical biopics.  We want our heroes in white and our villains in black.  Harron and Turner never allow us a simple binary point of view.

Charlie Says is a complex biopic on a topic that has been often-discussed but never realized on screen the way that Mary Harron and Guinevere Turner have shown us.  They have managed to not only de-mystify and de-romanticize one of the most awful figures of the 1960s and 1970s but given us a look at the women he abused within his Cult.  Powerful heady work by all involved.

The transfer looks appropriately beautiful and perfectly rendered considering the recent production of the film. Harron and Cinematographer Crille Forsberg use various color grading to accent location and time in the film, that can be tricky on a video transfer but here Shout Factory has done an amazing job of keeping this affectation in check.  The contrast levels which for a film that was shot with available light, which can be tricky to transfer, looks spot-on.

The Making-of Featurette runs about 6-minutes.  One wishes this featurette was a bit more robust because the details that the cast and crew dispense are interesting and shed light on the actual film.

The Trailer is also included.

Charlie Says is a great little-seen biopic that should be given more attention.  Recommended.