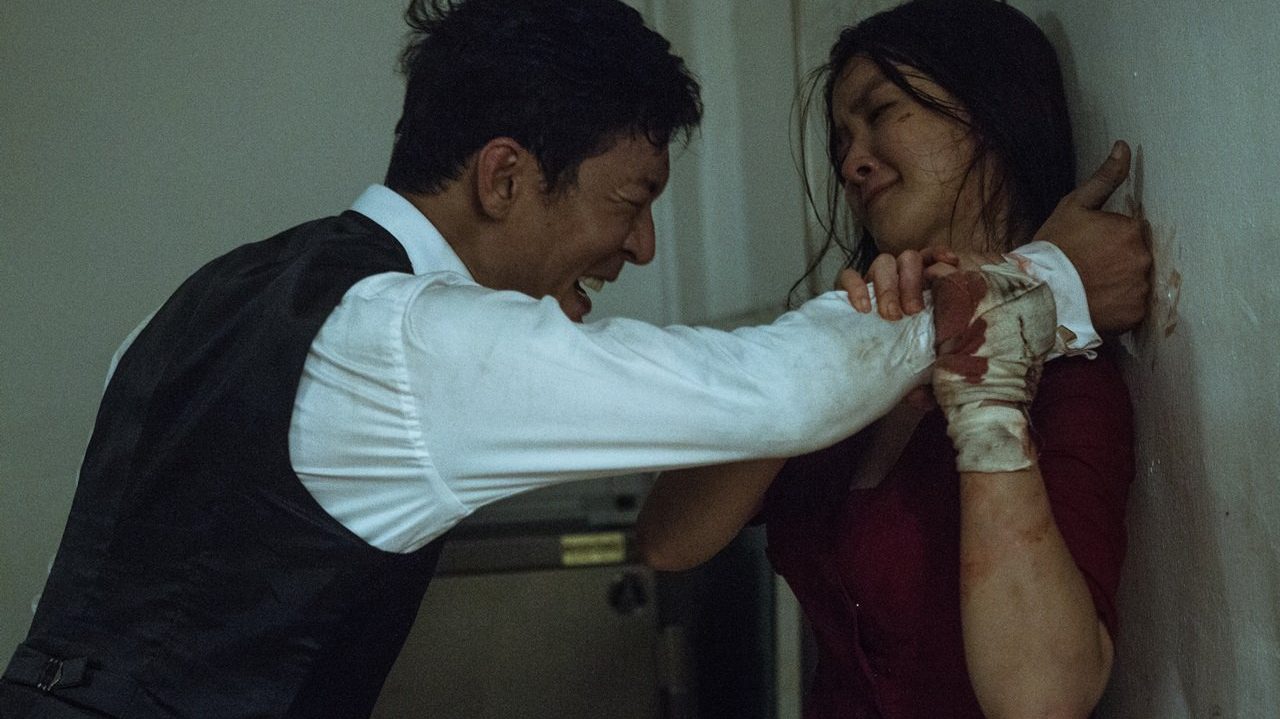 I can’t imagine a worse time to be a director of action films. The third installment of John Wick is fresh in everyone’s minds. It’s the best film of the trilogy, proving you can make a sequel that tops all its predecessors. Each week of the summer blockbuster season a new action extravaganza will be making its bow.

Even if you narrow the genre to women in peril/women wreaking revenge films, you’ve got Charlize Theron kicking serious butt in Atomic Blonde. Coralie Fargeat’s 2017 festival darling Revenge is a technicolor wonder that’s as saturated with blood as it is with film-making panache. And when it comes to female martial arts films, it’s hard to beat Cold Hell starring Violetta Schurawlow who is equal parts beautiful and dangerous.

In such a crowded field, the worst sin you can commit is to be commonplace. Unfortunately, No Mercy, the South Korean action film from director Lim Kyoung-tack that had its North American premiere at the 2019 Fantasia International Film Festival, is no diamond in the rough. It’s just rough. It’s a generic take on the tropes that we’ve seen in every street justice revenge film from the Death Wish series to Man on Fire: if you kidnap (or kill) my sister-mother-wife-child (or dog, Mr. Wick), I’m gonna track you down and get my pound of flesh.

In this iteration of the time-tested narrative, Si-young Lee plays In-ae, the elder sibling of a developmentally disabled sister who was sexually assaulted by a local VIP. In-ae intervened, armed with a knife, and served 18 months for her overly zealous defense of her sister. Almost as soon as In-ae emerges from the correctional facility, trouble begins anew, putting her cross-ways with a local ring of human traffickers.

Many an action classic has been stitched together with no more plot than I’ve just described. However, even when it comes to the action sequences, No Mercy feels a bit slap-dash. It plays like a series of judo holds, throws and slaps to the face with none of the bone-crunching impacts that audiences have come to expect from martial arts films. Leading lady Si-young Lee stands nearly six feet tall in her three-inch heels and seems uncomfortable with anything beyond the simplest of martial arts moves. She looks like a runway model who’s been asked to go toe-to-toe with a dozen stunt men and isn’t remotely up to the task.

To cover Ms. Lee’s lack of fighting chops, the film constantly cuts away to the characters’ reaction shots or random spurts of blood. The editor also employs slow motion, speed ramping and blurring the edges of the frame to manipulate the action footage, but to no avail. The story itself jumps around in time to the point that the flashbacks have flashbacks. No Mercy plays like a film where everyone was thinking “We’ll fix that in post-production”.

For those of you who enjoy inventive “kills” in martial arts films, No Mercy is surprisingly tame. In-ae breaks a few fingers and arms, but most of her foes are still breathing following their run-ins with her. During one of the big climactic fights, the evil-doers are armed with two-by-fours? Not swords. Not knives. They stand around whacking In-ae with boards. I’m not a big stickler for realism in action films, but the thought of a local crime boss arming his minions with sticks feels pretty silly.

The days are long gone when a new action film merits attention simply because it exists. Netflix, Hulu, Shudder and VOD platforms everywhere are filled to the bursting point with action films like No Mercy. New martial arts thrillers hit the virtual “shelves” by the dozen every Friday. In such a saturated entertainment marketplace, there’s no real reason to invest 95 minutes in No Mercy when there are so many other, better options for your viewing pleasure.