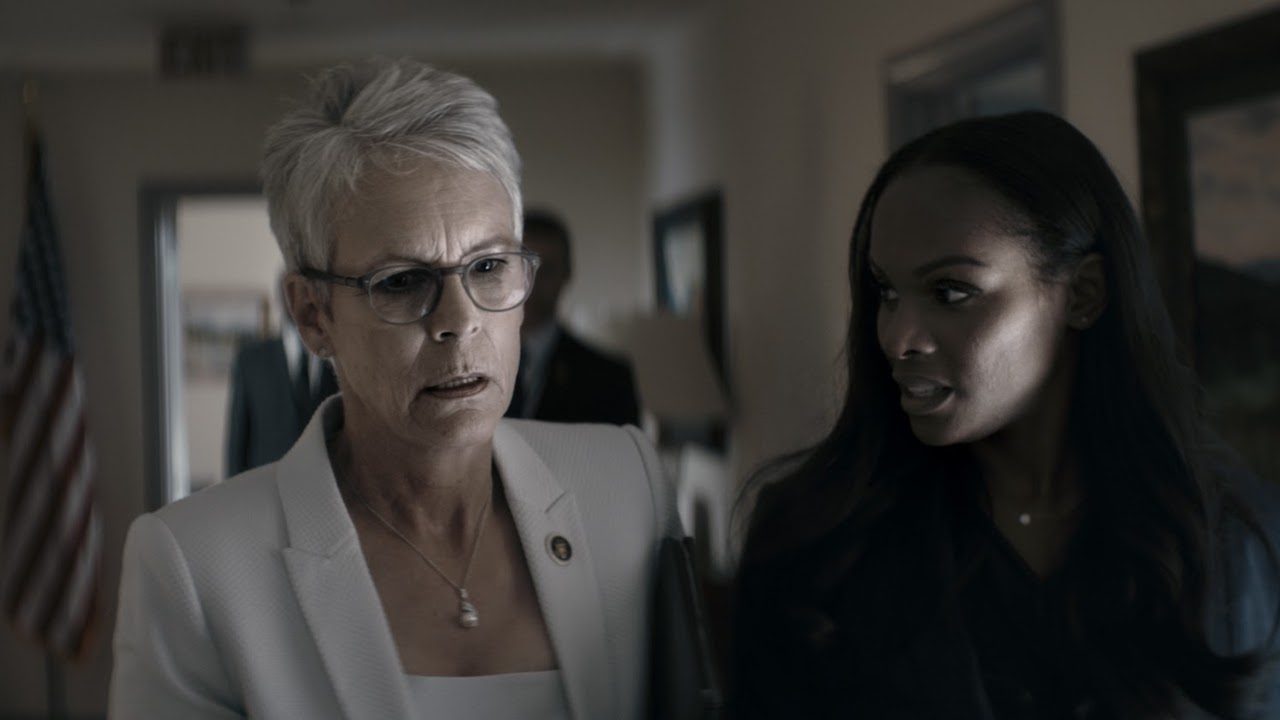 What could have been a thought-provoking story of national betrayal and personal regret becomes a pedestrian tale of political posturing.

An Acceptable Loss takes a highly contemporary and plausible premise and seeks to stir our political conscience into a more heightened awareness.

But to go into too much detail about what that premise is would necessarily involve spoilers, and to be honest working out what might have happened is the best bit about watching this film.  Regrettably, once The Big Idea becomes clear, any wind goes out of the sails and we’re left with a bit of a damp squib.

Which is unfortunate, because the premise is a decent one. A brilliant young woman (Libby Lamm, played by Tika Sumpter) begins a prestigious teaching job at a university but is haunted by highly political events with which she was involved 4 years previously during her time as aide to the Vice President of the United States (Jamie Lee Curtis). With the VP now moving up to the top job, Libby’s past involvement puts her in danger and she can trust no one.

The ‘present day’ of the film is the year 2023, meaning that the events of 4 years ago took place in 2019. Director Joe Chapelle intercuts past and present events to tell the story, with only slight variations in colour palettes indicating the different time frames. In fact, the whole movie is in neutral shades and muted light to the point where it looks dull. I actually wondered whether there was something wrong with the version I was watching, and tried to adjust my screen settings accordingly; it turns out that it what it is supposed to look like.

The dull images weren’t helped by an even duller treatment of the story and some at times ropey dialogue. “Do with me what you will” intones Libby when pressurised by the President into giving up her principled stance. I mean, when was the last time you heard anyone use that sentence unless reading from the Bible?

Despite the intercutting of the two timelines – which should have kept things edgy and swift – it all felt (and looked) somewhat pedestrian. Jamie Lee Curtis succeeds in creating her Presidential monster by chewing lots of scenery but without any real characterisation to work with.

But I’m hoping for something a little more interesting in the future for Tika Sumpter, who deserves better.