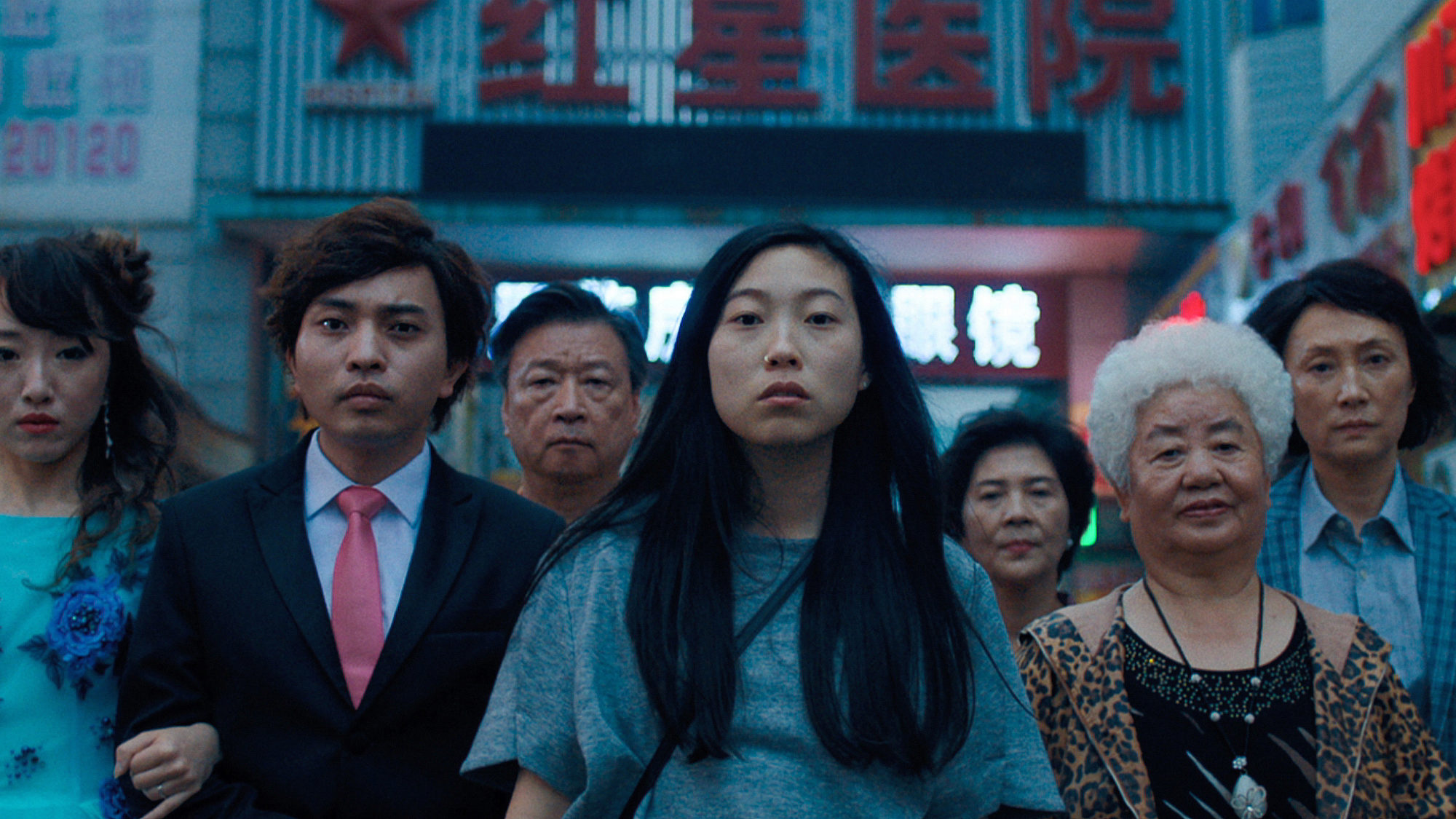 Give all the awards to Awkwafina! The actor gives a revelatory performance in one of the years best films, Lulu Wang’s The Farewell

One does not need any cultural ties to fall in love with Lulu Wang’s phenomenal The Farewell.  The family comedy-drama comes with an understanding of humanity and culture that anyone can relate to. Anchored by a revelatory performance by Awkwafina, The Farewell is one of the best of 2019.

Billi (Awkwafina) is an artist in search of a paid fellowship living in New York City but still within earshot of her parents Haiyan (Tzi Ma) and Jian (Diana Lin).  One night as she’s doing her laundry and having dinner Billi finds out her grandmother aka Nai Nai (Zhao Shuzen) is ill.  Worse than ill she has terminal cancer.  Her mother and father are planning a trip China but Billi is not invited.  They explain to Billi, who’s been in America since she was six, that they are going to say goodbye but they are not telling Nai Nai she is dying.  They are using the ruse of a wedding, that will allow everyone to come to see the Matriarch to say their goodbyes without telling her about her terminal cancer.  Billi determined to have her goodbye forcibly tags along for the week of the Wedding Celebration.

Any film that opens with “based on an actual lie” is going to be something altogether different.  Luckily, for unsuspecting audiences, they are given just that.  Wang has created a quietly moving and powerful film.  The Farewell is not about death or saying your goodbyes to a loved one.  At its core, the film dissects what it is to be family and the responsibility inherent within; even when we may not understand why we are doing what we are doing.  The film never deals in cliches or stereotypes.  Wang’s script is a marvel of the complexities of emotions and the reactions to devastating events that still manages to be truthful, humorous, and emotional.  Wang never tetters into the maudlin emotions of the piece.  Rather she cuts anything that would approach the sort of manipulative emotional style with a huge dollop of dry cutting wit.  The results are a naturalistic human comedy that recalls the light touch of Hal Ashby.

If there is one takeaway from The Farewell, it is that Awkwafina is an actress of uncommon power and prowess.  The skill at which she approaches the role of Billi will be shocking to even the most ardent of her fanbase.  The work as Billi is not just an emotional one but a physical one.  Watching her work is a master class in the understated and silent.  The moments by herself in her apartment in New York or in a taxi or in a Hotel room in China are their own narrative that never requires any explanation.  Wang trusting Awkwafina and giving her space within the film to fill out Billi’s emotional life beyond speechifying is one of many adroit decisions made by the director and actor.  One only hopes this is the first of many collaborations between the two.

Awkwafina is not the only actor given a great role.  In fact, Wang and her casting director Leslie Woo, have assembled a murderer’s row of actors for Awkwafina to play against.  Starting with the two-one combo of Tzi Ma and Diana Lin as Billi’s parents, there isn’t a single performance that isn’t near perfect.  Ma and Lin feel lived in as a couple and as parents.  The moments of exasperation but understanding of their young daughter is some of the most honest and telling comedy of recent memory.

The real find is Shuzen Zhou as Nai Nai in her feature film debut.  The burst of sunshine that is Zhou’s Nai Nai will bring an audience to tears that have, or especially those that have lost, a grandmother who loves you.  Zhou is a natural performer giving Awkwafina the type of emotional support as an acting partner that you rarely see on screen.  One of the many delights of the film is watching Billi and Nai Nai just exist on screen as granddaughter and grandmother.  Wang as a director in these moments understands what all the great directors do, pull the camera back and let your Stars fill your frame… and she does so with the grace and skill that even directors twice her age have trouble doing.

The Farewell is not just an expected, uncommonly heartfelt and passionately told comedy but its one of the Best Film of the Year and of recent memory.  Lulu Wang has created a film with the biggest special effect that no big-budget tentpole film can ever buy; emotion.

The Farewell will be released by A24 on July 12th in New York and Los Angeles opening wider in the weeks to come.