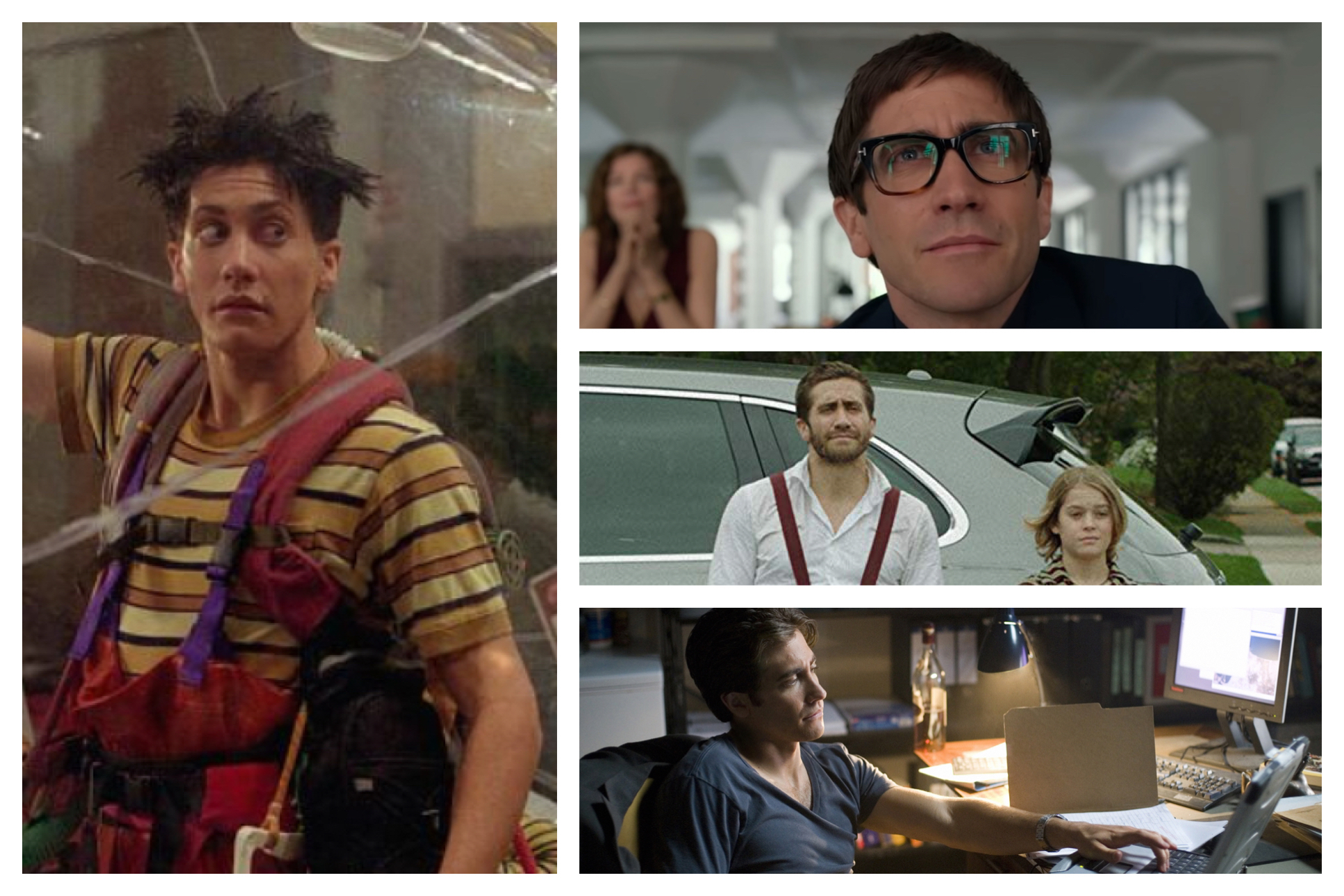 Marie’s first report from the filmography of Jake Gyllenhaal covers some forgettable and unfortunate forays into film, mostly (but not entirely) from the early part of his career.

Gyllenhaal’s parents were both involved in filmmaking and theatre, so it’s no surprise that both he and his sister became actors at a young age. This is not without its problems however; not everyone falls into Harry Potter or Stranger Things.

Let’s address something first, though. There are three films – City Slickers (1991), A Dangerous Woman (1993) and Josh and S.A.M. (also 1993) – in which Gyllenhaal was 10-12 years old, and played tiny roles as the son/brother, which are not worth considering from a performance point of view. Furthermore, I would go so far as to say that if you are thinking of seeking out A Dangerous Woman, then please don’t. It’s a very problematic film, even though Debra Winger gives a good performance. She plays a very vulnerable woman, surrounded by a whole bunch of adults who are at best negligent and at worst abusive towards her. The slight attempt made to show that she may in fact be in control of things, or at least consenting, doesn’t wash. And none of the wrong-doers seem to be punished for their misdemeanours. Please don’t give this any of your time.

Having got that out of the way, let’s make a start. Here are the ones I’ve watched so you don’t have to.

Two young men set off on a drug-fuelled road trip, picking up a young woman along the way. Easily one of the worst films I have seen in a very, very long time; I had to watch through my fingers for the last 45 minutes – it was that cringeworthy. The presence of Jared Leto certainly did not help, but this is bottom of the list for more than just that.

A waitress accidentally gets a nail stuck in her head, causing changes to her behaviour. Gyllenhaal is the naive senator who takes up her cause and I think you can guess what happens…

Financial issues dogged production, with both cast and crew walking away from the film at various points, and David O Russell using a pseudonym in the end to distance himself from it. It was supposed to be satirical, but was eventually marketed as a rom-com, and is absolutely shockingly terrible.

A young man born without an immune system living in a plastic bubble in his bedroom. Also includes a lovely girl-next-door, and a romantic rival. Starts out sweetly, takes a terrible, unpleasant turn in the middle portion poking ‘fun’ at racial stereotypes and people with disabilities, before finishing sweetly again. If they could have found a way to join the beginning and the end with something less offensive, this might have been a lot more fun.

A film about mothers, daughters and self-esteem, with Gyllenhaal playing a small role as the much younger thirst object of one of the women. It’s a movie which has potential, with some very complex and accurately portrayed characters, but in the end seems to go nowhere.

This should be a film about grief but it needs to be either more serious or more comical to be effective. Naomi Watts is a middle-aged Manic Pixie Dream Girl who conveniently disappears once her work is done. Gyllenhaal and Judah Lewis seem to have great fun with sledgehammers though, and as the script even (heavy-handedly) says … “everything’s a metaphor”.

Gwyneth Paltrow takes centre stage here, with Gyllenhaal as an excitable math bunny reduced to waving exercise books around a lot. Proof is way too melodramatic for my taste, but being released in the same year as Brokeback Mountain, at least there’s the opportunity for Gyllenhaal to show a range of acting skills.

There are lengthy scenes in this potentially politically charged movie in which Gyllenhaal just stands silently in a suit watching horrible things happen to other people. It’s such a nothing of a movie that I watched it in the evening and when I woke up the next morning I couldn’t remember anything about it. It’s not bad, it’s just nothing.

A film where the performances are all exactly perfect, yet find themselves in a story that doesn’t match up. Gyllenhaal is the best of the pack as the narcissistic art critic, but it simply didn’t work for me as satire, or horror, or any combination of both.

Drop by soon for the next part of The Jake Effect, where Marie looks at some movies which are really just a matter of taste – and hers might just be different from yours!