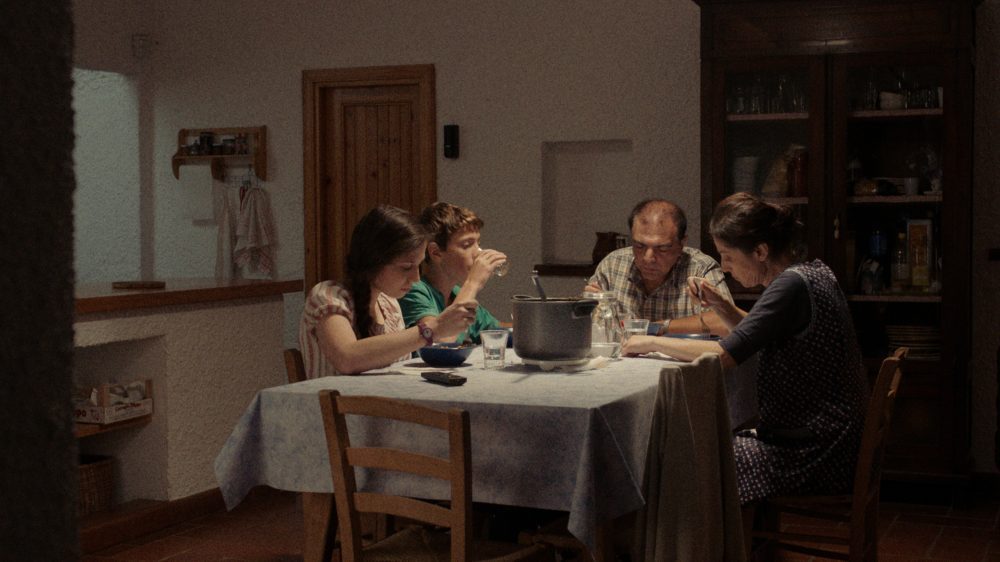 We live in a spoiler obsessed culture. At times I find myself wondering if mentioning that there’s a big plot twist is a spoiler in and of itself. Can you spoil a spoiler? These are the existential questions pondered by film critics everywhere. So, you can imagine my surprise when the opening title cards for The Last to See Them reveal that the four characters we are about to meet will be brutally murdered by the end of the day.

What the hell? Why would you tell me that straight out of the gate? It sucks all of the suspense out of the film. I know the ending literally from the very beginning. And then, as the narrative unfolds, you realize that The Last to See Them isn’t a horror film. It’s not a traditional thriller. It’s a quiet character drama that unfolds in front of an audience that has a crucial piece of information the characters will never know. Well, not until it’s too late.

But, that central conceit, that one piece of information we’re given up front, defines the experience of watching The Last to See Them. When we meet the family’s daughter, Dora, she’s making adjustments to a bridesmaid’s dress … for a wedding she’ll never attend. Her mother is ill and contemplating a surgical procedure … that she’ll never have or even need. Her father (in an irony that can only be taken from the true story this film is based upon) is purchasing a new life insurance policy … that will be needed in less than a day’s time. These thoughts drift through the viewer’s mind as the narrative moves toward its inevitable conclusion.

The screenplay by writer/director Sara Summa focuses on the mundane, everyday details of her character’s lives. Some viewers will find the film tedious, too slow for their tastes. For me, “slow” is a tempo. It’s not a synonym for boring. I was captivated by the cinema verite feel to the film, the way the camera documents the small details of life that we tend to dismiss as insignificant. Others will disagree and find the lack of overt action in The Last to See Them to be a fatal flaw.

Films often suffer in front of audiences because the PR machine and advertising taglines behind the film are misleading. The IMDB description of The Last to See Them says: “Amidst the sun-bleached fields of southern Italy, a farming family’s isolated existence becomes besieged by a sinister destiny.” The words besieged and sinister lead viewers to think of slasher films or home invasion thrillers with gory “kills”. This is not that type of film. But, in my book, that’s not a bad thing.

As the audience, we cringe when a character says “I’ll sleep when I’m dead” and laughs at the expression. We grieve as we hear about pregnancies that will produce babies they will never meet. The son and daughter speak of dating and kissing teens from their class. These are loves they will never experience.

The Last to See Them revolves around a universal truth: none of us knows when the last days of our lives will be. Death is not likely to arrive with some kind of fanfare. It will be a day like any other … until it’s not. And that’s what the film depicts: characters living the final day of their lives, oblivious that the end is near. As the end of the film approaches, we realize that are we are witnesses. The audience is literally The Last to See Them.

2 comments on “The Last to See Them: Cinepocalypse Film Festival Review”