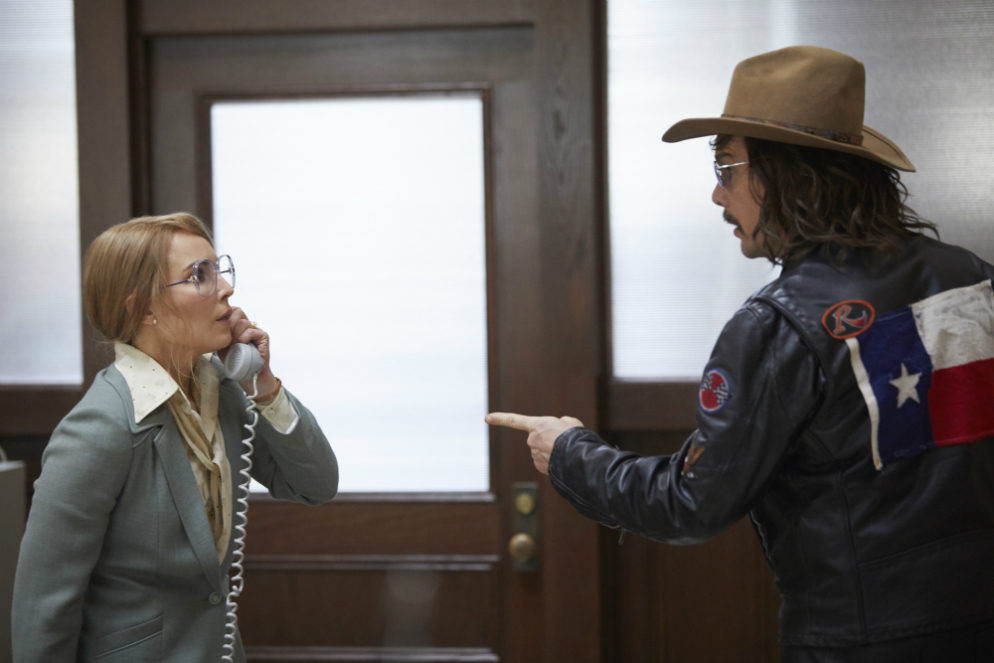 The Captor aka Stockholm: a curiosity of a film which suggests one thing, presents another, and ultimately disappoints – despite a strong cast.

This film appears to be marketed in some countries as The Captor, in others as Stockholm, and herein lies its major issue – which is that it can’t decide what it is actually about.

In theory, the subject matter has the makings of a really interesting story – the origins of the naming of the condition known as Stockholm Syndrome. When an armed man took hostages in one of Sweden’s largest banks in 1973, his captives eventually spoke up for him and refused to develop a hostile attitude towards him. It’s looked on as one of a range of survival strategies which hostages either consciously or subconsciously employ to preserve their safety in potentially dangerous situations.

This is what drew me to the film in the first place, together with a strong cast featuring Ethan Hawke, Noomi Rapace and Mark Strong. But by putting neither the eponymous captor at the centre, nor the psychological condition of the alternate title, the result falls between two stools.

Squandering the opportunity to look at the key relationships, the film instead announces itself with the statement “Based on an absurd but true story” and proceeds to lean into the ‘absurd’ rather than the ‘true’. Hawke’s bank robber Kai Hansson, aka Lars Nystrom, is a leather-clad, cowboy boot-wearing gunman, with the writers having invented an American childhood for the real character, presumably to avoid him having to speak with a Swedish accent throughout.  Mark Strong appears to be wearing remnants from his wardrobe from Our Friends in the North, and Noomi Rapace is almost completely obscured by a large pair of spectacles, which are more animated than she is.

Hawke doesn’t really get the chance to show any of the charm that might have persuaded Rapace’s Bianca Lind to side with him, leaving the movie more of a curious (and yes, absurd) heist story than anything else. Try as it will, Dog Day Afternoon this is not.

It’s a mystery to me why The Captor has taken a really remarkable historical event and decided that the story is best told as a crime caper. Perhaps, though, if you’re not expecting a psychological thriller, it will be entertaining enough.

The Captor releases in cinemas and on digital download on Friday 21st June, and will screen at this year’s Edinburgh International Film Festival on Thursday 20th June.