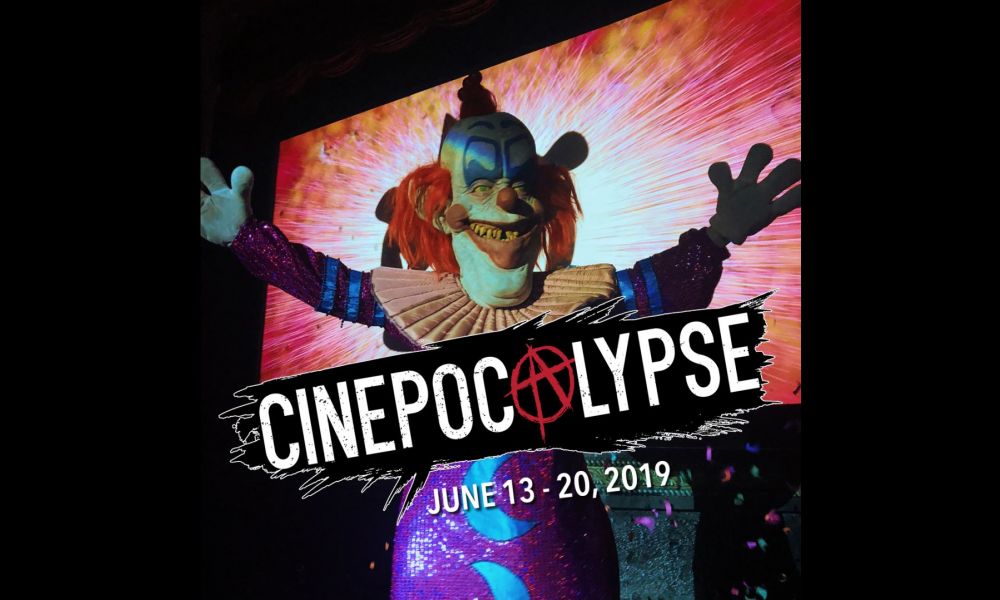 Next Stop: Chicago and Cinepocalypse 2019

There was a time that genre films were relegated to late-night time slots at “respectable” film festivals. “Midnight movies” quickly became a code word for horror, sci-fi and exploitation cinema. Thankfully those days are in our rear view, and film festivals devoted solely to genre content have popped up all over the country. April offers the Chattanooga Film Festival in Tennessee. May brings us The Overlook Film Festival in New Orleans. And June means it’s time for Cinepocalypse in Chicago.

Cinepocalypse 2019 runs from Thursday, June 13th to Thursday, June 20th. The festival is held at the beautiful Music Box Theater in Chicago. I love single-venue festivals because it allows festival goers to see the entire slate of films if they so choose. No driving back and forth between venues, getting stuck in traffic and missing a film or two as a result. Grab a seat at the Music Box and ride out the whole festival in air-conditioned comfort.

This festival offers numerous world premiere screenings along with a batch of North American premieres. One additional advantage to the venue for Cineapocalypse is the Music Box Theater’s ability to screen movies on film. This year the 1990 releases Flatliners and Total Recall will be shown in beautiful 70 mm. And the content isn’t limited to films and filmmaker Q&A’s. Joe Bob Briggs is offering his presentation on How Rednecks Saved Hollywood. Joe Bob is a living encyclopedia of genre film knowledge, and his “lectures” are a riot. Don’t miss this one.

An all access pass for the entire week is only $ 175.00 which makes Cineapocalypse one of the best deals on the genre festival circuit. For more information on the line-up, the screening schedule and ticket details, click here.