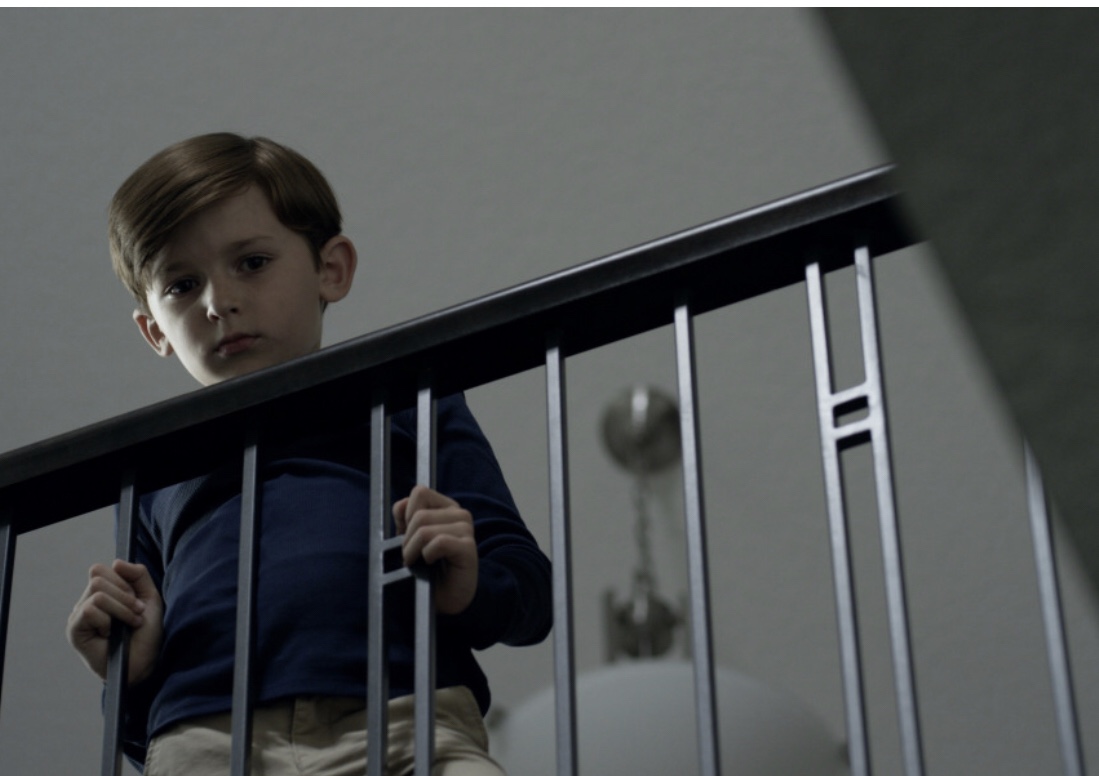 A New Twist on the Troubled Boy With an Imaginary Friend

Creepy kid movies have long been a sub-genre in horror. Over the years we’ve watched possessed children (The Omen, The Exorcist), packs of murderous kids taking over towns (Children of the Corn, Village of the Damned), children with psychic powers (The Shining, Carrie, The Sixth Sense) and children embroiled in situations that may or may not be supernatural (Insidious, The Babdook). So, if you want to dip your creative toe in these crowded cinematic waters, you need to bring something new to the table. And I’m pleased to report that Z, the new feature film from writer/director Brandon Christensen (Still/Born), does just that.

In the opening scenes of the film, we’re introduced to Joshua Parsons (Jett Klyne) and his parents, Elizabeth and Kevin (Keegan Conner Tracy and Sean Rogerson). Josh is awkward at school with few friends and spends his spare time entertaining himself. His solitude comes to an end when he announces to his parents that he has a new friend named Z. His parents can’t see Z, but Josh introduces them as if Z were standing in their midst. Elizabeth and Kevin humor their son and his new imaginary friend by setting an extra place at the dinner table and talking with Z when Josh is interacting with him.

Shortly after Z’s arrival in the Parsons’ home, Josh begins to develop disciplinary problems at school. He brings home a literal stack of “red cards” citing him for vulgar language and acts of aggression toward his fellow classmates. Josh is soon blackballed from the neighbor play date roster. Kevin chalks it up to “a phase”, something he’ll soon outgrow. Elizabeth is more concerned and wants to consult professional psychological help. And that’s as far as I’ll take my summary to avoid spoiling the twists and turns that follow.

As the action progresses, Brandon Christensen’s screenplay avoids the obvious. He cleverly plays on your knowledge of the “creepy kid” genre and uses your expectations against you. There are several genuine surprises in the second and third acts of the film. Christensen’s screenplay also develops a nice pace as it doles out critical information one nugget at a time. Several very clever reveals send the story down new narrative paths. His concept takes the “imaginary friend” premise into new, interesting territory.

Many will compare Z to The Babadook. The films have one central thematic commonality: Is my child mentally ill or is there something supernatural at work here? It’s a frequent conceit in psychological horror. Is this really happening? Or am I going crazy? After that issue is raised, the films head in completely different directions. Z stands on its own creative feet.

Christensen the director creates a creepy atmosphere, and the film gradually develops a sense of dread. There are several really well-executed jump scares. Not the kind where a cat comes leaping out of nowhere or the sound mixer simply gooses the score during a quiet moment. These scares are earned, executed with skillful staging, camera movement and editing.

And last, but certainly not least (as the cliche goes), kudos to the central cast of actors. Z never gets off the ground if Jett Klyne, Keegan Connor Tracy and Sean Rogerson are unable to get us to buy into their characters on an emotional level. Tracy is the linchpin as the mother who knows something is amiss with her son, but can’t seem to convince anyone else of the seriousness of his condition. As her son’s mental stability devolves, we see Elizabeth slowly develop the strength and resolve to confront the situation. Z is very much a study of a woman who refuses to become a victim.

Z is a small film that transcends the limits of its budget. It’s proof that good, old-fashioned story-telling is always more effective than millions of dollars worth of CG explosions. Most online sources show Z with a release date toward the end of 2019. Keep an eye out for it. Whether it gets a theatrical release or goes straight to VOD, support this film with your dollars. If you don’t, small creative gems like Z will disappear as fast as your imaginary friend from childhood.

Z will be released sometime in 2019