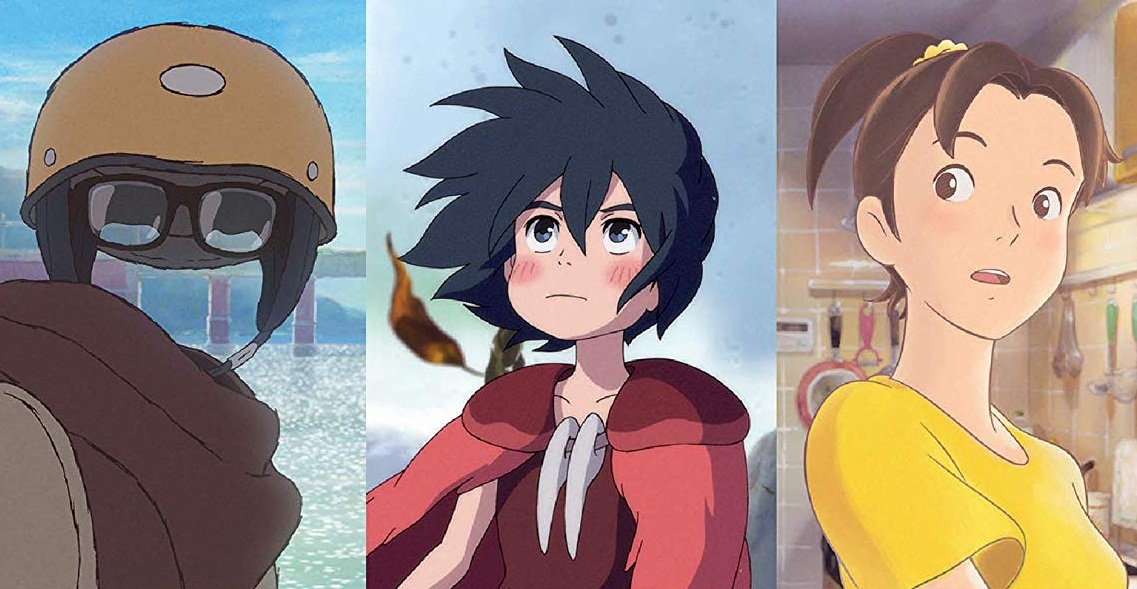 The fairly new Anime House, Studio Ponoc took their unexpected success with Mary and the Witch’s Flower and turned it around with something unexpected; an anthology series of anime shorts.  Hence Modest Heroes was born.

Taking place in a smaller microcosm world ala The Secret World of Arrietty (which makes perfect sense as it is directed by the same director as Arrietty is) a father must watch over his young sons as his wife is away.  Told with no real dialog the film is a beautiful representation of both the model adventure film and the love that binds a family.

Is a simple story of the stress that one and loves one go through when an illness, or in this case a food allergy, can test parents and children.

A white-collar worker is invisible and light as a feather, causing him to weigh himself down.  This film is a day in the life of this man and how he turns his particular disability into a super ability.

Though these films all run less than 20-minutes each packs an emotional punch worthy of a feature-length film.  By chooses to be emotionally interconnected rather than narratively, directors Hiromasa Yonebayashi, Yoshiyuki Momose, Akihiko Yamashita are able to tell different styles of stories within different genres but still connect thematically.  The title Modest Heroes informs on all three films as these are not grand moments of people saving the world.  Rather these films focus on those small moments we all have; not feeling like ourselves, feeling helpless, feeling as though we are not a part of the world.  The films simply illustrate through love one finds the strength to push beyond the obstacles in front of us.

As one would expect the transfer is top notch modern Anime Transfer (as most derive from a digital print/workflow).  It’s razor sharp and beautiful.

The Modest Heroes of Studios Ponoc is a 21-minute making of that discusses the origins of the short film series. Producer of Modest Heroes Yoshiaki Nishimura discusses various topics and how the project came together from the ashes to studio Ghibli in 2014 moving to Mary and the Witch’s Flower and experimenting with story. Experimenting with styles and cultivating new talent. The passing Isao Takahata and how that informed the production. The themes of the stories. How these stories were really developed out of personal passions and life in the various director’s life. Each film is discussed and how they were developed.  A great companion piece to the film itself.

Film Competition Press Conference is a 10-minute exited down version of the press conference/premiere of the film on 08/18/2018. Starting each with a keyword they used to create the film stemming out from there the directors and voice actors (and a surprise visit from the singer/songwriter of the film) from the three shorts discuss the film in the briefest of blips.

Interviews with Japanese Voice Cast is an 8-minute featurette divided up between the three shorts. Each group is prompted questions about the film and their parts. It’s a very EPK style featurette.

Art gallery can be run automatically (runtime is about 5-minutes) or by clicking the button on your remote. Its 56 stills ranging from background art to character designs to concept art from the three films.

Modest Heroes is a small time success well-wothy of any Anime-Fan’s time.  Recommended!!!

GKIDS’ Blu-Ray Edition of Modest Heroes is out June 18th