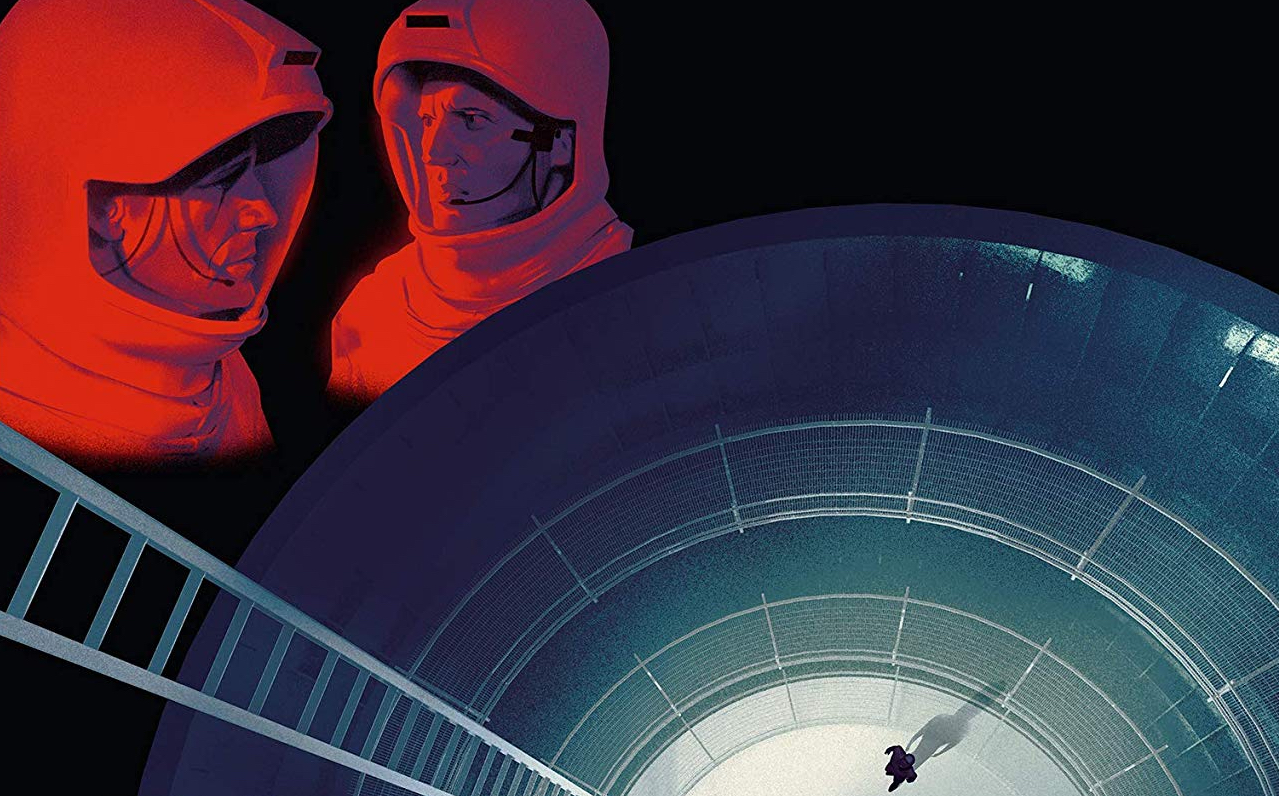 Adam enters into a HOT ZONE and it infects his very soul with Robert Wise’s The Andromeda Strain.  The film has been radiated on Blu-Ray with special features and a shiny new transfer by Arrow Video

What scares you?  Masked Serial Killers?  Ghosts with vengeance on its mind?  Cannibalistic Humanoid Underground Dwellers?  Killer Dolls?  Possessed Little Girls?  Everyone has their “button” that if even pushed the slightest sends them off into a fear-induced cold sweat.  Mine? Quite simple.  Viruses.  Not your common cold or flu but ELE-style Viruses (ELE for those that have not read a Richard Preston Novel nor watched the greatness that is Deep Impact is Extinction Level Event).  Not viruses that turn you into a zombie.  No the ones that make you bleed from all of your orifices before you turn into jelly.  Robert Wise’s adaptation of The Andromeda Strain is the perfect example of the cold and calculating nature of science that places this reviewer into a cold fop sweat.

The film deals with the recounting of an outbreak as told by to a Senate Oversite Committee.  The clinically told tale of things done right and things done wrong within this delicate situation is as cold as the cold deep storage they keep viruses in.  A team of Scientists lead by Dr. Jeremy Stone (Arthur Hill) are called to Wildfire a secret Government installation.  Their charge; to find the cause of the residents of a small Nevada town suddenly dying, all but an infant and a 69-year old man.  The hows and whys of Doctors Hall (James Olson), Dutton (David Wayne), and Leavitt (Kate Reid) discoveries about this town’s residents and a government satellite are as much about their characters and the baggage they bring in as it is about what could possibly be an extraterrestrial lifeform.
Robert Wise has always been a director though his style is classic directorial flourishes fitting to each project but never pushing too far outside his comfort.  That said the choices made on behalf of any production, especially later in his career, were sometimes bold ballsy choices.  Here with his cast, production design, score, and the overall dictum of detached clinical realism help the endeavor as a whole.  The histrionics are at a minimum.  Anything approaching a “set piece” or narrative “setups” are done with such realism that they literally hide the fact of what they are until an audience is in the midst of that action.  In a word, Wise has brilliantly solved how to adapt this piece of pseudo-science narrative that in it of itself is cold and calculating.

The Andromeda Strain isn’t a bombastic thriller ala the ham and cheese Melodrama of Outbreak.  Rather its controlled and calculating nature makes it an all-together different type of thriller.  One that slowly creeps into your waking dreams. One by its end you will not soon forget.

The New restoration by Arrow Films from a 4K scan of the original camera negative is as beautiful as one expects from Arrow Films.  The transfer retains all the beautiful grain and sharp primary colors that Wise and Cinematographer Richard Kline shot the film with an eye for. The color reproduction on this transfer is especially wonderful.  All one needs to do is play any of the scenes where the group is on sub-level 1 where the walls are painted a deep red.  The transfer has no problems with bleed through or digital noise through the entire scene.  If for nothing else fans of the film should purchase this disc for this new transfer, it’s aces!

The Commentary is by critic and author Bryan Reesman. Reesman discusses the behind-the-scenes production details, a critique of the film, the history of Crichton becoming a writer, and more. The critic/author approach is very entertaining and less scholarly though the content he does give us some great technical and historical anecdotes.

A New Strain of Science Fiction is a newly produced 28-minute visual essay/interview with critic Kim Newman. Newman discusses the origins of Outbreak/Plague Sub Genre starting with various authors that started the trend beginning with Elia Kazan’s Panic in the Streets moving to The Thing to The Crazies all inform on and to The Andromeda Strain. Newman takes a deep dive into the genre and its troupe and how they tie to the various eras these films were produced in. As always Newman is always acutely aware of the social, political, and cultural impacts these films and also reactions in the film by social, political, and culture. Newman also dissects the Michael Crichton sci-fi novel and it’s conventions as they relate to The Andromeda Strain.

Making of is a 30-minute making-of documentary from the original DVD release. Handsomely produced starring Robert Wise, and the rest of the cast and crew (including comments by Crichton). The featurette covers everything from the book, the docudrama-style that informed on casting, script development, production design, and direction. They do manage to put some great anecdotes like a Crichton cameo, fictional bibliographies, the massive script, the inventive set work, Albert Whitlock’s contribution, the early use of CGI, Douglas Trumbull’s contribution, and even a discussion on how they did the infamous Monkey scene with the SPCA on set. (Note: The score from The Thing is the primary score for the making of)

A Portrait of Michael Crichton is a 12-minute interview with author Michael Crichton. The featurette discusses the origins of The Andromeda Strain and how he went from Medical Student to an author with a pseudonym to best selling author. It’s a great look at the strange road that the author took to his first best seller.

Cinescript Gallery is the ability to read the massive script that was designed and written by screenwriter Nelson Gidding is can be viewed as an item on the BD-ROM of the disc or from the menus. Take a look at this!!! It’s an amazing document. Well worth your time.

The Andromeda Strain is given the A-List treatment by Arrow Video. HIGHEST POSSIBLE RECOMMENDATIONS!!!