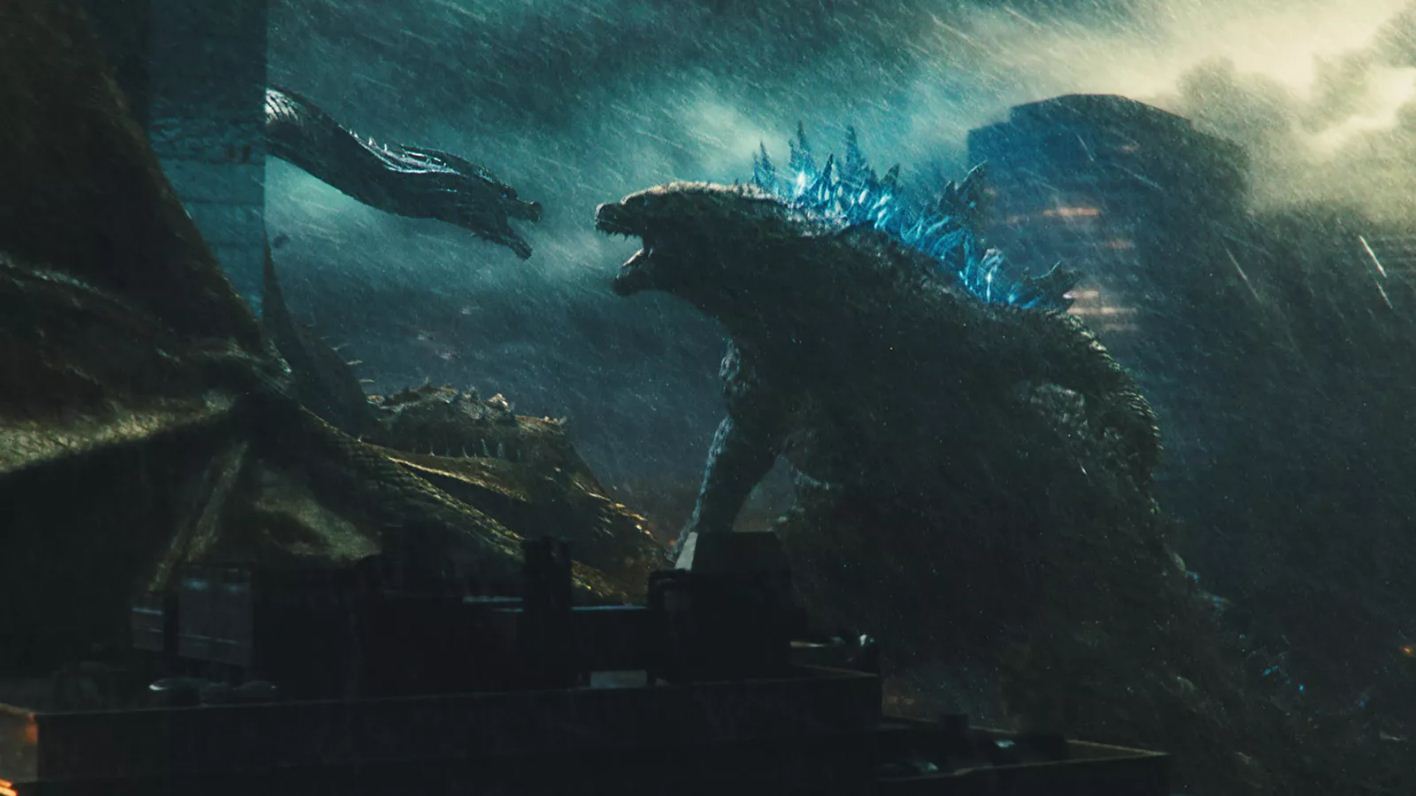 Fandom said, “Let them Fight”.  That’s exactly what Mike Dougherty and Co. have done with the newest Kaiju epic Godzilla: King of the Monsters

There is one thing for sure, Godzilla: King of the Monsters delivers the drag-out-smack-down-brawl-to-end-all-brawls in the biggest loudest way possible that Kaiju/Godzilla fans have been waiting for on this scale and budget.  The creatives behind Godzilla (2014) listened to Fandom when they said that they did not want a Spielbergian ground level take on Biggest Baddest of Kaiju.  They dumped a few key players (the director Gareth Edwards, most of the headlining cast, though the supporting cast remained), added a few new ones (specifically the talents of Director Mike Dougherty, and stars Millie Bobby Brown, Kyle Chandler, Vera Farmiga, Zhang Ziyi, Charles Dance, Bradley Whitford, O’Shea Jackson Jr. just to name a few) the result that is more akin to Roland Emmerich’s late ‘90s Sci-Fi classic Independence Day. Your enjoyment of those results is correlated to your love of giant monsters battling one another.

The film picks up in the midst of the final fight between Godzilla and the MUTOs from the first picture; we are given a different perspective though.  This time we see the Russell’s Mark (Chandler), Emma (Farmiga), and Madison (Brown) feeling the repercussions of the death and destruction as the Kaiju laid San Francisco to waste.  We cut to five years later (how convenient it’s 2019) and the world that is dealing with Titans’ (what they call them instead of Kaiju) emergence.  We also find the Russell’s are doctors!  Well, at least Mark and Emma are, Madison is on her way through.  The nuclear family has been separated by family tragedy.  Gasp!  Shock!  Emma works for Monarch (the not-so-super-secret Government Agency tracks and deals with the Titans… think S.H.I.E.L.D. but for monsters) and often lets her daughter into Top Secret facilities.  It’s there that everything goes to hell.  Ex-Colonel Alan Jonah (Dance, last seen being killed on a medieval toilet by Tyrion Lannister) has an evil sinister plan to release all the Titans.  But to what end dear reader?  Well, you’re going to have to see the film.  Assurances that it is a very-very-very formulaic plot device to set into motion what you’ve come for; GIANT MONSTERS BATTLING IT OUT WWE SURVIVOR SERIES STYLE!!!!!

Many will find the strange narrative and character motivations frustrating if not familiar with Kaiju movies, specifically the last iterations of Godzilla from Toho (not the Shin Godzilla/Reiwa Period series that has just begun but the one previous eg Godzilla Final Wars/Millennium Period).  Godzilla: King of the Monsters is not designed to be some sort of European Chamber Drama.  Its sole purpose is to kick ass and take names with a minimal story, character, and plot.  Those particulars are at the service of the ginormous set pieces the creatives have designed.  If character’s (and they this do A LOT) actions seem out of place or contrary to what was developed?  Remember it is in service to get to the action and only the action.

Director and Co-Writer Mike Dougherty had created a film that sets the stage for all the bombast, sound, and fury that $175 million budget can throw at a screen.  This is not a bad thing for the right audience.  Part of the delight for many viewers will be just how closely he and his crew of behind the scenes technical geniuses’ followed to the original source material.  Where the 2014 Film focused primarily on one person’s experience, here we find an ensemble of actors that share the screen together.  Dougherty understands that many, almost all, Godzilla films have an element of teamwork and cooperation between the human characters. Which again seems contrary to the last statements but consider that many of the humans are essentially hive-minded.  The good guys and the bad guys are literally that as a collective sum.  To which is hilariously close to how the best Kaiju movies work; fewer humans, more monsters beating up monsters.

That is not to say that the screen time given to the humans is directly proportional to the Titans/Kaiju.  They are not.  Not by a long shot.  The film spends most of its time in the midst of set pieces, humans being used for scale and geography within a given action set piece.  This is where many will find umbrage with the film; its lack of depth of character development, to which even if one hates the film for this must respect it as it is an affectation of the original source material.  Rarely do we see film commit to a style and a point of view that could alienate even one of the holy four quadrants.  Godzilla: King of the Monsters, for better or worse, hangs it’s head proudly high in its deficiencies and triumphs.  You will have to judge for yourself which side it falls on.

Godzilla: King of the Monsters is in theaters now