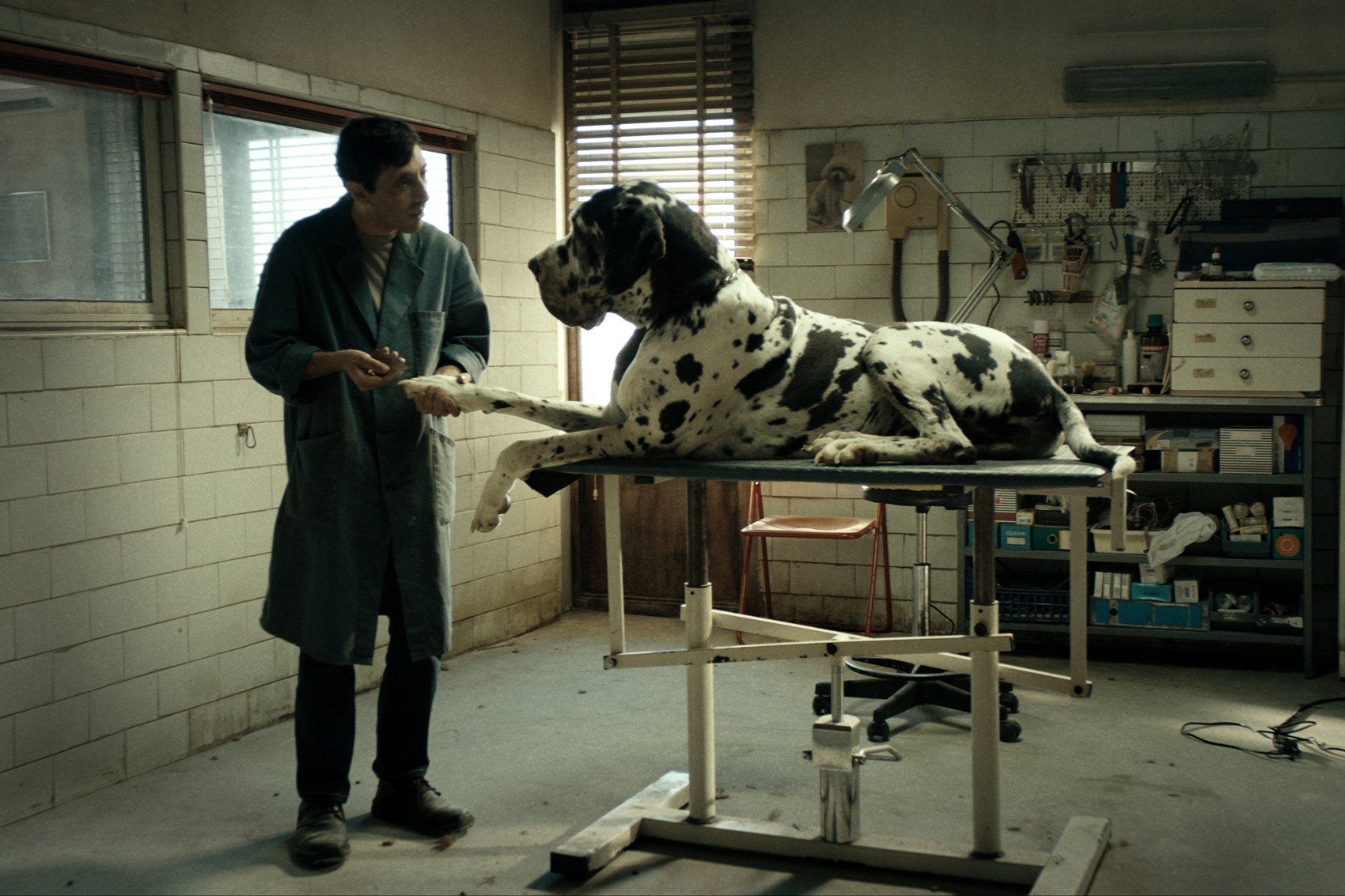 The hapless protagonist in Dogman, the new film from director Matteo Garrone (Gomorrah), is a meek man named Marcello. He doesn’t have a proactive bone in his body. Marcello seems like a man who was bullied as a child, and life continues to push him around to this day. He works as a dog groomer in a small, low-income suburb. To supplement his meager income, Marcello has become a small time drug dealer, selling cocaine to local hooligans.

One of his customers is Simoncino, a short-tempered thug who listens to his violent impulses rather than reason. He intimidates the local business owners and bullies Marcello into giving him drugs for free or on credit (which might as well be free). Marcello walks on eggshells around Simone. He simply wants to make a modest living and spend time scuba diving with his daughter. But Simone is a human land mine. Eventually Marcello is going to step on his toes, and his life is going to blow apart at the seams.

Dogman is an Italian crime film, but not in the traditional sense. There’s no Mafia presence. No rival families scheming their way to power. No corrupt members of law enforcement pulling the strings. No shootouts in the streets. The scale of Dogman is much smaller. It examines the balance of power in a single neighborhood.

Dogman shares more in common with a revisionist western than a typical Italian crime film. The local shop owners meet to discuss the Simone problem, but no one has the guts to confront him. One merchant suggests they hire out-of-town “help”, and we momentarily wonder if we’re veering into Magnificent Seven territory. (We’re not.) Simone circles the neighborhood on his motorcycle, a horse for the modern age. Dogman feels like a spaghetti western where the town is being held captive by Simone, only Clint Eastwood isn’t going to come riding to the rescue.

Marcello Fonte gives a powerful, quiet performance as the unlucky dog groomer. He speaks rapidly, seeking to deflect attention from himself. In his eyes, we see he has spent his life battling an endless succession of Simone’s. From childhood to adulthood, Marcello has been a victim. (It’s not a coincidence that the final scene of the film takes place on an abandoned playground.)

Dogman gives its audience a fictional look at the back alleys of Italy where tourists never go. Behind the canals, the cathedrals and the museums, thousands of people live out their lives in the shadows of history. Dogman shows us the dirty sidewalks, the stained floors and the people who struggle to make ends meet. There’s a universality to Marcello. We’ve met people like him, and at various times in our lives, we have walked in his shoes. His humanity gives Dogman its resonance.