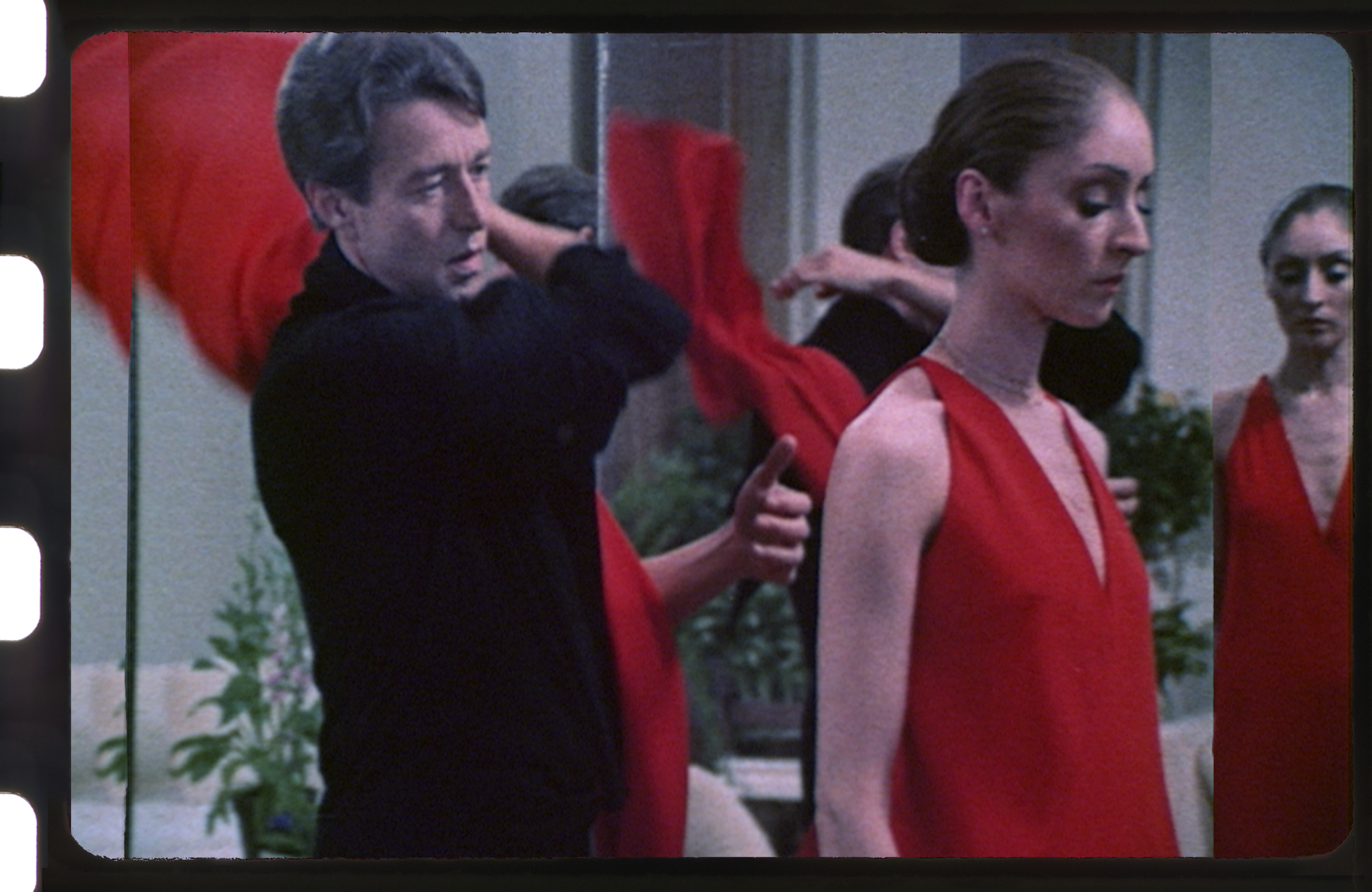 There’s a lot going on in this documentary about one of America’s greatest designers – and a lot below the surface which remains uncovered. Halston is a feast for fashion fans.

“The following film is a documentary. However, the narrator is a fictional character.”

Thus opens Halston, the latest fashion documentary from French director Frédéric Tcheng, whose previous documentary Dior and I clearly announced the director’s interest in the world of haute couture.

The narrator (played by Tavi Gevinson) is, we are meant to believe, a young archivist exploring video tapes of interviews from the 70s and 80s. Through viewing the tapes, she pieces together for the viewer the rise and fall of the diva designer. The oversized spectacles and clunky technology allow her to take us on a whirlwind ride through some of the iconic American looks of the 40 years ago.

Halston claims to provide a “behind-the-headlines look into the thrilling struggle between Halston’s artistic legacy and the pressures of big business”. It does that, but it also indicates that Halston himself was not just a victim of business, but also started to believe his own publicity. His metamorphosis from Roy Halston Fowick a boy from Des Moines, Iowa into the monoymous Halston – America’s first great fashion designer, was to be not only his success but also his undoing.

The first part of the documentary will definitely please fashion fans. Interviews with former employees and catwalk models show that they adored his creations and his attitude to dressing women, and there is plenty of runway footage showing of the designs. The garments are so evocative of the era; I hadn’t realised that the slinky glamourous designs that I saw in US TV programmes or fashion magazines at the time were so heavily influenced by Halston, and I was transported back to the days of the original Charlie’s Angels. (Side note: as an amateur dressmaker now I would have loved to have had a closer look at the one-piece patterns, and seen exactly how just one or two seams would transform the fabric into a flowing gown, but alas that was not dwelt upon.)

But fame and success bring other issues, and Halston finds himself in a fight for his very name with the businesses that allowed him to be so successful in the first place. Now the talking heads are lawyers and CEOs, and we are told more about the impact on Halston of some poor business decisions.

There are also questions raised about his lifestyle, although close friends, particularly Liza Minnelli, close that line of questioning down fairly quickly, indicating that digging for dirt should not be a topic for discussion.

There’s quite a lot going on in Halston and it’s all fascinating – apart from the invented narrator who seems rather superfluous. And despite learning a lot about the designer, like an iceberg, I feel there was much more under the surface that the filmmaker never even got to.