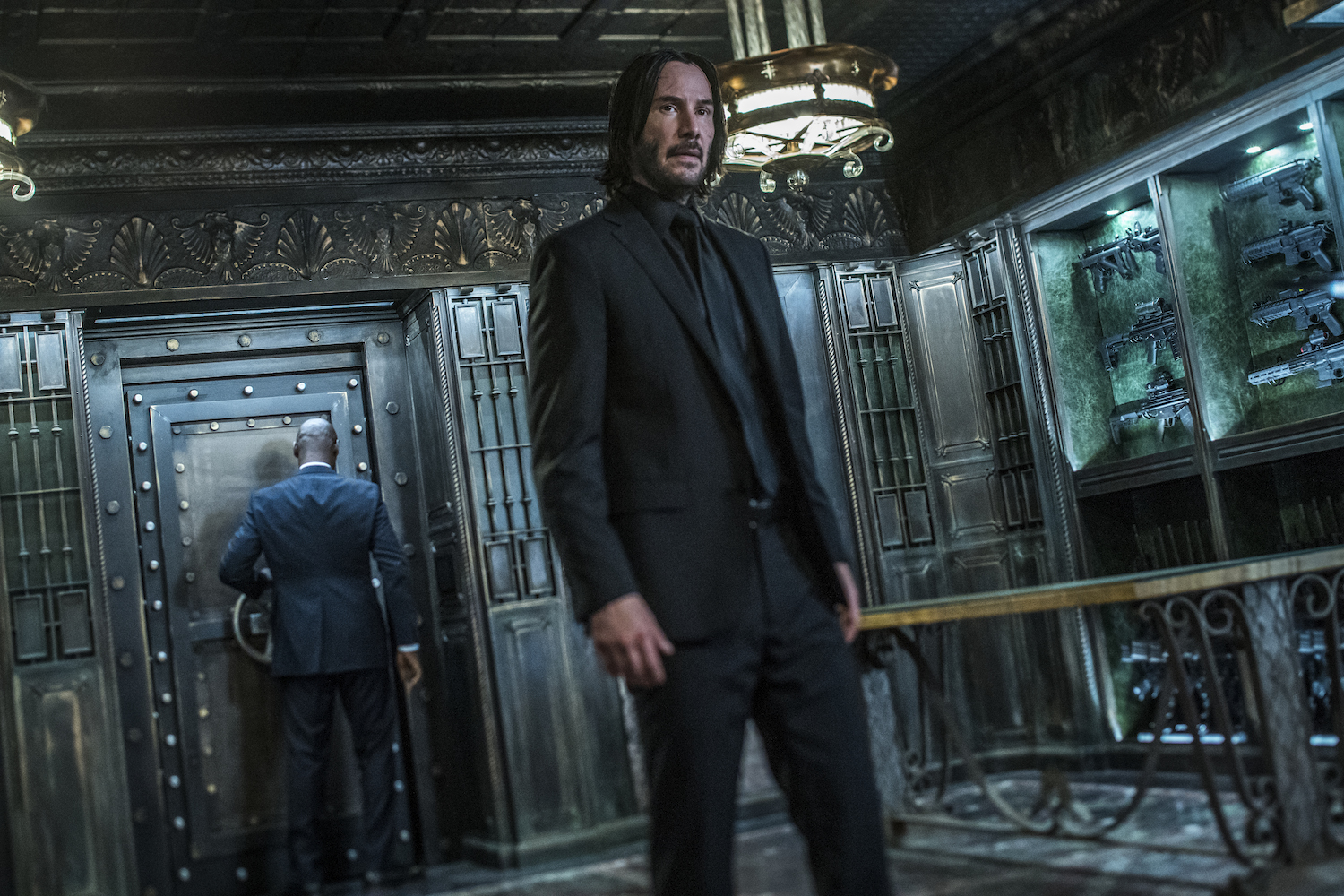 The English language offers conflicting insight into how we should regard the third installment in a film franchise. Two’s company; three’s a crowd would suggest that one sequel is plenty, a second one is overkill. But, then we have the old standby of Third time’s a charm suggesting that a third film can put the figurative cherry on top of the cinematic sundae.

So where does John Wick Chapter 3: Parabellum fall on the continuum of idiomatic expressions? Well, it’s a split decision. The first forty-five minutes is a riveting master class in fight choreography and action cinematography. The two initial set pieces produce the same holy shit they did not just do that reaction that I felt during the majority of the first two films. However, the final hour-plus of the film feels like a retread of sequences from the previous installments. At some point killing wave after wave of stuntmen becomes numbing. Fun and catharsis give way to tedium. It’s no one’s fault. By the third time around the block, enough may simply be enough.

That said, John Wick Chapter 3 is a lot of fun. I cackled out loud during the opening fight in an antique weapons shop and slapped my armrest with glee during the subsequent brawl in a stable. If you’re a lover of hand-to-hand fight sequences, you have to applaud the sheer audacity of those two set pieces. And the “no cheat” cinematography and editing is simply the best I’ve ever seen in action film-making. Instead of choppy, confusing fights that are an indecipherable blur of flying arms and legs, all of the John Wick films offer long takes and wide shots. It’s sublime action choreography with nowhere for the actors to hide. The camera reveals all, and thanks to hour upon hour of rehearsal by Keanu Reeves and his supporting cast it unfolds seamlessly.

The second film dug deeper into the mythology of the Wick-verse, and Parabellum continues that trend. If you like the baroque world-building with its dimly lit libraries, tailors who make bulletproof suits and assassins bound by a code of conduct, then you will enjoy the ways in which those rules are expanded and expounded upon in this third film. If those plot points have always seemed contrived and inscrutable, then you’ll have plenty of time to refill your popcorn between fight scenes.

Another ace up the film’s sleeve is its superb stable of supporting players. Ian McShane (Deadwood) and Lance Reddick (Bosch, Fringe) reprise their roles as the manager and concierge of The Continental, the hitman hotel where the John Wicks of the world go to convalesce with total amnesty from their fellow assassins. This film sees the addition of Mark Decascos (The Brotherhood of the Wolf) as Zero, a killer in the employ of The High Table who is tasked with bringing Mr. Wick to justice after violating the amnesty rules at the end of the previous film. The character and Decascos’ performance are a cut above the standard “bad guy” tropes because Zero so admires Wick that he almost can’t bring himself to kill the guy. It’s like a diehard Star Trek nerd being asked to kill William Shatner, and the results give the conflict a nice streak of dark humor.

Asia Kate Dillon (Billions) is a new addition to the franchise. She is an adjudicator, an administrator with The High Table tasked with closing out John Wick’s “file”. Dillon plays the part with the same chic sense of authority as her male counterparts and holds her own with McShane, Reddick and Decascos. And lastly, Halle Berry joins the Wick-verse as Sophia, a former hitwoman who simply wants to retire until circumstances force her back into the game. Sound familiar? Her fight sequence involving her trained attack dogs is another gem (although it runs a bit too long).

So, to see? Or not to see? That is the question. If you’ve seen the first two John Wick films, then you don’t really care what I think. You’re headed to the theater, maybe more than once. If you haven’t seen the previous films, just know that Mr. Wick broke some rules in the first two films, and now his former colleagues are after him. And go see it on the biggest screen you can find: IMAX, Baby Max, Big D, whatever. With its neon color palette and stunning fight choreography, you want to see Parabellum writ large. It’s one of those films where home video doesn’t quite do it justice. It’s a spectacle. Nothing more; nothing less. And that’s enough.