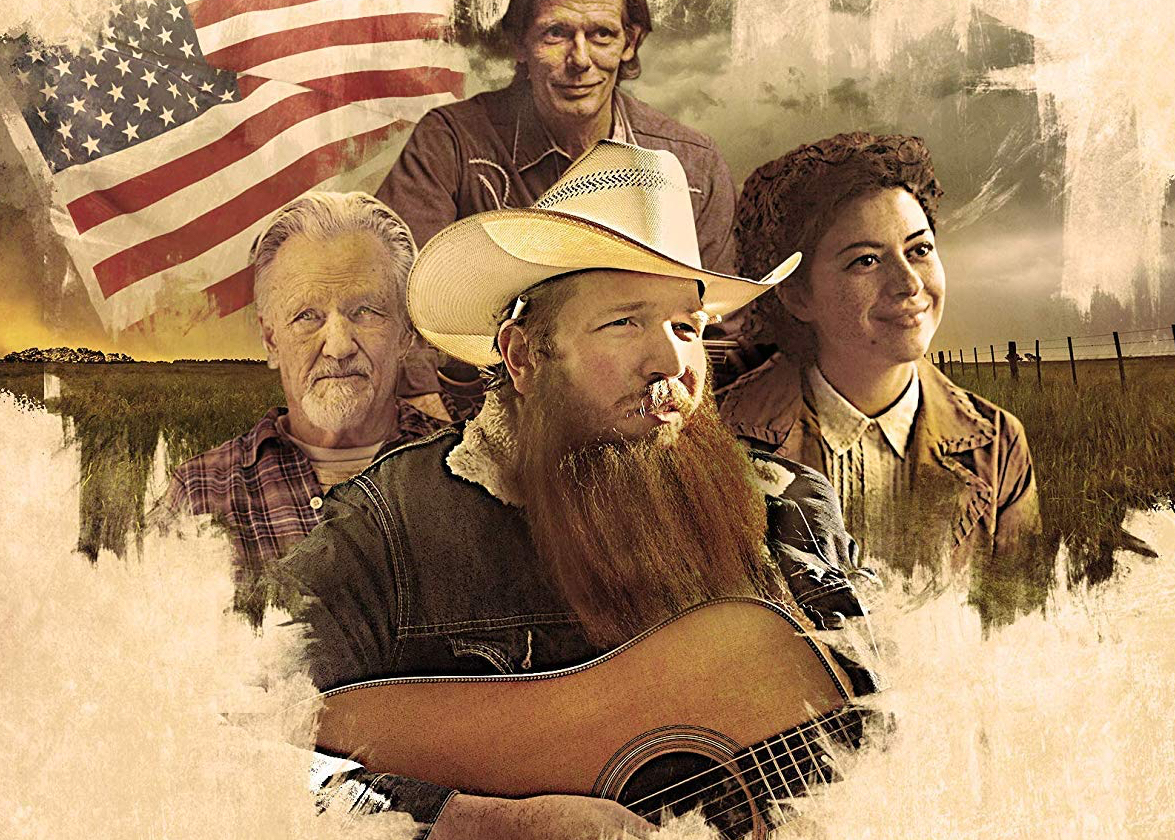 Adam takes a look at Ethan Hawke directed Blaze, about the life and times of Cult Blues and Folk singer Blaze Foley.  Shout Factory and IFC have brought the film to Home Video with a beautiful transfer and thoughtful extras.

Part of the beauty of cinema is its ability to inform you of a culture you were never aware of in a specific way that Film can.  As much as I am a fan of Biographies and Autobiographies the filmic form of the genre, the Biopic is one of the best, but well-worn and often cliché-ridden of any genre of film. Though with one caveat, the subgenre of the Musical Biopic is doubly so.   One need only watch Walk Hard: The Dewey Cox Story for one’s view of this subgenre to be ruined.

Though once in a great while the Musical Biopic is done with such measured love and care for its subject those complaints of cliché and inauthenticity melt away.  Blaze the newest film from writer/director Ethan Hawke is one such film.  From the opening moments to the somber ending this tone poem is as authentic as the bars and dives that Blaze Foley played back in the ‘70s and ‘80s.

The movie tells the story of the aforementioned Mr. Foley, a nearly-forgotten Texas-born Folk Singer-Songwriter that influenced many current musicians wide-ranging from Lucinda Williams to The Kings of Leon to legends like Merle Haggard and Willie Nelson.  Rather than tell Foley’s (played by real-life musician Ben Dickey) story linearly, the film moves in and out of his life as his two friends (played by Josh Hamilton and Charlie Sexton) recount and recollect stories about the legend and the man.

Hawke has moved up a level as a filmmaker with Blaze. The passion, intimacy, and adroit verisimilitude that he brings as a director is beyond reproach giving the film an earthy quality that recalls the best of Ingmar Bergman’s work.  There is a whisper-like quality that Hawke and Co. have imbued the film with that makes one lean in as though you must listen intently.  This is not a film that is huge on bombast or those “life-changing” moments that litter the subgenre’s worst entries. Rather Hawke allows the Blaze and those around him to just inhabit the world as they would.

What could be considered clichés are made so humane and with such a delicate and meaningful touch they feel new.  We have seen Parental Disapproval, Drug Abuse, and Dissolving of Marriages within the confines of the Musical Biopic but not like this.  There is a soulful understanding here that is almost earnest even in its darkest moments. That is where Blaze finds its power; in its complex but tender look at a Legend gone before success and acclaim could fill his life.  One can only hope that Hawke the filmmaker can find material that stirs his soul as much as Blaze has.

Shout Factory has given the film a wonderful transfer. The film which seems like a visual homage to Bound for Glory and other great 1970s era films.  Its sepia dusty image is rendered wonderfully on this disc retaining sharpness and great contrast levels.

The Audio commentary featuring Ethan Hawke finds the man in a very loquacious mood discussing the production, the book it was based off, Blaze Foley the man, his own life and childhood in Texas.  When not dispensing details about the project and its production Hawke cheekily calls bullshit on Cassevettes (saying Shadows was completely “improvised”) or shooting the film on one lens. Hawke’s intelligence, passion, and artistry come through loud and clear in this track. Additionally, there’s a very personal moment between Kris Kristofferson that will get you choked up. Which is one of the most beautiful and heartbreaking moments of the film even more heartbreaking.  For any film fan that loves Hawke as an actor, do yourself a favor and purchase this disc for this commentary.

The Behind-the-Scenes Featurette is a 7-minute featurette in the making of the film. This is more of a tone-poem than your typical EPK.

Trailer rounds out the special features.

Ethan Hawke’s Blaze is a special film with this release on home video will find its audience.  Shout Factory/IFC has given it a beautiful new coat (e.g. transfer) and thoughtful extras. HIGHEST POSSIBLE RECOMMENDATIONS!!!!

Shout Factory’s Blu-Ray of Blaze is out now