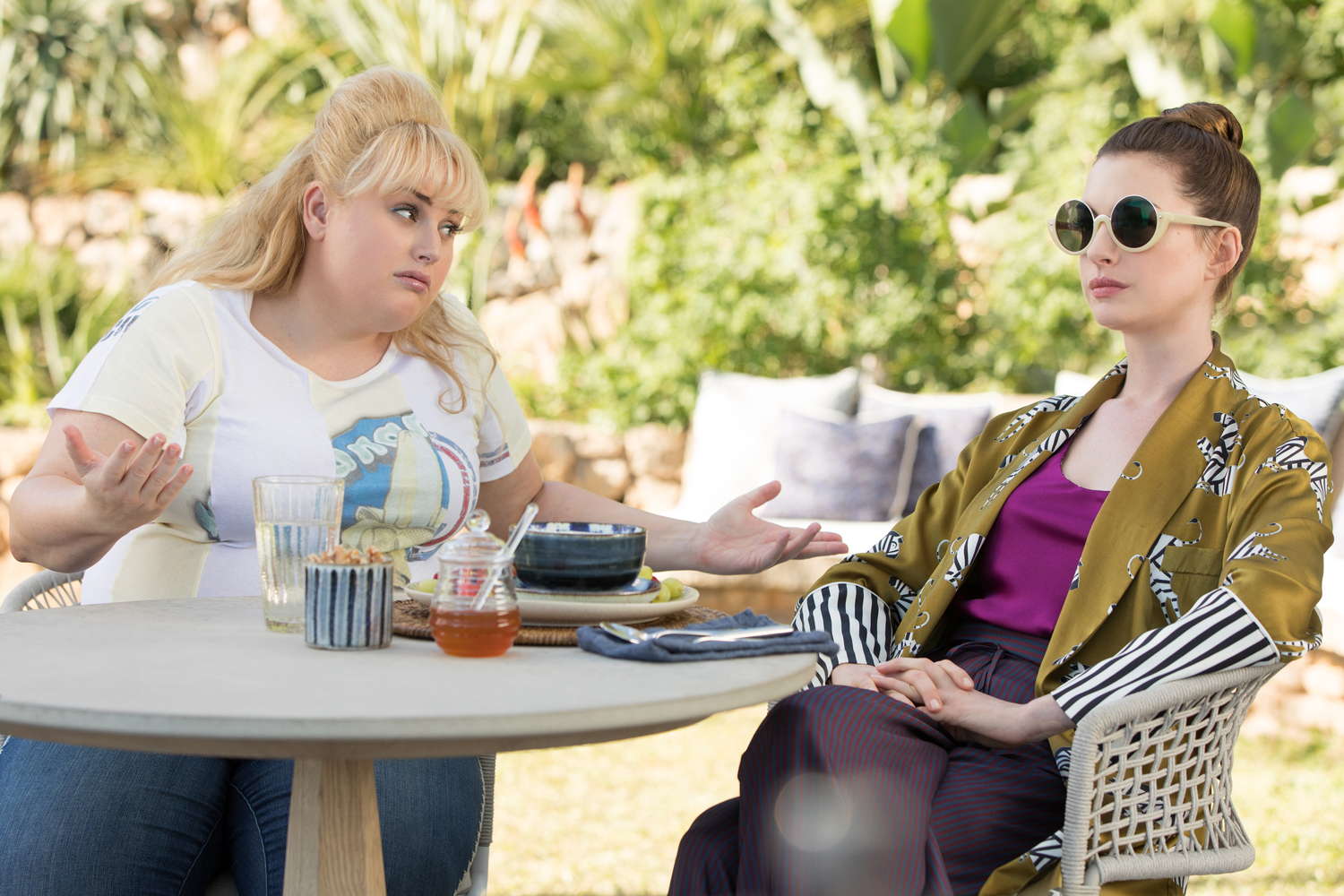 Adam takes a look at the Anne Hathaway/Rebel Wilson remake of Dirty Rotten Scoundrels (and little seen gem Bedtime Story), The Hustle. Is the film worthy of the originals or just another in a line of bad remakes?

A Female Remake of Dirty Rotten Scoundrels sounds like a magnificent plan in theory.  So many possibilities to talk about Toxic Masculinity, Female Empowerment, and the like.  The actuality of the Rebel Wilson/Anne Hathaway comedy team-up is rockier than one would expect.  The Hustle settles for mildly entertaining when it had a chance for so much more.

Josephine (Hathaway) and Lonnie (Wilson) though in the same profession, Confidence Women both, each approaches their craft very differently.  Josephine is Cary Grant slick convincing disgusting men out of their wealth.  Lonnie is Jim Carey goofy running a catfish scam across the US and now into Europe.  It is only a matter of time until these two meet and worse team up.  Lonnie in awe (and disgusted), Josephine disgusted (and in awe) of each other.  What begins adversarially morphs into mentorship and eventually into a game of confidence in the name of ego.  Will the master (Josephine) best the learner (Lonnie) or will the other way around?  Twists and turns abound for these two.

The Hustle as stated before is a remake of Dirty Rotten Scoundrels (which is itself a remake of Bedtime Story a little-seen Marlon Brando/David Nevin team up), which is part of the issue.  Screenwriters Stanley Shapiro, Paul Henning, Dale Launer, and Jac Schaeffer feel the changing of the sexes in the lead characters are enough.  The film often plays the comedy beat for beat without variation.  Worst, when they do write something that does deviate from the Original(s) it is to the most obvious of comedic clichés.

Part of why Dirty Rotten Scoundrels worked so beautifully was because the script was tailor-made for Michael Caine and Steve Martin’s specific comedic talents.  Rather than adjusting, tweaking, and really figuring out why should this remake should have happened, suiting it to Wilson’s and Hathaway’s specific talents, they have left the actresses figuratively out to dry.  It is not that the film is boring, it’s not, it suffers from a leveled mediocrity in scripting which actors can only do so much with.

Hathaway is the MVP of the film.  As Josephine, Hathaway morphs herself into a Confidence Woman of supreme confidence.  Everything from her accent to her walk to her subtle looks is comedy ice queen perfection.  This is the second time in 2019 that the Actress has been amazing in a less than stellar film (see Serenity) which only proves this critics theory that Hathaway even though a Star is undervalued as the great actress she is.

Wilson is much more troubling in the role of Lonnie.  What could have been a great moment of a comedic one-two punch from the actress (coming after the clever Rom-Com Isn’t it Romantic) is not the case.  The writers seem determined to take us back to Chris Farley-era “fat person falling down” bits of comedy with Wilson.  Though Farley’s brand of comedy was a cliché even then, his very best films allowed him to bring his own charm and most importantly heart to the roles.  This does not happen in The Hustle for the actress.  Rather the screenwriters spend the running length of the film setting up a series of jokes that end with Wilson’s Lonnie in some sort of physical pratfall.  Even 31-years ago when the original (I know the remake) was released these types of stereotypes were eye-rolling stupid.  The actress is much better than that and it’s embarrassing to see both screenwriters and a director push so aggressively towards this.  Further confounding the matter is that Wilson produced the picture.

The Hustle is a missed chance.  Yes, there are laughs and it’s beautifully shot.  So much of the film is on the nose trite humor, most involving Wilson, that even the best of the film, everything that Hathaway does, sinks under the weight of everything else.  Let’s hope that Wilson can find better material that doesn’t have her making “fat person falling” jokes or keep them to a bare minimum. Also that Hathaway will find a Film truly worthy of her specific comedic talents.

The Hustle is out in theaters May 10th