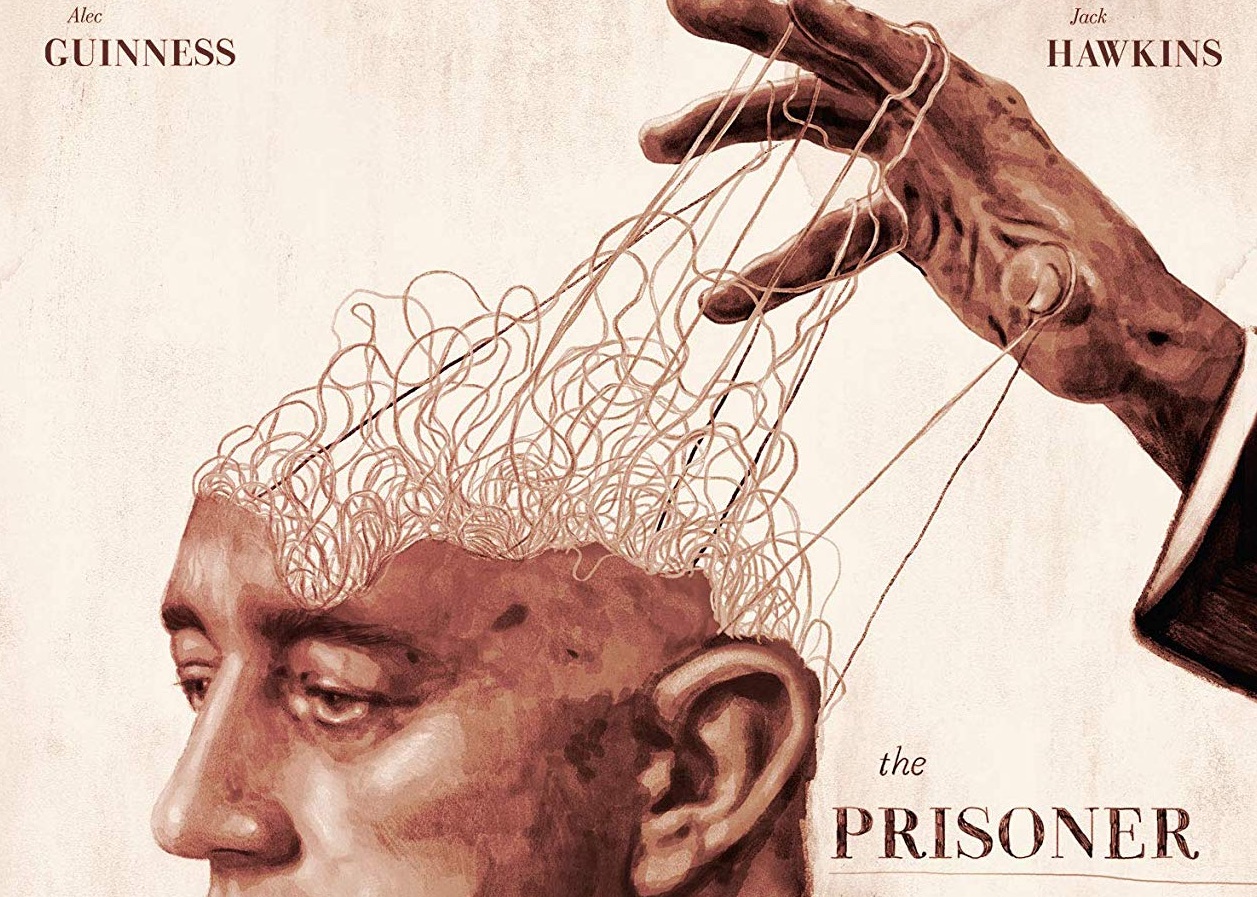 A film charged with being both anti- and pro-Communist must be doing something right. Marie found The Prisoner to be an engaging and complex discussion about the state, the church, and where exactly power lies.

Although very obviously developed from a stage play, The Prisoner (written by Bridget Boland and directed by Peter Glenville) succeeds in channeling the restrictions of the limited number of sets used into the claustrophobia of communist state interrogations.

In the opening, exquisitely observed scene, The Cardinal (Alec Guinness) is celebrating mass – with all the attached pomp and ceremony – when a cabal of police officers arrive to arrest him on charges of state treason. He is unsurprised and allows himself to be led away without challenge.

The Cardinal’s interrogator, unnamed, is Jack Hawkins, a former doctor who fought with The Cardinal as part of the resistance during wartime but is now working with the (presumably) communist state to weed out insurgents. The Interrogator knows from experience that The Cardinal can withstand a high level of physical pressure, and so chooses to wage a psychological battle to wear the church leader down and have him confess his betrayal publicly.

There are a handful of smaller, mostly inconsequential characters in The Prisoner but the film is essentially a two-hander between Guinness and Hawkins, with both of them on excellent adversarial form.

The film came in for criticism on many fronts upon release – it was deemed anti-Communist, pro-Communist, anti-Church – and in reality, both sides kind of win and lose on the day. Viewers’ own political and religious leanings may determine which way they see the argument play out, but the state v church discussion in the hands of these two actors is captivating.

Shot in black and white, The Prisoner is visually stunning. High, angled camera shots looking down on proceedings invoke thoughts of … well, is it God watching over things, or perhaps state surveillance cameras … it could be either. Or both.

Either way, it’s well worth taking some time to watch The Prisoner, which also deserves credit for coming in at a lovely and compact 94 minutes; many such philosophically-themed narratives might have been tempted to run longer.

Useful to know: the Blu-ray special edition from Arrow Academy comes with a couple of interesting extras – a new video appreciation of the film by author and academic Neil Sinyard, entitled Interrogating Guinness, and commentary on selected scenes by author and critic Philip Kemp.

The Prisoner is available on Blu-Ray on 11th March in the UK (and the 12th in the US).