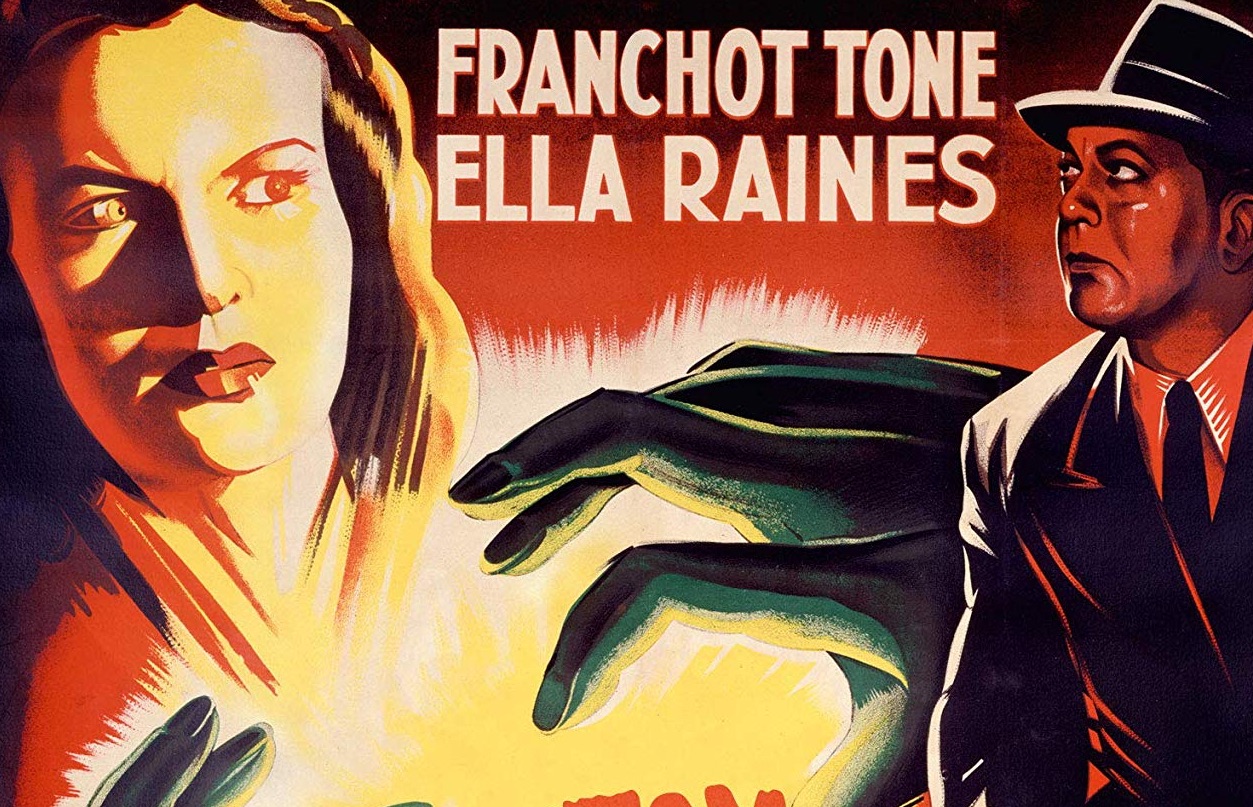 A new transfer of a classic film noir from Robert Siodmak drew Marie to the front of the line to find the Phantom Lady. New from Arrow Video.

Master of Noir Robert Siodmak (The Killers) is the subject of the latest Blu-ray transfer from Arrow Academy.

Phantom Lady stars Alan Curtis as Scott Henderson, a man who spends an evening at the theatre with a mysterious woman, only to find on his return home that his wife has been murdered. The mysterious woman would be his alibi – if he could find her and prove that they were together. The search for the woman is led by Henderson’s secretary Carol (Ella Raines), joined later by his good friend Jack Marlow (Franchot Tone).

Although the eponymous phantom lady appears briefly, the real star is Ella Raines, turning from loyal secretary to fun-time girl in an attempt to get information from a very sleazy drummer. The scenes in which she attempts to seduce him are positively electrifying, with one verging on pornographic; I was surprised that it passed 1944 censors. By contrast Franchot Tone is given to some terrible physical acting which I imagine was poor even in the 1940s, or a very strange choice at the very least.

It’s always difficult to talk about mystery thrillers without giving too much away, but this zips along at a bouncy pace and, with a limited number of characters to follow and only one glaring fortunate coincidence, it’s easy to follow.

There’s never any doubt that this is a classic film noir: the camera angles, the lighting, the shadows are exactly what you would expect and very stylish, and although perhaps it becomes too obvious too quickly exactly what is going on, it’s worth the watch for Ella Raines alone.

The special edition disc comes with the following additional features:

Phantom Lady is released on Blu-ray on 4th March 2019